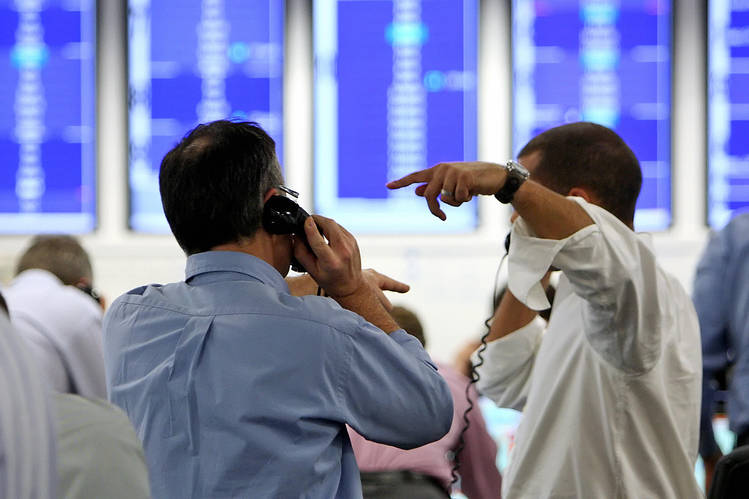 A report about a Goldman Sachs managing director who left the bank after winning big on dogecoin has ignited chats among bank and hedge fund trading floors about what can and can’t be traded on a banker’s personal account. And about whether they should pile in, too.

Aziz McMahon, a London managing director in emerging market sales, quit Goldman after raking in millions from dogecoin, and may start his own fund, eFinancialCareers reported.

Any doge trades would likely have been bought with McMahon’s own money, traders at Goldman and other banks told Financial News. While Goldman told staff on 6 May that it is forming a cryptocurrency trading team, it has not been rolled out yet, and when it is, it will only be for futures trading. Goldman’s announcement of the desk includes a disclaimer that notes “the firm is not in a position to trade bitcoin, or any cryptocurrency (including Ethereum) on a physical basis.”

READ  From bitcoin to blockchain: Inside Goldman Sachs’ crypto unit

Many financial firms have policies about personal accounts, or PAs, backed up and pored over by compliance teams. A bank analyst covering Apple’s stock for clients, for example, wouldn’t be permitted to make his own bets speculating on such stocks on the side, traders told FN. Similarly, many hedge fund managers aren’t allowed to buy and sell stocks held by the fund.

It’s “varied by bank,” said one equities trader at a boutique firm in London, who has previously worked at big Wall Street banks. “Some don’t allow it at all. Generally, if we don’t cover it and get compliance sign-off, we’re ok.”

That creates an opening, says the London trader. As most banks don’t currently trade crypto physically, anyone wanting to take a punt with their PA can sidestep official policies by piling into bitcoin, ether, dogecoin or any other cryptoasset.

“Some of my colleagues have” traded cryptoassets lately, said the trader. “It’s just a punt to make money.”

“From a regulatory perspective, the firm just has to have a way of managing the conflict of interest between itself its clients and its staff,” said a senior compliance executive, whose career includes stints at banks and fund managers in London. Most firms will also have a minimum holding period of 30 days, he added, “making sure people focus on the day job rather than their personal accounts.”

With crypto, “there probably aren’t that many conflicts of interest”.

“I’ve never held a stock PA as I’d be fired,” says one London-based equities trader. “But I am invested in 10-plus cryptos as they’re not even mentioned. Banks don’t want to know. My compliance officer literally said, ‘Please don’t talk to me about cryptos. I’d prefer it if I didn’t know.’”

A portfolio manager at one London hedge fund said he’s piling into bitcoin and ether because they have become “real investible assets now.” He uses Coinbase to make his bets — “No point in paying a desk to do it” as he does with trades on his firm’s book.

Back when he worked at a large US hedge fund, he says: “We were allowed to trade PA, but it was a pain in the ass for single stocks. We couldn’t trade anything that we had in the portfolio, and there were washout periods for most things. ETFs and funds were fine.”

READ Billionaires and blockchain – What’s behind the rise of Ethereum?

As for McMahon, he’s a “top boy” who is well known at Goldman because of his background in macro, which involves any and all asset classes, former bank colleagues told FN. How do they know Goldman doesn’t secretly allow some crypto trades, and that any doge wins were likely from McMahon’s own account?

“I don’t think he would have quit if it were GS money,” said one former colleague. “They would just make him partner, and he would have to work.”

To contact the authors of this story with feedback or news, email Trista Kelley and Lucy McNulty

Washington [US], October 17 (ANI): Certain Apple leaks have been hinting at the possibility of a display notch on Apple's upcoming MacBook Pro models … END_OF_DOCUMENT_TOKEN_TO_BE_REPLACED

Let’s talk markets first.Stock markets continue to swing from one record to the next, oblivious of all negative triggers – higher bond yields in the … END_OF_DOCUMENT_TOKEN_TO_BE_REPLACED

The national debt is rapidly closing in on $29 trillion. The federal government now owes an astounding $228,999 per taxpayer. All the while, … END_OF_DOCUMENT_TOKEN_TO_BE_REPLACED