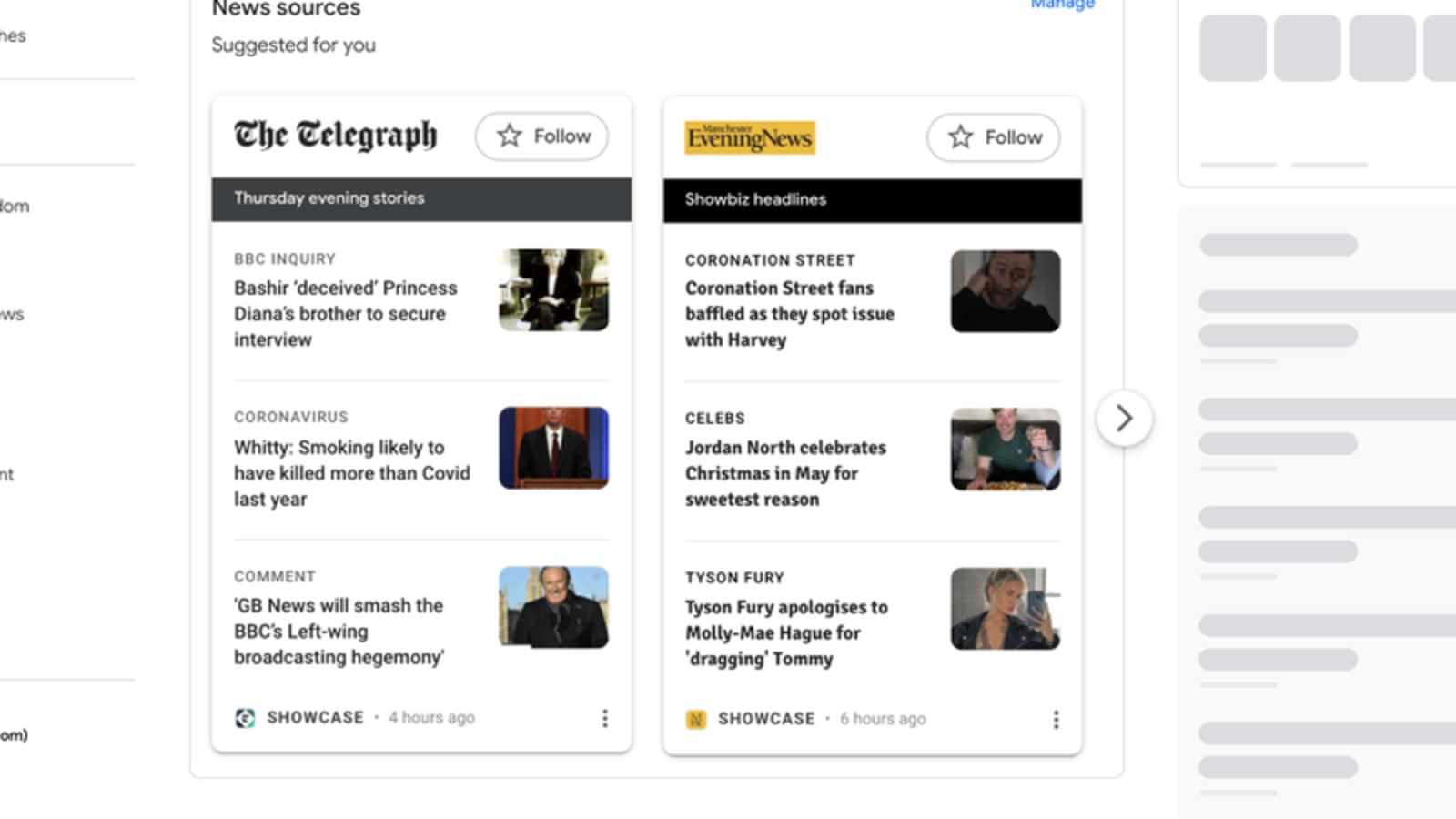 Google has begun rolling out News Showcase to the desktop web. Before this, News Showcase was limited to mobile platforms (Android and iOS).

Google has also added the News Showcase catalogue page in the left-side navigation for Explore users. Here, users will get the latest panels from partner publishers in their country. The company has also added a new News Showcase section on the partner publishers’ landing pages – their homepage within Google News. Here, users can access all the panels, including the latest Rundown panel.

“Google News Showcase is a valuable resource for publishers like La Voz de San Justo. It allows our editors to select relevant content for our audience in an easy, effective and intuitive way. It’s a product with multiple benefits,” says Constanza Martínez, a content manager from La Voz de San Justo, a local publisher in Argentina, in a blog post.

Google said it had released a new feature within News Showcase for publishers. The feature allows them to add context to their stories through linked bullet points in their panels. This feature will begin to appear on News Showcase on mobile in the coming weeks.

Google had launched the News Showcase platform to support content publishers. Backed by a $1 billion investment, Google News Showcase has rolled out in various markets, including the UK, Australia, Germany, Brazil, Argentina, Italy, Czechia and India.

With the long weekend upon us, Canadians will likely spend the next few days out at the lake or in their backyards, gathered around a … END_OF_DOCUMENT_TOKEN_TO_BE_REPLACED

SHAWNEE TOWNSHIP — Bob and Connie Sutherland have been in the swimming pool business for 53 years, and it all started from an ad in the … END_OF_DOCUMENT_TOKEN_TO_BE_REPLACED