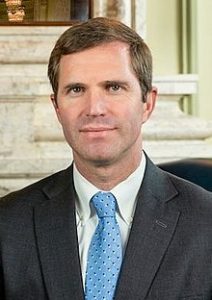 Opportunity, jobs, the economy and infrastructure are not partisan. They are the pathway to a better future for all Kentuckians and for millions of our fellow Americans.

Republicans, Democrats and independents from Paducah to Pikeville, from the Tennessee Valley to the Ohio River agree we need investment in broadband, in our waterways, our railways and our highways.

In Frankfort, despite the partisan rancor that too often drives the conversation, we worked across party lines this year to reach an agreement to spend more than $1.3 billion to expand broadband, improve our schools and provide clean drinking water in every corner of Kentucky. We didn’t let partisan politics stop this once-in-a-lifetime opportunity to move our people and our commonwealth forward.

I applaud Washington for following our lead. After weeks of negotiations on the president’s American Jobs Plan, the White House and a bipartisan group of senators – five Democrats and five Republicans – recently announced they reached a deal on the $1.2 trillion Bipartisan Infrastructure Framework that would invest in broadband, roads, bridges and resiliency and build a competitive country and commonwealth for generations to come. This would be the largest investment in infrastructure in history, replacing lead water pipes in our schools and homes and connecting more Americans to high-speed internet.

I join other governors, Republicans and Democrats, in urging Congress and the Biden administration to continue to work across party lines to pass the bipartisan infrastructure bill. This transformative legislation would make historic investments in our infrastructure, create millions of jobs and build the literal pathways to keep our economy moving as we emerge from this pandemic.

More than 15 months of devastating COVID-19 losses and difficult sacrifices are now rapidly yielding to a new dawn of unlimited possibilities in Kentucky and across the nation. The safe and effective vaccines – modern medical miracles – have broken the pandemic’s awful hold on our lives and livelihoods, and we are poised as never before to charge ahead.

In Kentucky, we are ready for liftoff. Each week, we are announcing more jobs with companies expanding or locating new facilities here. Since January, companies have announced 50 projects totaling more than $2 billion in new investments creating more than 4,000 full-time jobs.

Just last week, thanks to strong fiscal management by my administration, the state budget office reported that we are ending the 2021 fiscal year as the best in my lifetime with a general fund surplus of over $1.1 billion – the highest ever in the commonwealth – and a 10.9% increase in general fund receipts to $12.8 billion.

The Infrastructure Framework would complement our growth and bring transformative investments in key Kentucky infrastructure projects, letting us build and upgrade the commonwealth’s roads, bridges and public transportation systems.

This plan would give our state the opportunity to complete long-planned – in some cases, long-overdue – projects, including a solution for the Brent Spence Bridge, completing the I-69 Ohio River Crossing and widening the Mountain Parkway to four lanes.

Beyond those high-profile projects, the investment would help us address some concerning statistics by cutting down burdensome commute times and fixing bridges and potholes in neighborhoods across the commonwealth.

We know modern roadways are crucial not only to safe and convenient travel but also to our economic prospects and competitive advantage in luring business and continued investment in our state.

One of Kentucky’s main selling points has always been our central location. Kentucky is only a day’s drive from about 70% of the U.S. population. That means significant federal investment in Kentucky would stand to benefit many workers and businesses in the commonwealth and across the U.S.

Investment in infrastructure draws bipartisan support from organizations across the political spectrum, such as the U.S. Conference of Mayors, National Governors Association, National League of Cities, American Public Transportation Association, faith-based groups, health care providers and environmental groups. The AFL-CIO, U.S. Chamber of Commerce, National Association of Manufacturers and Rural Wireless Association are among those who have commended this bipartisan framework.

With so many who agree, we should not squander this opportunity.

Let’s replace this pandemic with promise and opportunity and pass a bipartisan infrastructure plan that will create jobs and add fuel to our surging post-COVID economy.

Andy Beshear is the 63rd Governor of Kentucky.

By Rajesh Rege Until very recently, sustainability did not gain currency as a defined corporate objective across a majority of industrial sectors. … END_OF_DOCUMENT_TOKEN_TO_BE_REPLACED

The revelation that a cryptocurrency lobbyist donated £500,000 to the Conservative Party two months before the government pledged to turn the UK into … END_OF_DOCUMENT_TOKEN_TO_BE_REPLACED

WASHTENAW COUNTY – An indoor saltwater pool, vaulted ceilings and rolling hills are the highlights of a spacious 14,000-square-foot estate in between … END_OF_DOCUMENT_TOKEN_TO_BE_REPLACED