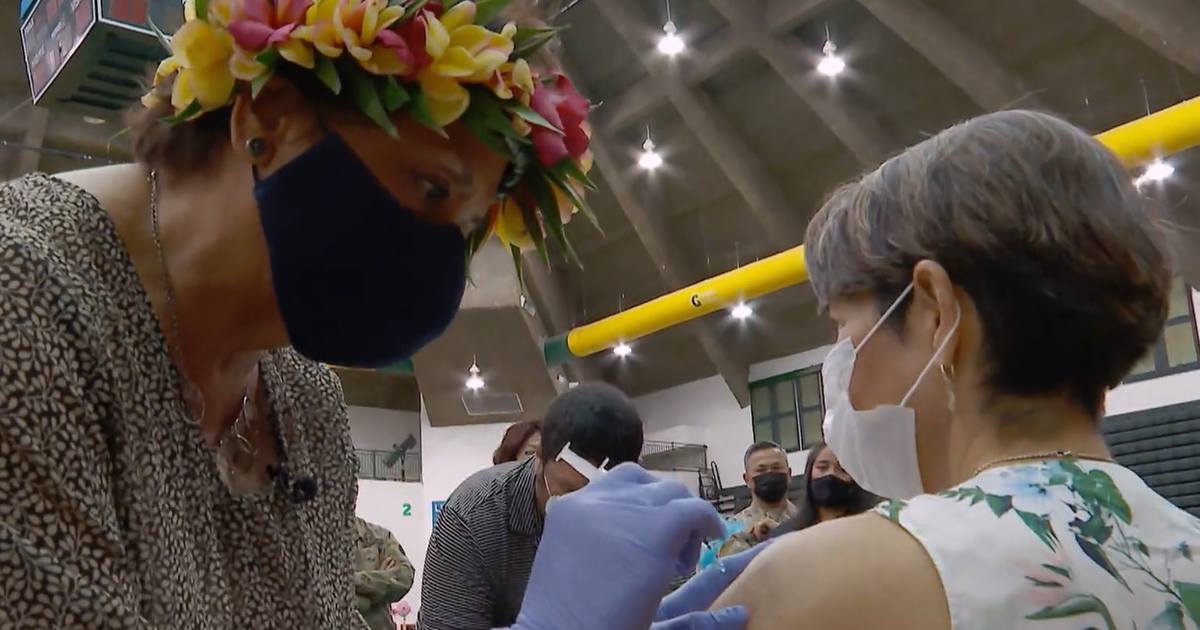 HAGATNA, Guam — With its tourism industry gutted by the pandemic, Guam is raring to refill beaches and hotels again. And as destinations from New York to the Maldives to Russia dangle vaccinations to woo tourists, the remote U.S. territory and tropical getaway is planning to launch a “vaccine tourism” initiative of its own — but with a twist.

Before the pandemic, Guam catered largely to Asian families seeking sun, sand and golf courses. But in recent months, authorities noticed American expatriates, usually solo, arriving from countries in the region with slow vaccination rollouts. The American visitors were willing to endure up to two weeks’ mandatory quarantine at a government-run hotel for the chance to score a coveted vaccination. They would often stay for up to a month in order to finish their two-dose Pfizer or Moderna regimen.

So, officials seized on the chance to leverage their unusual location. At 5,800 miles west of the U.S. mainland, Guam happens to be the nearest piece of America to Asia.

“Because we’re so close to the Philippines, we’re so close to Japan, Seoul, Korea, Taiwan, (we thought) that maybe this might be an opportunity to help in that world herd immunity,” Guam Governor Lou Leon Guerrero said, speaking at the island’s public mass vaccination site, the University of Guam Calvo Field House. A registered nurse, she personally administered the vaccine herself to a visiting CBS News team.

“I kept up my license. I figured, if they fire me, I still have a job,” she said.

Of the nearly 9 million non-military Americans living abroad, a little over 1 million are estimated to be based in East Asia and the Pacific. If even a few of those can be lured to Guam — about a four-hour flight from Taiwan, South Korea and Japan — the program would be considered a success.

“The win-win is really all over the place,” the governor said, sporting a traditional flower head lei. “We can vaccinate the U.S. expats. Those people will be protected. And in the meantime, they’re having a nice time in Guam. We are benefiting from their economic input as a result of that.”

Home to two U.S. military bases, the 200 square-mile Micronesian island relies on tourism for one-third of its jobs. With 60% of its 170,098 residents already inoculated, and on track to reach herd immunity by July, the island is banking on vaccine tourism, along with vaccinated tourists, to jumpstart its economic rebound. Tentative plans call for restarting flights from South Korea, both for the already inoculated, as well as tourists on vaccine vacation packages, later this summer. Unlike American citizens, non-American visitors will be required to pay for their vaccinations.

Until the pandemic hit, Guam was seeing a steady uptick in arrivals, peaking at 1.6 million in 2019. Tourism revenues reached $1.4 billion.

Arriving at A.B. Won Pat International Airport in Guam, a 3.5-hour flight from Tokyo’s Narita Airport, a CBS News crew was transported to a Tumon Bay hotel that had been converted into a government quarantine facility staffed by the National Guard. The cost of rooms and meals for tourists being housed in the facility is subsidized by federal pandemic funds. At the time of CBS News’ visit, Guam required a week in quarantine before allowing expats to leave and get vaccinated. But planned tour packages call for offering shots to visitors while in quarantine, as soon as the day after arrival.

“I think it’s great Guam’s doing this,” bioethicist Kerry Bowman of the University of Toronto told CBS News. “If Guam can do things to revive their economy as well as get people vaccinated, I don’t see a problem with that. If people can’t pay their rent and have no source of income, this is not just people chasing money. This is people’s lives.”

“There’s people who really, really need that vaccine who aren’t getting it. And that’s where the vaccine should go,” she said. “And it shouldn’t be prioritizing people just because they’re wealthy enough to come to the United States or because we need our tourism industry to come back online. I think that’s that’s shortsighted.”

The World Health Organization has said the “scandalous inequity” of vaccine distribution, concentrated mainly in a few rich countries, not only prolongs the pandemic, but threatens even well-vaccinated nations with the risk of new, drug-resistant strains.

The University of Plymouth, the AHSN Network and Boehringer Ingelheim, has launched evidence-based recommendations to drive inclusive digital health … END_OF_DOCUMENT_TOKEN_TO_BE_REPLACED

This year’s Rising Stars of Private Equity has been published at a time of great uncertainty for the sector, as the young professionals on our list … END_OF_DOCUMENT_TOKEN_TO_BE_REPLACED

If you know of local business openings or closings, please notify us here.PREVIOUS OPENINGS AND CLOSINGS· Air Products and Chemicals Inc.'s chosen … END_OF_DOCUMENT_TOKEN_TO_BE_REPLACED