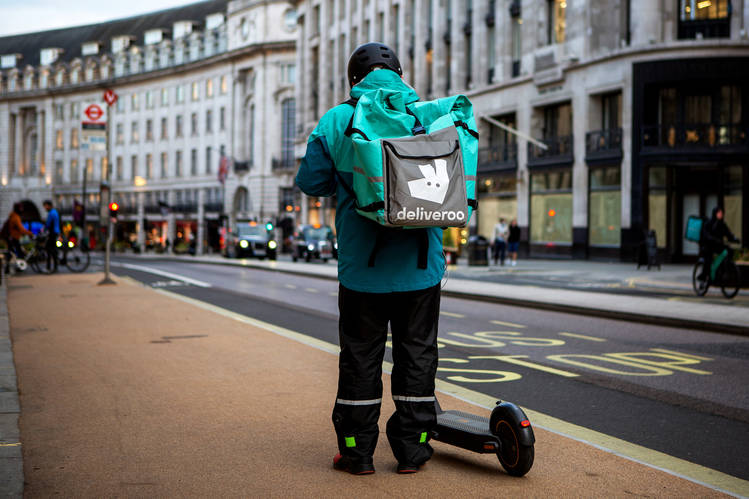 ExodusPoint Capital Management has taken up a large short position in Deliveroo, amid a difficult market debut for the UK technology startup.

In the first big public short of the food delivery firm, the New York hedge fund’s short position makes up about 0.56% of Deliveroo shares, according to data firm Breakout Point. That would make the bet worth as much as £26m based on the UK stock’s last closing price.

The short position was based on an analysis of German regulatory data as of 10 May, Breakout Point said. The calculation is a rough estimate and does not account for potential quirks in issued share capital of new IPOs.

Deliveroo has struggled to live up to the hype surrounding its market debut, with shares falling more than 30% on the morning of its first day of trading. Investors baulked at the £7.6bn valuation bankers had placed on the firm prior to listing, which the startup has yet to achieve in publicly traded markets.

The position is not visible on the website of the UK’s Financial Conduct Authority, the regulator overseeing Deliveroo’s listing. Many European regulators require investors to publicly disclose short positions making up 0.5% or more of a firm’s stock.

The 31 March flotation was widely regarded in the City as a flop, and thought to be a potential bellwether for London’s upcoming tech listings pipeline. However, cybersecurity startup Darktrace bucked that trend and reached a new record high on 11 May as shares bounded 6.3% to 377.2p.

Analysts suggested that concerns around the sustainability of Deliveroo’s business model could have been behind the investor scepticism. Additionally, following Deliveroo’s messy debut, bankers may have adjusted their expectations lower “by a little too much” for Darktrace, CMC Markets chief analyst Michael Hewson said.

Several funds came out against the Deliveroo flotation ahead of the startup’s listing, including the UK’s largest asset manager Legal & General Investment Management and Aberdeen Standards Investments. Meanwhile Xavier Rolet, the former head of the London Stock Exchange, signalled media “cynics” were to blame for the poor reception.

Harrison Butker is going to be playing for another Super Bowl with the Kansas City Chiefs.Butker nailed the game-winning field goal to send the Chiefs … END_OF_DOCUMENT_TOKEN_TO_BE_REPLACED