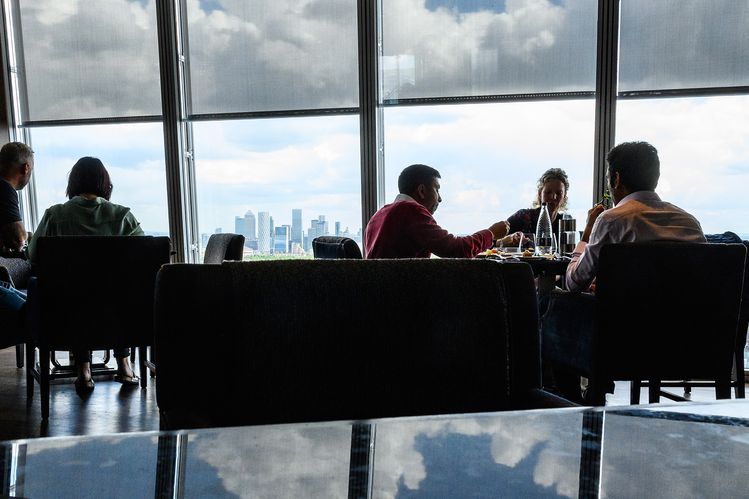 The City has been a ghost town for much of the past 14 months, with bankers forced to work from home, shops and restaurants mandated to close their doors, and the Tube emptied of its commuters.

However, 17 May brought with it the third step of a four-stage roadmap out of lockdown, meaning the Square Mile’s hospitality sector could welcome diners indoors for the first time this year.

More and more City firms have also begun to lay out their return to the office plans; hybrid working is here to say with the majority of big companies telling employees that they will be splitting their time between home and the office.

Despite a timid start, City workers are slowly returning to their usual haunts. At least that’s what the data shows. Financial News reviewed Google Mobility Reports, Citymapper’s Mobility Index, OpenTable’s bookings statistics, the latest Covid-19 case numbers, and the Office for National Statistics’ lifestyle survey to paint a picture of how life is returning to the Square Mile.

As of 20 May, compared to pre-pandemic levels, almost 60% of London is now travelling again, according to the Citymapper Mobility Index. The English capital does not have as many city dwellers moving around as Paris, which counted 69% of the normal travel on the same date, but more than New York City, which is still significantly lower at 42% compared to March 2020.

The slight uptick in travel seen since early April looks to be strongly correlated with the re-opening of the hospitality sector for the first time in 2021. On 17 May, the first day restaurants and pubs could welcome diners indoors, reservations shot up to reach 22% below the pre-pandemic baseline, according to OpenTable’s State of the Industry report.

Back to the office

The return to the office has been slower than the return to the pub in the City of London. The government’s current guidance remains that people work from home wherever possible, and Public Health England has reiterated that message as it continues to keep a close eye on the Indian variant of Covid-19, which is considered more transmissible than the Kent variant first detected in September last year.

Google’s Mobility data shows that travel to the office is still down by 60% compared to its pre-pandemic levels.

The number of cases in London still remain low, but the city has seen a slight uptick. There were 306 new Covid-19 cases on 20 May, up from 201 three weeks earlier, in line with the lifting of restrictions. There were no deaths within 28 days of a positive test on 20 May, and the last time the government reported one was on 16 May.

According to the Office for National Statistics, as of 16 May, 58% of Londoners have received at least one dose of a vaccine. A third have still not received or been offered a vaccine. Registration for the first dose of Covid-19 vaccines is currently open for those aged 34 years or more.

Arkansas Tech University students, their families, volunteers from the ATU move-in crew and ATU faculty and staff were among those who worked together … END_OF_DOCUMENT_TOKEN_TO_BE_REPLACED

Jain Anshu, President of Cantor Fitzgerald appears on CNBC's Squawk on the Street at the 2020 World Economic Forum in Davos, Switzerland on Jan. 22nd. … END_OF_DOCUMENT_TOKEN_TO_BE_REPLACED

With more than $750 million in building projects to complete, the Cherokee Nation has embarked on a monthslong hiring spree.A labor recruitment effort … END_OF_DOCUMENT_TOKEN_TO_BE_REPLACED