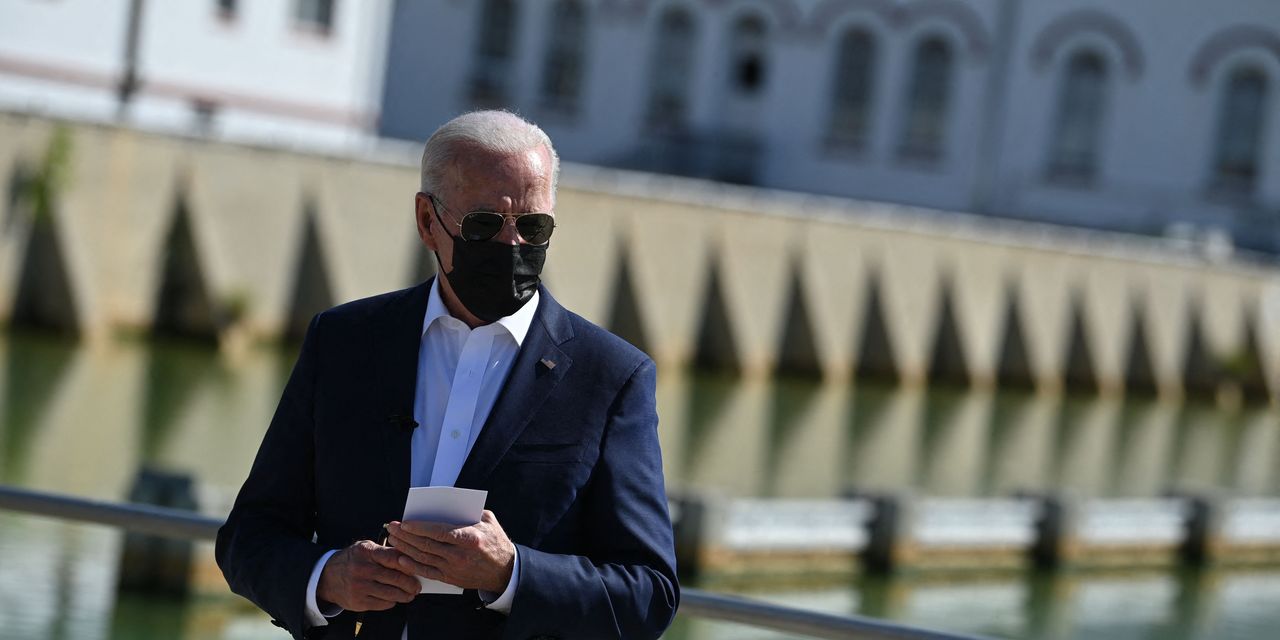 The first is that first-quarter earnings have been outstanding. According to a Credit Suisse analysis done of 85% of the S&P 500’s companies, 86% beat expectations — with the financial sector clobbering them by 34%, and the rest of the market beating them by 19%. Earnings per share are projected to grow 47% on 10% revenue growth.

The second is that investors aren’t impressed. A Bank of America analysis done on Monday, so missing this last week of results, found companies that beat on both sales and EPS have outperformed the S&P 500 by just 16 basis points the next day, well below the historical average of 151 basis points.

Louis Navellier, the founder and chief investment officer of Navellier & Associates, said the Biden administration’s proposal to hike corporate taxes is what is hanging over the market.

“Within the debate over the market’s near-term outlook, the Goldilocks catalyst will be influenced by how future corporate taxes are structured. It is likely that after all the super PACs [political action committees] weigh in, the new corporate income-tax rate will likely be around 25%,” he said. “I’m looking for the narrative to quickly shift from ‘selling the news’ to ‘buying the dip’ as the tax debate takes on more clarity,” he writes.

The S&P 500
SPX,
+0.28%
could reach 4,600 by the end of the year, as Credit Suisse is targeting, if corporate taxes are negotiated to a lower level, said Navellier.

That view has some support from what President Joe Biden himself said. Speaking in Louisiana on Thursday to promote his infrastructure bill, Biden out loud suggested 25% as a number he would accept.

He prefaced his comment by noting the Obama administration had suggested cutting corporate tax rates that were then 35% — but not to 21%, where Congress set them under the Trump administration. Biden said it was important that the largest companies don’t pay zero, and added, “And — and reducing the — the tax cut to between 25 and 28, it’s a couple hundred billion dollars. We can pay for these things,” said Biden, according to a transcript released by the White House.

Biden’s current plan calls for the corporate tax rate to be increased to 28% from 21%.

Payrolls miss expectations by a mile

The Labor Department reported a shockingly lower-than-expected 266,000 rise in nonfarm payrolls in April. While in normal times that would be a good reading, it compared to expectations of around 1 million.

Another surprise came in that the unemployment rate rose, to 6.1% from 6%.

The knee-jerk reaction was a gains in stocks, on the view the Federal Reserve would not be in a hurry to slow down bond purchases. U.S. stock futures
ES00,
+0.24%

The Federal Reserve’s financial stability report warned that asset prices may be vulnerable to significant declines — a similar warning to one the central bank made in November.

Keep your head up — a Chinese rocket is due to fall back to Earth this weekend.

Not for the first time, goats are being called upon to protect the Ronald Reagan Presidential Library and Museum.

Need to Know starts early and is updated until the opening bell, but sign up here to get it delivered once to your email box. The emailed version will be sent out at about 7:30 a.m. Eastern.

Want more for the day ahead? Sign up for The Barron’s Daily, a morning briefing for investors, including exclusive commentary from Barron’s and MarketWatch writers.

Harrison Butker is going to be playing for another Super Bowl with the Kansas City Chiefs.Butker nailed the game-winning field goal to send the Chiefs … END_OF_DOCUMENT_TOKEN_TO_BE_REPLACED