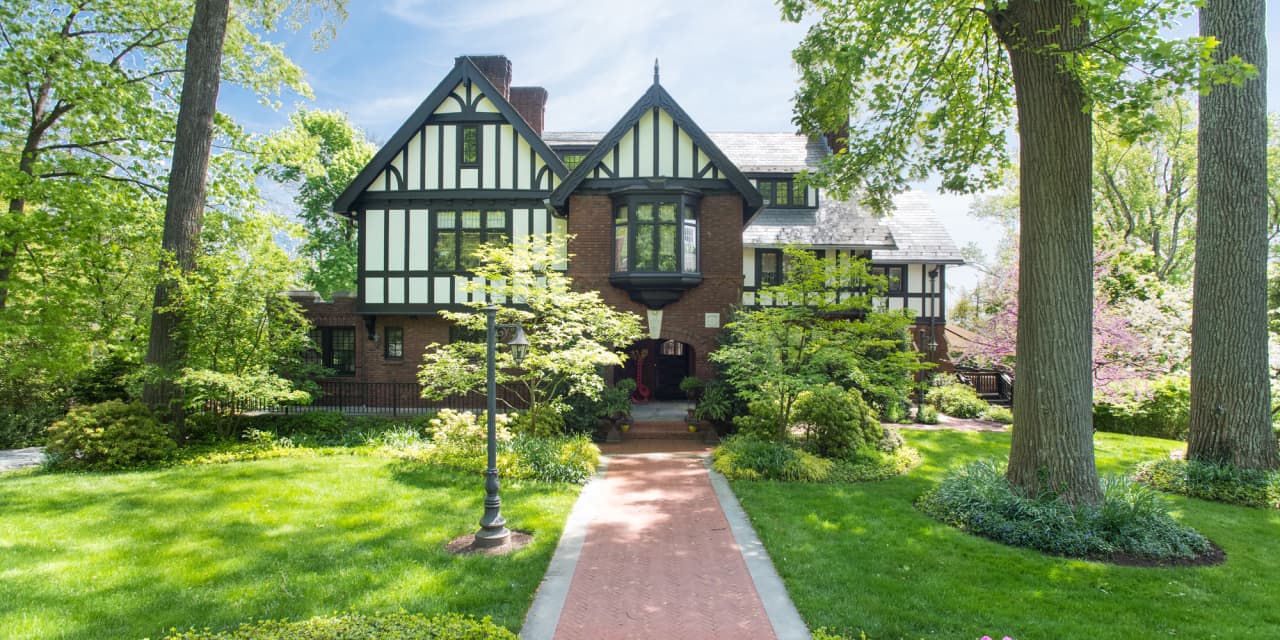 The Estate Section of Montclair, New Jersey, is defined by its majestic mansions, tree-lined streets and elegant, easy-living attitude.

More: Which U.S. Areas Had the Highest and Lowest Property Taxes in 2020?

The Estate Section, which is a mile long and a half-mile wide, is bounded on the west by Harrison Avenue, on the east by Undercliff Road/Lloyd Road, on the north by Stonebridge Road and on the south by Hoburg Place and Myrtle Avenues.

The neighborhood’s homes start at $999,000 and generally top out in the $2 millions, according to Ms. McCarthy.

She noted that a home that recently listed for $999,000 had 23 offers, the highest of which went over $1.3 million; the final price hasn’t been recorded because the sale has not closed yet.

But she said that the pandemic “has brought city dwellers to Montclair in droves. The bidding wars, she said, “leave many in tears, including the agents.”

She said that properties whose bathrooms and kitchens have been updated within the last four years can add $250,000 to the price.

Christine Lane, the team leader of the The Lane Team at Compass N.J., said that the highest price paid for a home in the Estate Section, $3.875 million, was recorded in March 2016 and still remains a record not only for the neighborhood but also the town. “The Estate Section’s higher-end properties like this one only come on the market about once every five years,” she said.

The grand residences in the Estate Section were custom built for captains of industry in the early 1900s and are in a variety of traditional architectural styles: There are Tudors, English country manors, Victorians, including Queen Annes, and central-hall Colonials.

“There’s a modern house on South Mountain Avenue that was built in 2015,” Ms. McCarthy said. “But that’s the only one. Most people these days preserve the outside but gut the house inside, putting in new kitchens and baths and removing walls to create open floor plans.”

She noted that the lots, which average just under an acre, are larger than those in the rest of the town, and many of the homes have pools or tennis courts or both.

More: Which U.S. States Have the Highest and Lowest Property Taxes?

What Makes It Unique

The Estate Section’s location—it’s only 15 miles from New York City—is one of its most coveted assets.

As are the views. “Part of the Estate Section sits on First Mountain, which is where the glacier receded,” Ms. McCarthy said. “For those properties, there are amazing views of New York City—people like to keep an eye on their city even when they’re away from it. And in the spring, the sunrises behind the skyline are spectacular. The architecture really sets it apart from the rest of Montclair and Upper Montclair.”

She said the architecture alone attracts its share of fans. “During Covid, I noticed people drove from other parts of town, other towns even, just to park and walk around and admire the beautiful homes,” she said.

The Estate section, according to Ms. Lane, offers “the grandeur of grand homes” and a “charming, low-key lifestyle. The houses are set back from the tree-lined streets. You’ll see kids riding bikes, people walking dogs and nannies pushing strollers.”

The Estate Section, which is strictly residential, is close to all the amenities Downtown Montclair has to offer.

The neighborhood’s a scenic half-mile walk from the boutiques, coffee shops, restaurants and nightspots that make the town a cultural hub.

The newest gathering spot is the MC Hotel, which features a rooftop bar that “has amazing 360-views, including of New York City,” Ms. McCarthy said.

She added that its restaurant, Allegory, which offers a shared-plate, multi-course menu, is the creation of Chef Amber Lancaster, who is featured on the current season of the Fox TV show “Hell’s Kitchen.”

Ms. Lane said that another notable dining spot is Fascino. On NJ Monthly’s list of top 30 restaurants, it’s helmed by Chef Ryan DePersio, who calls his creations “Italian without borders.”

Other popular restaurants include the modern French brasserie Faubourg; La Rocca Osteria, which specializes in Italian dishes; Zeugma Grill, which features a Mediterranean menu; and Raymond’s, which has been serving down-home meals that include pancakes, burgers and fried chicken since 1989.

The town also has a number of global brand-name shops, including Urban Outfitters, Anthropologie and Lululemon.

Residents of the Estate Section, which abuts the 403-acre forest preserve and park Eagle Rock Reservation, have access to a variety of outdoor activities in the township – there are sports fields, playgrounds, manicured parks and miles of hiking trails, public gardens and sledding hills.

There are other cultural amenities within the town, including the annual Montclair Jazz Festival, the Garden State’s largest; which is held in August. And the Montclair Film Festival, which runs in April, hosts events throughout the year.

Montclair State University, which is adjacent to the neighborhood, features the Yogi Berra Baseball Museum, an institution that honors the Montclair resident; it’s about six miles from the Estate Section.

The Van Vleck House & Gardens, originally a 12-acre private estate that was built in 1868, is a public garden that’s less than a mile from the Estate Section.

Ms. McCarthy noted that while the public magnet schools are a national model, residents who prefer private schools send their children toMontclair Kimberley Academy, a co-educational institution for students in pre-kindergarten through high school. It comprises three campuses—the high school is in the Estate Section. The elementary and middle schools are in other parts of Montclair.

The Estate Section attracts a diverse pool of residents of all ages. “There are families, attorneys, tech wizards and Wall Streeters,” Ms. McCarthy said. “They come from all over the world.”

“It, like the rest of Monclair, is diverse and welcoming of all,” Ms. Lane said, adding that many of the Estate Section residents are business owners.

Currently, the most famous Montclair celebrity is Stephen Colbert, who made a big public production of filming his “Late Show” from his home during the first part of the pandemic. Other well-known Montclair residents include cosmetics artist Bobbi Brown, Audible founder Don Katz, actor Patrick Wilson and Jeh Johnson, who served as secretary of the Department of Homeland Security in President Barack Obama’s second term.

She added that prices have increased about 20% in the last year and that properties typically are on the market for 11 or fewer days before they are snapped up.

As of late March, there were only six properties on the market in the Estate Section, Ms. Lane said. “That’s less than usual, because of the high demand,” she said. “A lot of people sold in the last year because prices have been so good.”

The current uptick, Ms. McCarthy said, is being spurred by the pandemic. “People are wanting to move out of the city because the reasons they lived in New York City are no longer available or necessary,” she said. “Working from home requires a space and a place to Zoom, and this, combined with low interest rates, has put even more pressure on tight inventory.”

Ms. Lane added that the Estate Section will remain strong because “it has mass appeal as people search for green spaces. It and Montclair in general are a melting pot of interests and people.”

Click for more profiles of high-end neighborhoods around the world

The UK’s antitrust watchdog started a new investigation of Alphabet Inc.’s Google, over suspicions it may have abused its dominant position across its … END_OF_DOCUMENT_TOKEN_TO_BE_REPLACED

This is the daily notebook of Mike Santoli, CNBC's senior markets commentator, with ideas about trends, stocks and market statistics. Dip-buyers have … END_OF_DOCUMENT_TOKEN_TO_BE_REPLACED

New York Tech has launched a new integrated marketing campaign, appearing on Long Island and in New York City. The “A Place for You” campaign includes … END_OF_DOCUMENT_TOKEN_TO_BE_REPLACED