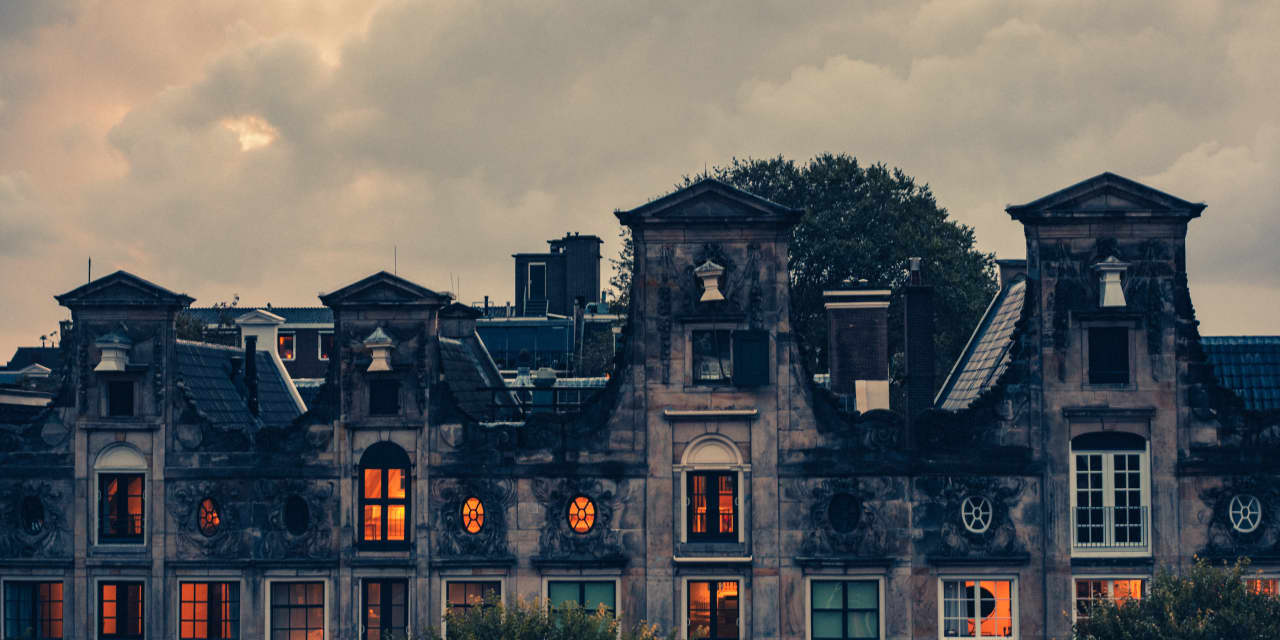 A couple of years ago, Rachelle Rosten, a Los Angeles-based real estate agent with Douglas Elliman, was selling a 1920s Spanish-style home with a perfectly preserved 1950s kitchen. Every time she was leaving the home, the oven would inexplicably turn on, she said.

Eventually, “after multiple times of this happening, feeling like an absolute idiot, I stood in the kitchen of this house, and I said, ‘you can’t do this, you’re going to burn the Hollywood Hills down, hurt people. This is not the thing to do,’” Ms. Rosten said. “And I have to tell you, it stopped.”

Ms. Rosten’s speciality is trust probate and conservatorship. “Because of the type of property we sell, we deal with dead people,” and people, she said, have very conflicting reactions to that.

“I showed a house one time—we didn’t know it was [home to a] notorious event—all we knew is it was a house in a pretty neighborhood. We walked in the door, [the client] looked at me and said ‘we can leave now.’ She wasn’t a California ‘woo woo,’ she said ‘that was really, really bad energy in there,’”

For the most part, if it’s just a regular “death on premise,” 95% of potential buyers are not perturbed by the fact that someone has died on a property they are interested in, according to Ms. Rosten.

But, in the cases where there has been a murder or a tragic death, the reactions are typically much stronger.

“Then, it’s looking for the person OK with it,” she said. “There’s always a buyer who doesn’t care, who doesn’t believe, who isn’t concerned with it.”

More: Look to Location, Fixer-Uppers to Squeeze Upside From Your Ski Home

In the U.S., 20% of people would live in a home where a murder has taken place, according to the results of a recent survey, published Tuesday by Realtor.com.

The poll of 2,583 U.S. adults also found that 17% would live in a haunted house, though that number goes up if it’s a haunting more akin to the Casper variety—30% would be willing to live with a “friendly ghost.”

(Mansion Global is owned by Dow Jones. Both Dow Jones and Realtor.com are owned by News Corp.)

Perhaps the most infamous house on New York’s Long Island, is on Ocean Avenue, in Amityville. The Dutch Colonial house is where, in 1974, Ronald Joseph DeFeo Jr. murdered his father, mother and siblings. The crime—and subsequent strange happenings in the home—inspired the book and film versions of “The Amityville Horror.”

When she launched the home onto the market in 2010, real estate agent Laura Zambratto, of Daniel Gale Sotheby’s International Realty, was concerned about how it would be received.

“It was right on the water, it had a boat house, it was very desirable,” she said. “But I was nervous that people would eliminate it from their choices because they would have thought the house was haunted.”

Instead, once the property hit the market, “the amount of inquiries that came in for that house blew up our internet system—they wanted to get into the house, they wanted to experience it,” said Ms. Zambratto, who was turning away news crews, paranormal experts and individuals impersonating brokers.

Ms. Zambratto never felt or experienced anything otherworldly in the home, nor had the sellers, who parted with their home for $950,000, according to records.

“But there are people that swear by the fact that there were spirits and ghosts that would scare most people,” and there were a number of potential buyers who couldn’t get past what had happened in the house, she said.

“I can tell the minute I walk into something if I can feel the warmth, the joy, or the lack of it—and that to me is a big deal. It’s a big deal for buyers, too,” Ms. Zambratto said.

More: Haunted Loftus Hall in Wexford has the ghost of a future with a new owner

Today, 76% of Americans believe in the supernatural, a number that’s up from 70% in 2020 and 44% in 2019, according to the latest annual survey released in October by Clever, a real estate data company.

Nearly half, 44%, of the 1,000 respondents to the poll said they’ve lived in a haunted house, a sizable jump from 2020, when 24% of Americans said they had experienced a haunting at home.

“You walk into some properties and you can feel—you can feel it in your gut,” said Beverly Hills-based agent Nicole Plaxen of the Sally Forster Jones Group at Compass.

“I was showing one time,” Ms. Plaxen said, “and everything was wrong from the moment you pulled into the driveway. I was going up the stairs and I swear something grabbed my ankles.

“Some people dig it, some people are into that,” she said. “Some people just don’t pick up on it,” and others—especially if they know they’re going to tear a property down—don’t care.

One thing that makes a buyer more amenable to a home with an unsavory history or spooky vibes though, is a discount, according to the survey from Realtor.com.

Of those looking to buy a new home in the next year, 63% said they’re willing to live in a haunted house if they can secure a discounted price, and 75% say they’d require a discount to buy a home where someone was murdered.

The effect on pricing is absolutely on a case by case basis, according to Douglas Elliman’s Ms. Rosten.

A general death on the premises is very unlikely to affect value at all, but if a death is notorious or violent it could have an impact, she said.

She recently had a client sell a home where there had been a murder suicide. “They sold the house in multiple offers, they priced it attractively, and created a bidding war,” she said. “There were plenty of people interested.”

On the other hand, the two-bedroom Los Angeles home where Charles Manson‘s followers murdered Leno and Rosemary LaBianca in 1969 sold this summer for $1.87 million, a 15% discount from the $2.2 million it was asking.

Though discounts appear to help appease buyers, so can turning to less traditional methods.

It’s not unheard of for people to turn to sage to cleanse the energy of a property but in some cases, more action is needed.

For one particular home with 50-plus years of Hollywood history, Ms. Plaxen called in the big guns.

“We bought in a medium, he said he would go and tell the spirits they could leave, and would help redirect their energy,” she said. “He definitely did that, there was a lot of stagnant energy there. Then we were able to sell the property.”

“I brought him to another property that wasn’t selling—brand new construction,” Ms. Plaxen said. “After a whole session he was like ‘no, nothing’s wrong with the property it’s just overpriced.’”

The University of Plymouth, the AHSN Network and Boehringer Ingelheim, has launched evidence-based recommendations to drive inclusive digital health … END_OF_DOCUMENT_TOKEN_TO_BE_REPLACED

This year’s Rising Stars of Private Equity has been published at a time of great uncertainty for the sector, as the young professionals on our list … END_OF_DOCUMENT_TOKEN_TO_BE_REPLACED

If you know of local business openings or closings, please notify us here.PREVIOUS OPENINGS AND CLOSINGS· Air Products and Chemicals Inc.'s chosen … END_OF_DOCUMENT_TOKEN_TO_BE_REPLACED