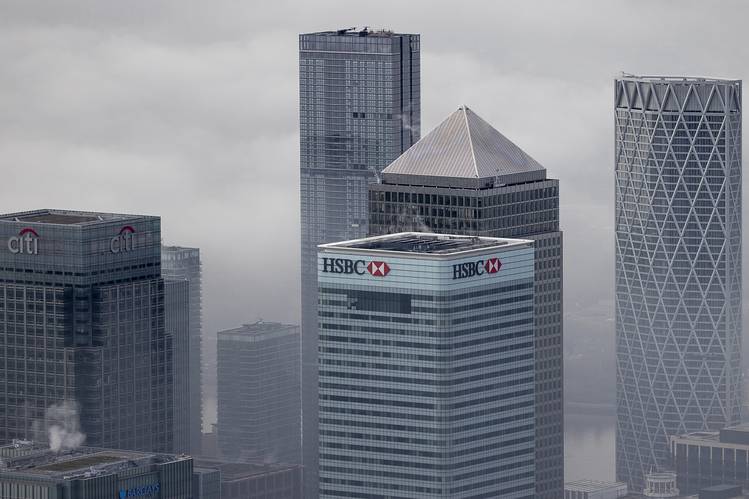 HSBC is rolling out a trial programme for its UK staff to book hot desks in its London operations and allowing more investment bankers to return as large banks look to reopen offices after a prolonged Covid-19 lockdown.

The UK lender told staff that it was “gradually moving ahead” with plans to re-open its London offices, which have been running on a skeleton crew for months. Its Canary Wharf headquarters has had around 3% of employees working in the office, but the bank is encouraging more staff back as government restrictions lift.

Its global banking and markets unit, which houses its investment bank and sales and trading units, is now in “phase one” of the office return, with client-facing staff beginning to return in May, a memo from the bank’s Major Incident Group outlined. Up until this point, only employees deemed essential or key workers have been in the office.

HSBC has already closed its executive floors for meeting rooms, with chief executive Noel Quinn hot-desking at its Canary Wharf headquarters. It is now starting a “drop in desk booking” pilot for employees in its UK headquarters, as well as other London offices. This, however, is closed to global banking and markets as well as commercial banking employees for compliance reasons.

In some units at HSBC, employee numbers are greater, with around 40% of its sales and trading staff currently working in the office.

Across the bank, HSBC is expected to embark on a new ‘hybrid’ working programme for employees, executives have said, and will offload around 40% of its real estate as a result. However, within global banking and markets, a greater proportion of people are expected to be office-bound, its co-chief executive of global banking and markets, Greg Guyett, told Financial News.

European banks have generally been more cautious than their Wall Street rivals in bringing staff back to the office. JPMorgan told UK employees in an 11 May memo that they should “get comfortable with being in an office environment again” and will ramp up numbers again from 21 June. Goldman Sachs also told UK staff to “make plans to be in a position to return to the office” to its Plumtree Court headquarters from the same date, when the government enters the final stage of its lockdown exit plans.

Citigroup also laid out plans for increasing numbers in its Canary Wharf headquarters from around 1,250 of its 6,000 London-based employees on the back of increased demand, Financial News revealed.

“Being back in the office has made it clear to us that the energy, engagement, and collaboration that come from collective working are critically important to our organisation. We look forward to seeing you soon,” the Citigroup memo said.

Once you buy a business, the real work starts. It’s not enough to simply maintain the status quo, even if you’re making a profit. A fresh pair of … END_OF_DOCUMENT_TOKEN_TO_BE_REPLACED