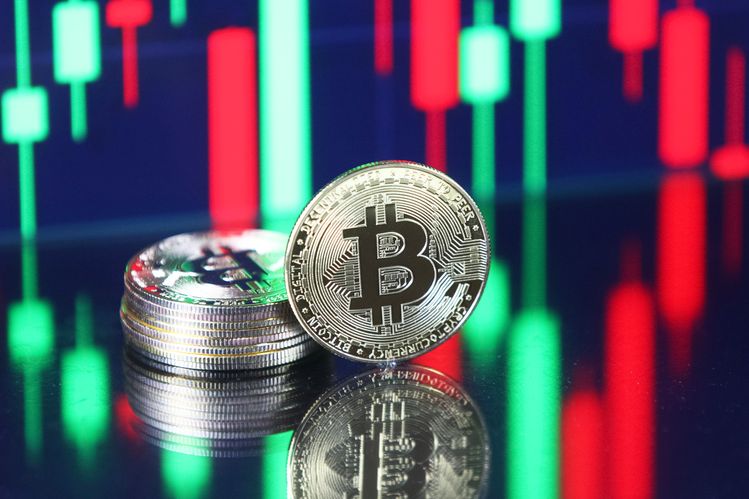 Nearly eight in 10 institutional investors say that digital assets such as cryptocurrencies should form part of a portfolio, according to a study by Fidelity’s digital assets arm.

Just over half of the institutions polled across the US, Europe and Asia currently hold allocations in digital assets, the manager said in its 20 July report.

More than 90% of those interested in cryptocurrencies expect the sector to be a long-term bet, it added, with plans to include them in portfolios within the next five years.

The figures drawn from a survey conducted earlier this year came ahead of recent crackdowns from regulators on how digital currencies are advertised as well as the operations of companies including Binance.

Fidelity’s survey of 1,100 institutional investors across the US, Europe and Asia was carried out between December and April, a period that ended prior to bitcoin reaching its all-time high of $64,829 that month.

The data does not reflect how views may have changed following bitcoin’s major price crash to lows of around $30,000 on 19 May — a fall which, two months later, bitcoin and other cryptocurrencies have yet to recover from.

“As the market was moving higher, people who had decided that they were going to make allocations had an urgency to access the marketplace. Given the price action we’ve seen since, there’s definitely less urgency,” said Fidelity’s European head of digital assets Chris Tyrer in an interview with Financial News.

The asset manager continues to have “very positive conversations” with institutions including hedge funds, family offices, endowments and pension funds regarding investing in crypto, Tyrer added. Fidelity Digital Assets recently revealed plans to increase headcount by 70% to keep up with demand.

Adoption rates of cryptocurrencies among institutions were highest in Asia at 71% during the surveyed period, ahead of Europe at 56% or the US at 33%. This is likely the result of clearer sector regulation in countries such as Japan, Tyrer said, while the EU only issued a draft proposal on cryptoasset treatment last September.

Tyrer said that conversations with Fidelity clients have not yet yielded concerns about the ongoing regulatory crackdown on retail crypto participation, such as the spate of global warnings against digital asset exchange Binance.

“This is a new, emerging asset class. Regulation is coming and what we tend to see is that the imposition of that regulation is certainly beneficial for adoption levels going forward,” he added.

Bitcoin remains the most popular cryptocurrency for Fidelity clients, though over time, attention has drifted towards other emerging assets. Around 98% of conversations with clients 12 months ago would have been “exclusively about bitcoin”, Tyrer said, but interest in Ethereum-based tokens is now picking up.

“Bitcoin is obviously the highest market [capitalisation] cryptoasset that we have and that is, therefore, the focus of learning as people enter the space. It’s a natural progression from there that people start to look outside,” he said.

“What we have seen, though, is that much further down the market cap list, there still remains limited interest from institutional investors from our perspective.”

Price volatility was named as the most significant barrier to crypto adoption in the research, followed by lack of fundamentals to gauge value and concerns over market manipulation.

Meanwhile, discussions regarding the sector’s high carbon footprint and how that might align with investors’ environmental, social and governance targets are “pretty narrow in focus”, Tyrer said.

“It’s unfortunate that the focus has been pretty exclusively on the E within the ESG,” he added. Tyrer cited a recent speech from a human rights campaigner earlier this year, in which bitcoin was described as “an escape hatch from tyranny”.

“This isn’t rhetorical. We’ve seen instances where bitcoin is used in certain regions to avoid being surveilled, which often occurs in traditional currency payment systems,” he added.

Fidelity expects price volatility in cryptocurrencies to dampen as more institutional investors come on board, though more drawdowns from funds already participating in the asset class are likely.

The asset manager plans to publish a breakdown of which cryptocurrencies are gaining attention and by what methods institutional investors are accessing the sector later this year.

The University of Plymouth, the AHSN Network and Boehringer Ingelheim, has launched evidence-based recommendations to drive inclusive digital health … END_OF_DOCUMENT_TOKEN_TO_BE_REPLACED

This year’s Rising Stars of Private Equity has been published at a time of great uncertainty for the sector, as the young professionals on our list … END_OF_DOCUMENT_TOKEN_TO_BE_REPLACED

If you know of local business openings or closings, please notify us here.PREVIOUS OPENINGS AND CLOSINGS· Air Products and Chemicals Inc.'s chosen … END_OF_DOCUMENT_TOKEN_TO_BE_REPLACED