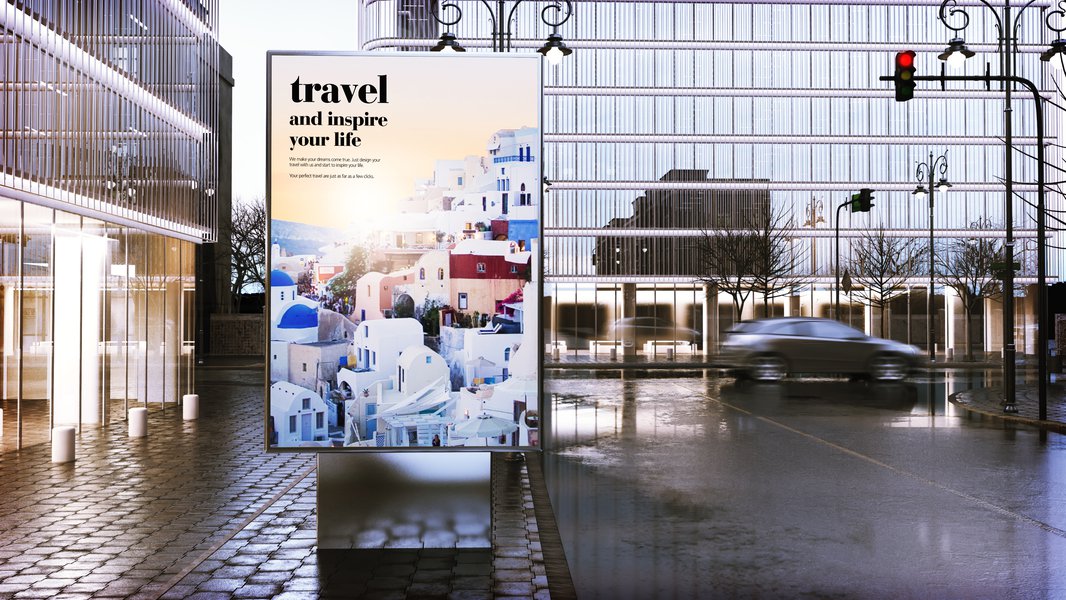 After a tough 2020, is billboard owner Lamar Advertising (NASDAQ: LAMR) a buy? The answer isn’t an easy one, even as the real estate investment trust’s (REIT’s) business begins to recover. Here are some key things to consider as you look at this unique, and rebounding, REIT.

Lamar describes itself as an outdoor advertising company, with over 351,000 displays. Within that number are around 3,600 digital displays. Most of these assets are typical roadside billboards, but the REIT also operates other types of assets, like transit displays.

While it owns some of the properties related to its assets, most are actually leased (around 80%). Revenues, meanwhile, come from selling advertising space and time to a wide range of customers. While you can think of these customers as tenants, that’s not exactly what’s going on.

In other words, you probably shouldn’t think about Lamar in the same way you’d think about an apartment REIT. It’s a very different beast with materially different dynamics than a typical property.

The uniqueness of Lamar’s model was on full display in 2020. In fairness, last year was an unusual one thanks to the social distancing and work-from-home trends created by the coronavirus pandemic. However, with less people on the road, advertisers chose to pull back on their billboard spending.

Killing an advertising campaign to save money is a lot easier than moving out of an office or apartment and into a smaller space. In fact, advertising spending is often one of the first things to go when a company is facing financial headwinds. Lamar ended up cutting its dividend from $1.00 per share per quarter to $0.50 per share.

As 2021 is getting underway and the economy is picking up again, Lamar has increased the dividend to $0.75 per share per quarter (the forward dividend yield is around 2.9%). That’s nice to see, but investors shouldn’t forget the hit in 2020. Hopefully the world avoids pandemics in the future, but a deep economic recession could have a similar impact on advertising spending. So it is important to remember that the unique model here comes with unique risks.

Big and room to run

That said, Lamar is a big player in the billboard space, with something on the order of 20% market share. A couple of other major competitors are similarly large, but around 45% of the market is owned by smaller players. Those names are all potential acquisition targets. So there’s growth opportunities here as the somewhat fragmented industry consolidates.

That’s important, because the ability to put up new billboards is pretty constrained. There are only so many desirable locations, since a billboard only works if a large number of consumers can see it. And there are regulations around the placement of billboards that effectively limit new supply. In fact, existing assets may actually be grandfathered in and, effectively, irreplaceable, increasing their value.

There are two takeaways here. First, having a large portfolio of locations under its control is a material benefit for Lamar. Second, acquisitions are basically the main growth avenue.

Too far, too fast?

Lamar is clearly a unique REIT operating in an industry with pretty specific dynamics. It’s not the type of company investors should buy without a deep dive and full understanding of what they own. That said, assuming you like the advertising nature of the industry, Lamar isn’t a bad REIT to look at. But here’s a small wrinkle: The stock is 15% or so above where it started in 2020.

The business is turning around, so a recovery from the deep price decline during the 2020 bear market makes sense. But first-quarter revenues were down nearly 8% year over year in 2021. And while Lamar was able to increase adjusted funds from operations, which is a REIT metric similar to earnings for an industrial company, by 2.7% year over year, at least partly thanks to cost-cutting efforts, its business is clearly not back to normal yet.

In the meantime, the dividend remains 25% lower than its pre-pandemic high. That’s not exactly a compelling backdrop and suggests that investors may be pricing in a lot of good news here.

Definitely not for everyone

Lamar Advertising isn’t a bad REIT by any stretch of the imagination. In fact, it’s kind of an interesting play on the advertising space. However, given its unique nature, it probably isn’t the type of REIT that conservative income investors should be looking at. Add in the recent price run, and those with a value bent will probably want to avoid it as well, given that the stock has more than fully recovered any ground that was lost in the 2020 downturn.

This leaves growth-oriented investors, which makes more sense. But, even here, you need to recognize that the stock is pricing in good news that hasn’t yet shown up in the REIT’s financial results just yet.

The Westfield Town Council voted 7-1 on Tuesday to introduce an ordinance that allows for a downtown redevelopment plan to move forward.It will next … END_OF_DOCUMENT_TOKEN_TO_BE_REPLACED

New York CNN  —  Bed Bath and Beyond is closing another 87 stores as the struggling retailer barrels toward bankruptcy. … END_OF_DOCUMENT_TOKEN_TO_BE_REPLACED