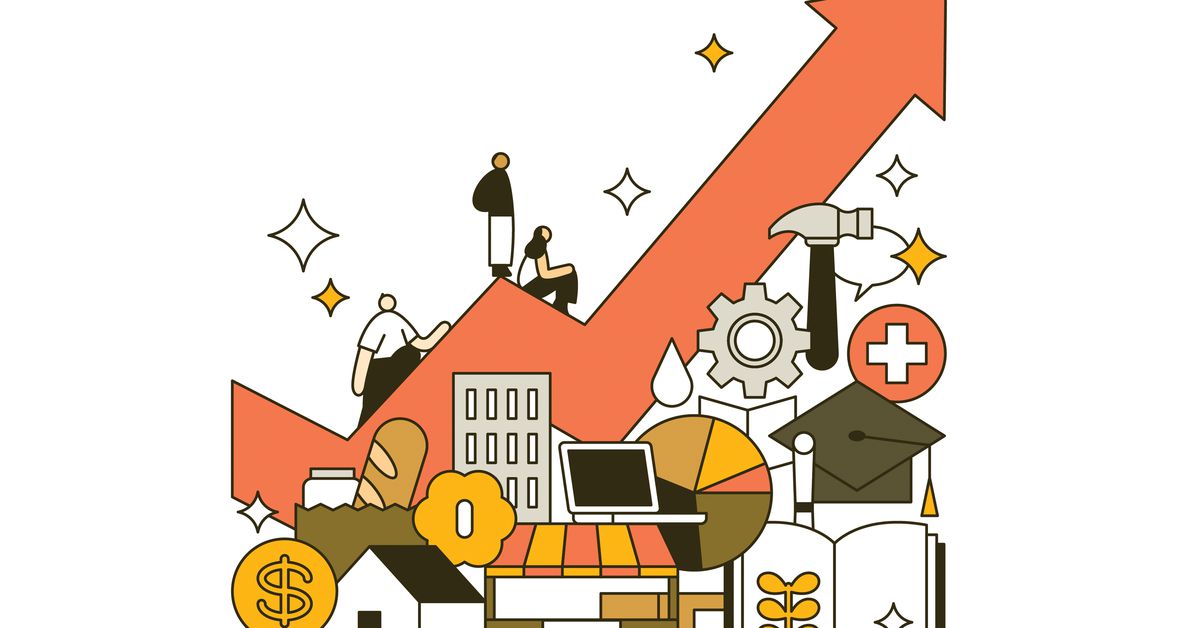 St. Benedict’s Preparatory School rises like a red-brick mountain from the urban cityscape of Newark, New Jersey. The school — which has been the subject of books and documentaries — readies 530 mostly poor, mostly minority boys for college and beyond. In an area where public schools are working hard just to keep young men from ending up in gangs, in jail or dead, St. Benedict’s sends 95% of its graduates to college, including a sizable number to Ivy League schools.

Graduates, such as Uriel Burwell, often then return home to make an impact. Upon graduating from Drew University, Burwell was drawn to his childhood neighborhood where he has now built 50 new affordable houses and has rehabilitated more than 30 homes, attracting $3 million in funding for additional projects in the area.

Religion sometimes gets a bad rap in the 24/7 news cycle. And if we’re not careful, some media narratives might blind us to religion’s enduring social strength.

We rarely quantify the dollar and cents of faith’s impact, but the numbers should draw attention from even the most secular pockets of today’s society. According to a 2016 study by the Religious Freedom & Business Foundation, religion contributes about $1.2 trillion of socioeconomic value annually to the U.S. economy. That is equivalent to being the world’s 15th-largest national economy, outpacing nearly 180 other countries and territories. It’s more than the global annual revenues of the world’s top 10 tech companies, including Apple, Amazon and Google. It’s also more than 50% larger than the global annual revenues of America’s six largest oil and gas companies.

These contributions fall into three general categories: $418 billion from religious congregations; $303 billion from other religious institutions such as universities, charities and health systems; and $437 billion from faith-based, faith-related or faith-inspired businesses.

“Religion contributes about $1.2 trillion of socioeconomic value annually to the U.S. economy. That is equivalent to being the world’s 15th-largest national economy.”

Religious congregations — churches, synagogues, mosques, temples and chapels — of every denomination add $418 billion annually to the American economy. These local congregations number more than 344,000 and employ hundreds of thousands of staff and purchase billions worth of services in every corner and crossroads of the country’s urban and rural landscape.

Of course, these congregations do much more than just provide places of worship. Each year congregations spend $84 billion on their operations, ranging from paying hundreds of thousands of personnel to paying for goods and services as diverse as flowers, sounds systems, maintenance and utilities. Almost all is spent right in the local community. Congregations are like magnets attracting economic activity ranging from weddings to lectures, conventions and even tourism. For instance, 120,000 congregations report that people visit them to view their art and architecture.

Schools attached to many of these congregations — such as St. Benedict’s — employ 420,000 full-time teachers and train 4.5 million students each year. By comparison, this is the same number as the total population of Ireland or New Zealand.

But it’s what congregations do in their communities that makes the biggest contribution. Congregations provide 130,000 alcohol recovery programs such as the Saddleback Church’s Celebrate Recovery program that has helped more than 27,000 individuals over the past 25 years. Congregations also provide 120,000 programs to help the unemployed. The Church of Jesus Christ of Latter-day Saints has employment service centers across the country (and world).

Some of this work runs counter to stereotypes some may have about religious groups. For instance, nearly 26,000 congregations are engaged in some form of active ministry to help people living with HIV/AIDS. That makes one HIV/AIDS ministry for every 46 people who are HIV-positive. Just recently, under the sponsorship of Walgreens and the First Ladies (pastors’ wives) of Chicago, nearly 50 Chicago churches hosted free screening for HIV and other diseases.

The data shows that congregations overwhelmingly include a society-building, outward community focus, with over 320,000 congregations helping to recruit volunteers for programs outside their walls, to nonreligious groups, ranging from Big Brothers and Big Sisters to the United Way and the American Red Cross.

If we extend our view beyond what happens at local congregations and schools, we can find tens of thousands of other religiously affiliated charities, health care facilities and institutions of higher learning also doing these sorts of good works every day. These add another $303 billion of socioeconomic impact to the U.S. economy each year.

These include charities such as the Knights of Columbus, whose 1.5 million members respond to disasters and other human needs. One in 6 people visiting a hospital in the U.S. is cared for in a Catholic facility. And it’s not just Catholics. Health care services, such as provided by the Adventist Health Systems, employ as many as 78,000 people in 46 hospitals.

There are thousands of religiously based colleges, such as Jewish-affiliated Brandeis University, throughout the country. And even small religious charities can have a profound impact. Islamic Relief USA, for instance, responded to the water crisis in Flint, Michigan, by hiring 20 local staff and distributing 135,000 gallons of water during the height of the water crisis.

Religion-related businesses also add another $438 billion to the U.S. economy each year. These include faith-based enterprises, ranging from Halal and Kosher food industries to religious media such as EWTN and the Christian Broadcast Network. The largest group within this sector is not religious companies, per se, but faith-inspired or religion-friendly companies. Tyson’s Foods, for example, employs a large force of chaplains for its multi-religious workforce.

And the religion that inspires many businesses in the U.S. also has a way of spilling across borders. One American CEO, Don Larson, motivated by his faith, started a company in Mozambique that not only stocks the shelves of America’s major food stores — from Giant and Wegmans to Whole Foods — but empowers tens of thousands of people. His innovative model is based on what he calls a “reverse tithe” — where 90% of profits go back into the local community. That means many American consumers are participating in a faith endeavor, perhaps unaware.

The benefits of faith have a way of multiplying like loaves and fishes, or like Uriel Burwell returning home to help struggling families in Newark, New Jersey.

This story appears in the May issue of Deseret Magazine. Learn more about how to subscribe.

CNBC's Jim Cramer on Wednesday told investors that they should take gloomy economic commentary from bank executives with a grain of salt. "Don't panic … END_OF_DOCUMENT_TOKEN_TO_BE_REPLACED