WEST PALM BEACH, Fla. — Given the well-documented recent rise in home insurance costs in Florida, residents are searching for a variety of options to save money on their bills.

One of the choices that some homeowners are considered is self-insuring their own home.

So, what does that mean?

Self-insuring your house basically means you do not have a policy with a standard company.

Instead, a resident sets aside the premium they would normally pay for insurance and instead invests it into a liquid account to save for any repair costs or damage.

This simply means if your home burned down or was destroyed by a hurricane, you are on the hook to rebuild or replace everything.

You are not legally required in Florida to have a homeowners insurance policy. However, unless you own your home, most lending institutions require insurance coverage on the home, including flood, if it is in a flood zone, to protect the collateral securing the loan.

The homeowner stands to save a substantial money in payments on home insurance while having their money grow in an investment account.

Some residents who have been dropped by their insurance companies or had their premiums increase drastically in the last few months have turned to self-insuring.

Steve Eppley of Boynton Beach recently spoke to WPTV and said he plans to self-insure his home once his mortgage is paid off. 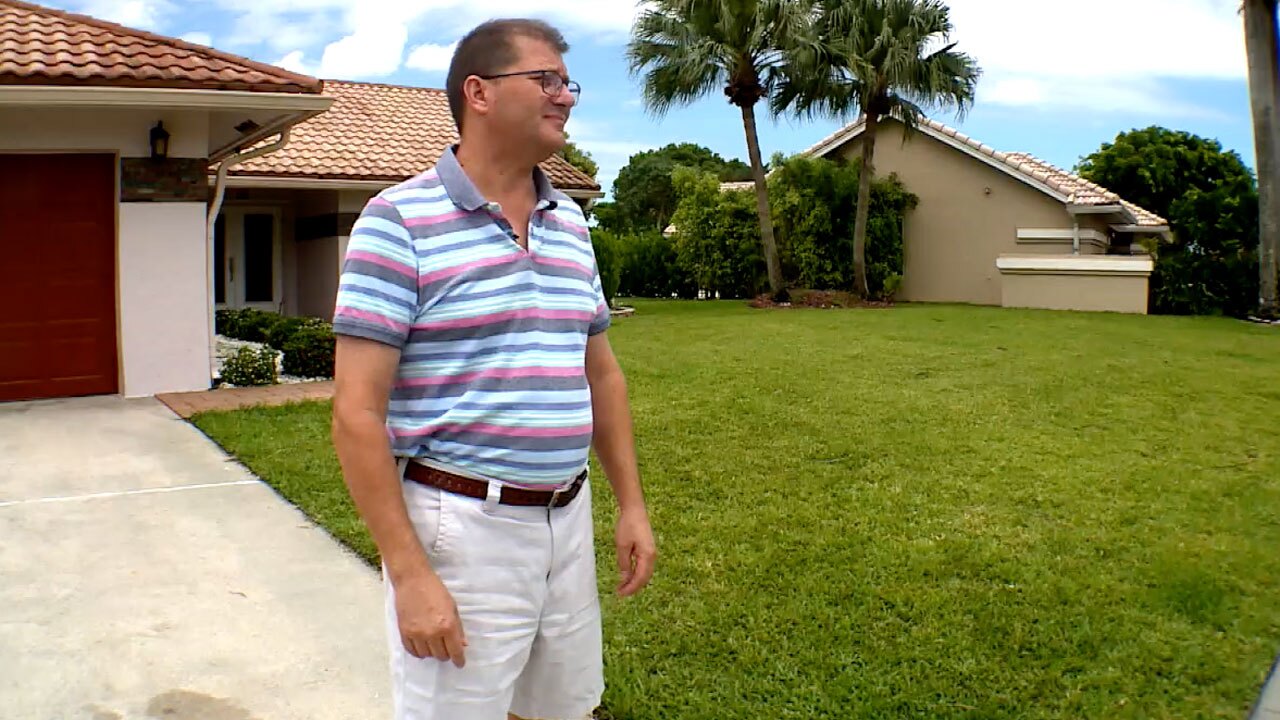 Boynton Beach resident Steve Eppley speaks about the increase of home insurance rates and his decision to self insure once his mortgage is paid off.

What are the downsides?

To self insure their house, residents will likely need a substantial amount of capital to pay for the loss of their home or pay for other major repairs.

Homeowners who decide to go the route of insuring their house should have a good investment strategy. Since they are still setting aside the average amount they would normally be paying to an insurance company, it is imperative that the homeowner is diligent about investing those funds into an account.

Robert Norberg, the president of Arden Insurance in Lantana, spoke with WPTV about the pitfalls of self-insuring your home.

“Self-insurance is bad. … For the average consumer, they don’t have the money in the bank or the savvy to invest on a regular basis to cover the catastrophe loss that might happen,” Norberg said.

He said the self-insuring model is likely only an option for more wealthy individuals.

“The average consumer couldn’t [afford putting] on a $30,000 new roof if they had to today,” Norberg said.

He said there are other strategies where homeowners might consider a higher deductible and cut out some coverage. This is taking on more risk but still having coverage for a substantial catastrophe loss like a fire.

Norberg said homeowners should not think of their insurance policies as a way to maintain their home and use for minor repairs.

“It’s for catastrophe loss or major sudden accidental loss. If you are using it to get a new roof, when you know it’s old, you should have been budgeting all along for a new roof,” Norberg said.

Home insurance is all about protecting what is most likely the most expensive asset you will ever own: your house.

Even though it may be frustrating to send a check to an insurance company periodically, it does give residents peace of mind if disaster strikes.

Florida homeowners need to look at the bigger picture given they live in a state susceptible to flooding and hurricanes that can change your life in an instant.

The state of Florida offers a handy guide that helps residents navigate the sometimes tricky realm of home insurance.

The Westfield Town Council voted 7-1 on Tuesday to introduce an ordinance that allows for a downtown redevelopment plan to move forward.It will next … END_OF_DOCUMENT_TOKEN_TO_BE_REPLACED

New York CNN  —  Bed Bath and Beyond is closing another 87 stores as the struggling retailer barrels toward bankruptcy. … END_OF_DOCUMENT_TOKEN_TO_BE_REPLACED