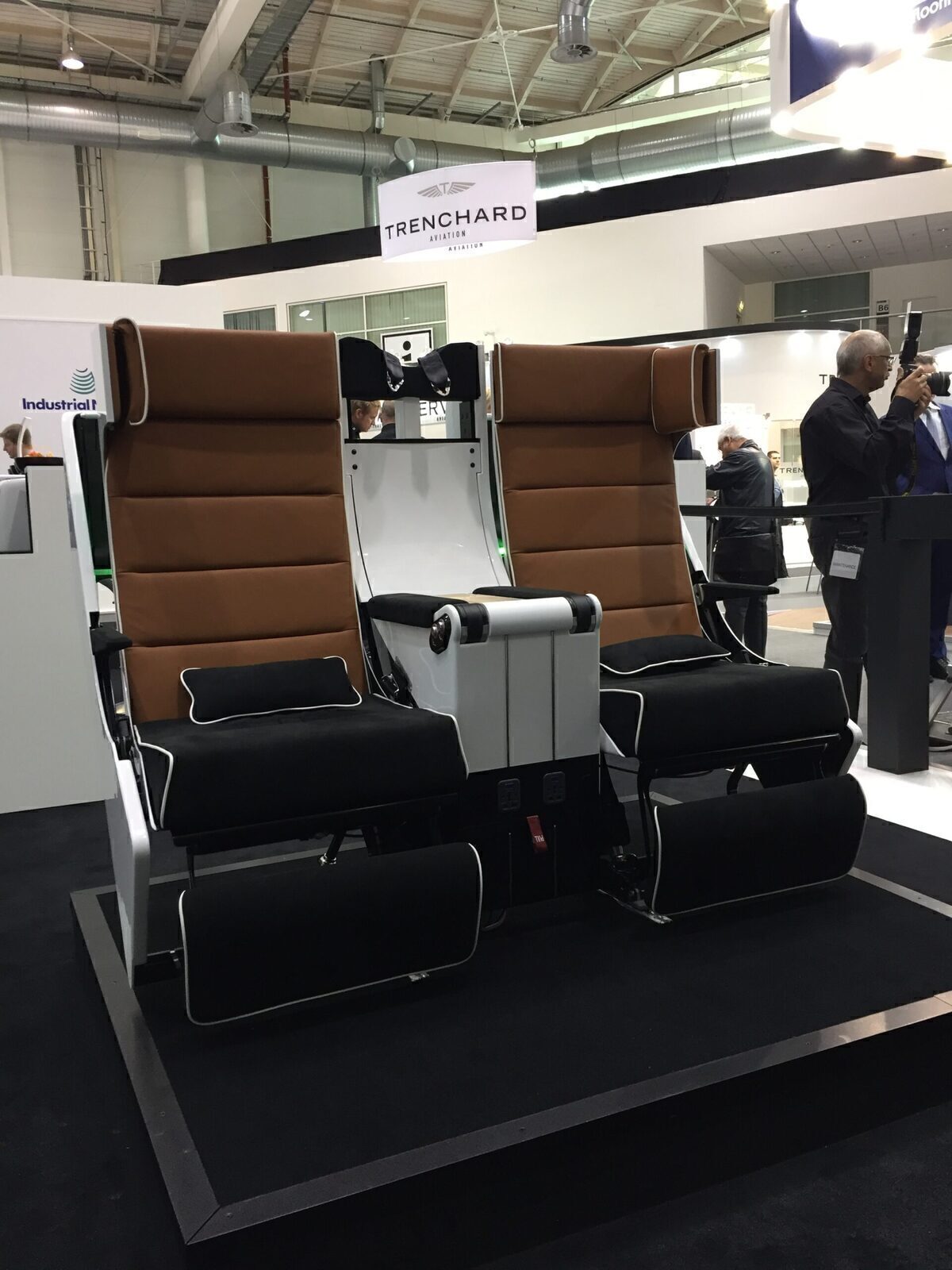 Premium economy is a hot cabin right now, with airlines all over the world joining the movement to give economy fliers an affordable upgrade to their experience. The S:3 from Rebel Aero is seeking to revolutionize the experience in this cabin, letting passengers get more comfortable without imposing on the person behind.

Could the S:3 from Rebel Aero be the premium economy seat we’ve been waiting for? Photo: Rebel Aero

A rebel in cabin design

In the world of airline interior products, Rebel Aero likes to live up to its name. The UK-based company purports to be ‘tearing up the rulebook’ when it comes to airline seating, designing products for the masses that really pay attention to detail.

While we often see seat innovations targeted at the premium cabins, Rebel Aero focuses on the economy class flier. Aiming to bring to market concepts that appeal to both the passenger and the airline, its journey began with the S:two economy class seat.

Winning accolade at the 2016 Crystal Cabin Awards, Rebel’s S:two had some key benefits built-in. Notably, the flip-up booster cushion meant it gave passengers more standing room in their seat space, reducing congestion in the aisle and speeding up the boarding process. 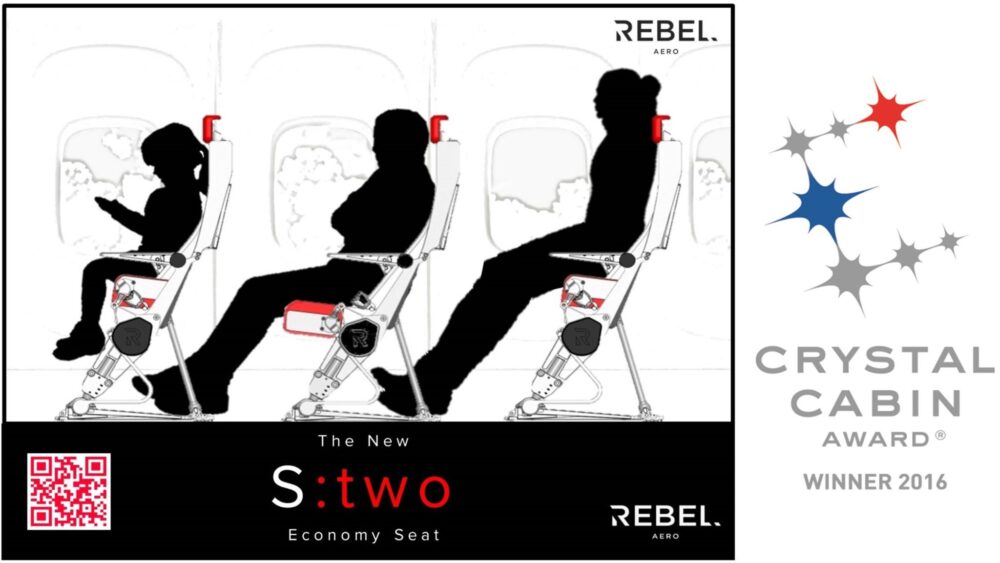 With this technology, the seat also allows passengers to engage alternative seating positions, letting them ‘stretch their legs’, even at a squeezy pitch of as little as 27 inches. Flipping up the booster cushion also serves to provide an ideal seat for children, placing them in a safe and secure position and stopping little legs from kicking the seat in front.

The S:two gained its patent approval last August and is undergoing certification testing ahead of launching into the market. Building on the success of the S:two, Rebel Aero has been working on something for the economy flier that demands a little bit more.

Stay informed: Sign up for our daily and weekly aviation news digests.

For the premium economy market, Rebel Aero saw the potential to adapt its S:two product and make it even better. At the Aircraft Interiors Expo in 2017, it launched its brand new S:3 seating concept, which draws on the technologies of the S:two and kicks everything up a gear. 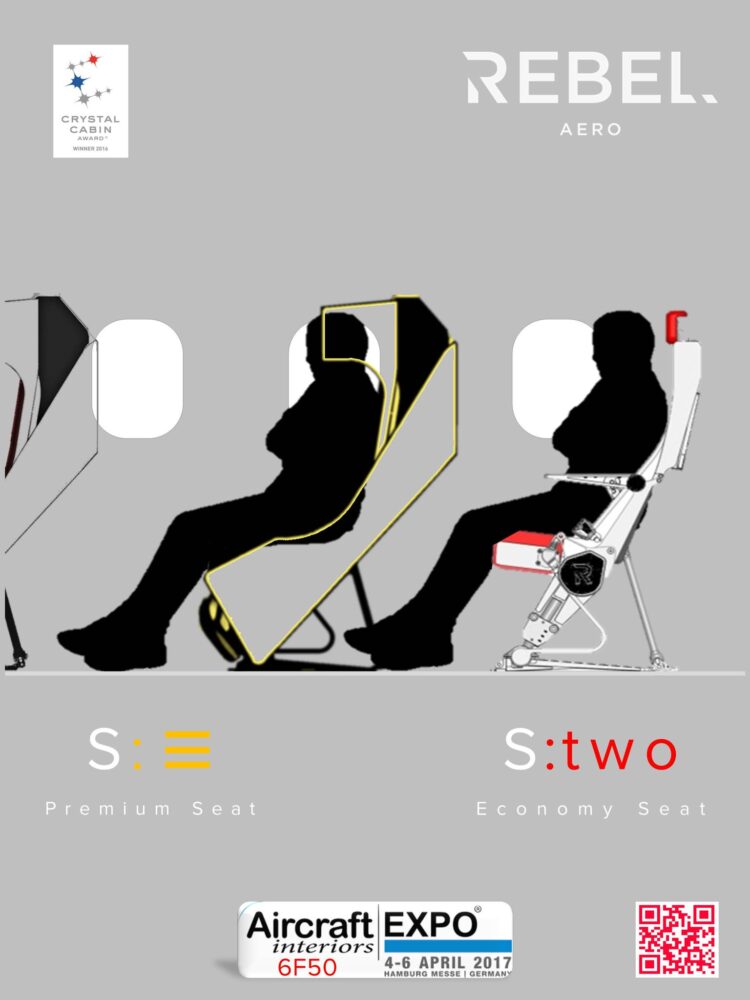 Learning from the S:two, the S:3 takes the concept a little bit further. Photo: Rebel Aero

The S:3 is based on a ‘cradle’ type design, somewhat reminiscent of the hard shell business class products of yesteryear. This cradle allows every passenger to recline to a decent level without ever impinging on the real estate of the passenger behind them. The seat swings by as much as 18 degrees within the composite shell. With the adjustable leg rest employed for additional support, it lets the passenger achieve a ‘lazy Z’ sort of sleeping position. 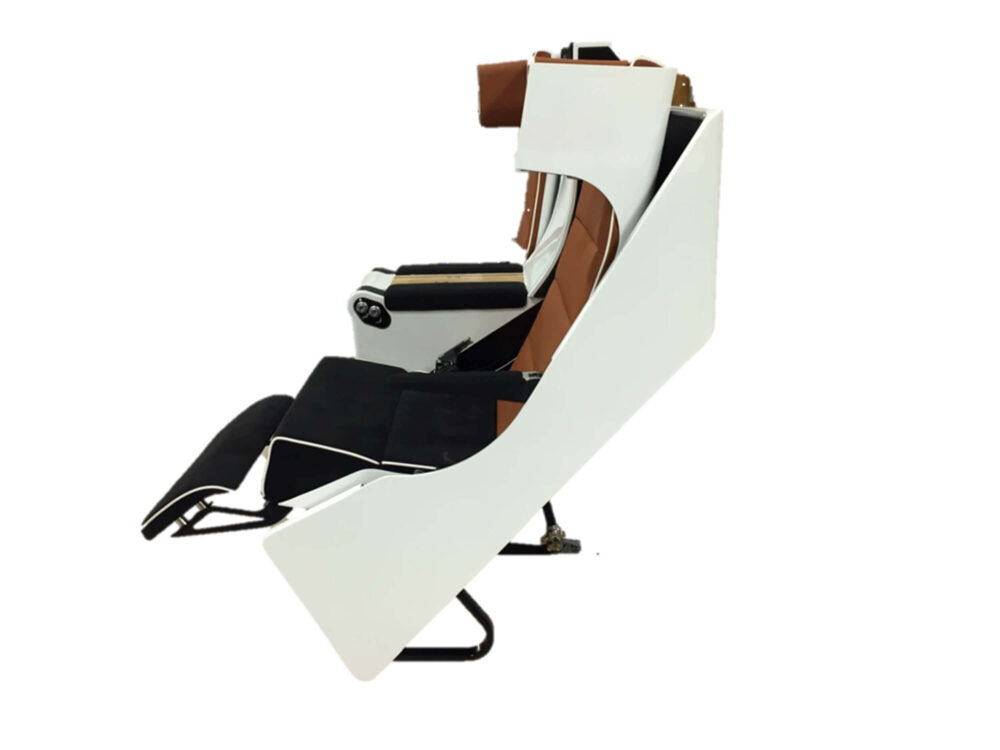 The cradle allows for full recline without impacting the passenger behind. Photo: Rebel Aero

The company says that, because the entire seat swings down into a reclining position, it maintains support of the passenger’s body at all times, making it more comfortable than existing premium economy seats. 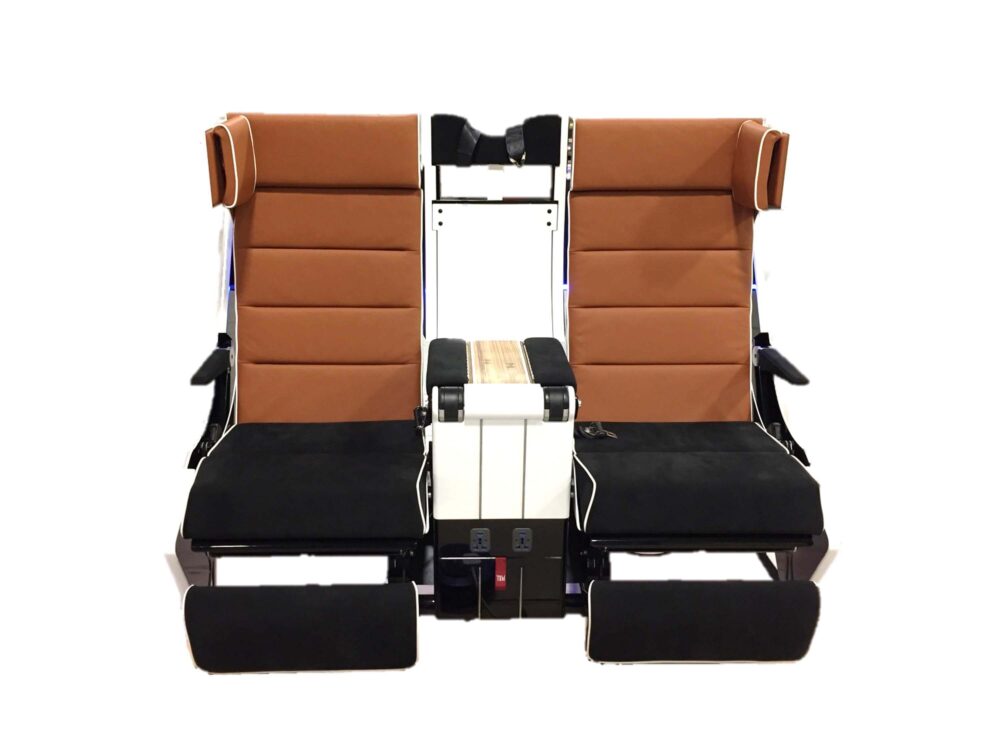 As with the S:two, the S:3 has a three-point harness for added comfort and security. It also employs the same ‘booster seat’ technology of the S:two, which lets passengers change their seating position during the flight. Again, it can be used as a booster seat for children.

The patented headrest allows passengers to get comfy in any position. Photo: Rebel Aero

The other really clever part of the S:3 is the patented headrest technology. This allows passengers to adjust the support and position of the headrest for optimal comfort,  both in sitting up and reclining mode. 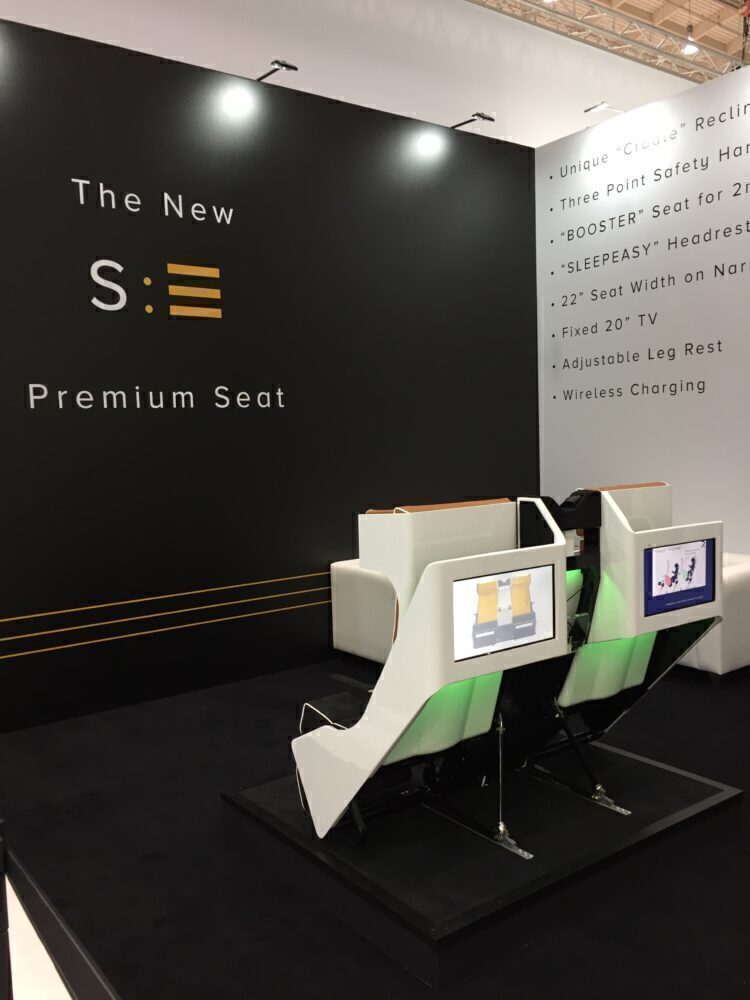 At just 22 inches in width, the S:3 is a product that will appeal to passengers and airlines alike. With a fixed 20-inch IFE screen and wireless charging built-in, this could be something we have the pleasure of enjoying in premium economy cabins of the future.

Let us know what you think of the S:3 in the comments.

Scammers are taking advantage of the holiday hubbub to defraud consumers in increasingly sophisticated schemes. While prevalent year-round, financial … END_OF_DOCUMENT_TOKEN_TO_BE_REPLACED

We pride ourselves on our service to Native American students and the communities they represent.We are approaching the end of a memorable fall … END_OF_DOCUMENT_TOKEN_TO_BE_REPLACED