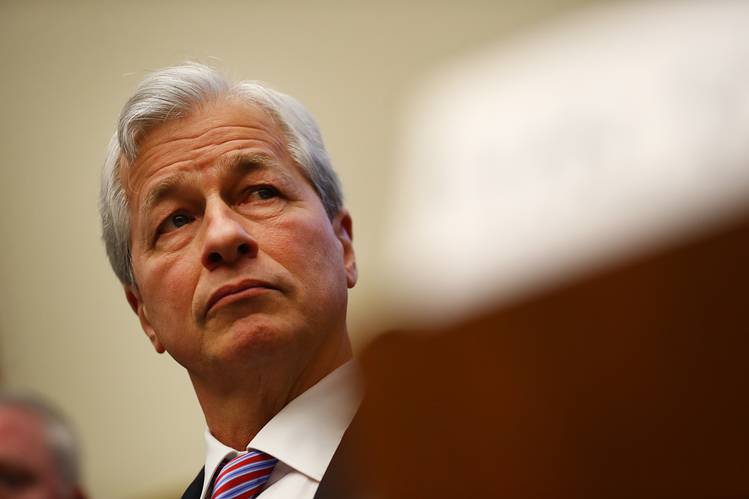 The chief executive of JPMorgan is “done” with Zoom meetings and full-time working remotely.

“I’m about to cancel all my Zoom meetings,” Jamie Dimon said at The Wall Street Journal’s CEO summit on 4 May. “I’m done with it.”

Dimon’s comments come as investment banks around the world begin to notify their staff of office plans in the coming months and the vaccine rollout in the UK and the US continues at pace.

“It doesn’t work for culture. We’ve told people we expect them on 17 May, one or two days a week, get used to it”

The UK government is slowly lifting its third nationwide lockdown, with the last step of the four-stage roadmap set to lift on 21 June.

Rival Goldman Sachs told employees in the UK that they should “make plans to be in a position to return to the office” by 21 June, according to a 4 May memo from executives seen by Financial News. Blue-chip bank Barclays also told staff that they will start increasing employees numbers in Canary Wharf from June.

“It doesn’t work for culture. We’ve told people we expect them on 17 May, one or two days a week, get used to it,” Dimon added, explaining that by mid-July half of the employees will be back rotating through the offices.

Many City firms have said that they will be rolling out hybrid working – where employees split their time between home and the office – in the summer.

“Get your head wrapped around the fact that we may, if we can, with the legal issues about requiring vaccines,” he said. “We want people back at work. In my view, September and October, it will look just like it did before. I don’t think the world will look dramatically different.”

In the UK, more than 34 million people have received the first dose of their vaccine and 15 million are fully vaccinated, according to the latest government data.

With the long weekend upon us, Canadians will likely spend the next few days out at the lake or in their backyards, gathered around a … END_OF_DOCUMENT_TOKEN_TO_BE_REPLACED

SHAWNEE TOWNSHIP — Bob and Connie Sutherland have been in the swimming pool business for 53 years, and it all started from an ad in the … END_OF_DOCUMENT_TOKEN_TO_BE_REPLACED