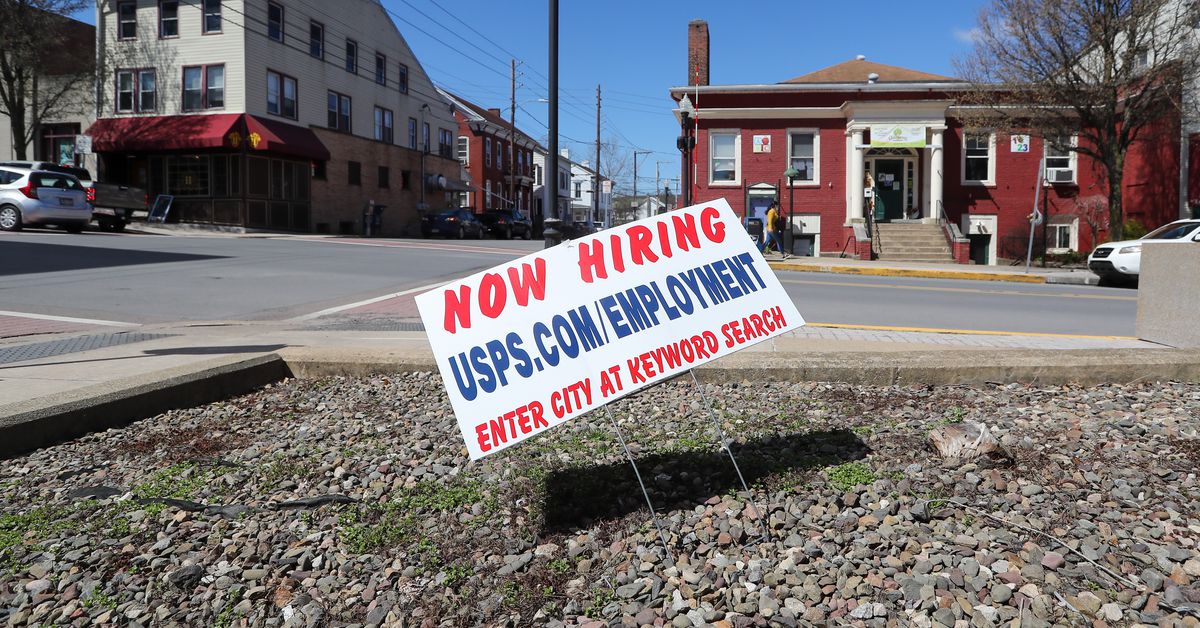 Economic data released Thursday shows some hopeful signs of a strong post-pandemic recovery, five weeks after the federal government implemented a sweeping Covid-19 recovery bill — and as increased rates of vaccinations continue to push more Americans back into their local economies.

According to the Department of Labor, US jobless claims totaled 576,000 last week, the lowest number since the beginning of the pandemic in March 2020. That’s far below the 710,000 jobless claims economists polled by the Wall Street Journal experts expected to see this week, and the first time the Labor Department has reported under 600,000 unemployment claims in over a year. It’s a sign that the economy is recovering after months spent languishing in pandemic-induced recession.

“We’re gaining momentum here, which is just unquestionable,” Grant Thornton chief economist Diane Swonk told the New York Times, while also noting that so many unemployed people is no cause for celebration. “You’re still not popping champagne corks.”

Nevertheless, the numbers are vastly different than those that came at the beginning of the pandemic. When the US locked down for the first time last March, jobless claims skyrocketed, peaking at 3.3 million a week. Before that, the highest total was 700,000 in 1982. In 2021, 700,000 jobless claims has been taken as a good sign, down from 900,000 in early January.

Other economic indicators are also pointing to a potential recovery. For instance, retail spending rose nearly 10 percent in March. Double-digit gains in restaurants and bars suggest that the distribution of vaccines are at least partially responsible for the economic growth, as more people return to public settings with coronavirus protections in place.

But other economists and business leaders attribute much of this economic growth to the $1.9 trillion American Rescue Plan signed by President Joe Biden in March. While the rollout of a massive child tax credit and billions spent on housing assistance are aiding the overall economy, the $1,400 stimulus checks sent out to many Americans are seen as having led directly to the current retail spending boom, now at its highest point since May 2020. Shoppers spent more on clothing, sporting goods and electronics in March than in any month in 2021, the Commerce Department found.

“Spending will almost certainly drop back in April as some of the stimulus boost wears off,” Michael Pearce, senior US economist at Capital Economics, told NBC News. “But with the vaccination rollout proceeding at a rapid pace and households finances in strong shape, we expect overall consumption growth to continue rebounding rapidly in the second quarter too.”

The economy is still a long way from the heights of February 2020, when 8.5 million more Americans had jobs than they do today. A full recovery could take up to three years, though it’ll likely happen sooner, according to the Pew Research Center — getting there will require curbing the Covid-19 epidemic, a goal the US is making progress toward, but has not yet reached.

Good economic news doesn’t mean the pandemic — and all the problems it has created — are over. A full economic recovery is likely incumbent on the US reaching herd immunity (generally seen as when 70 to 85 percent of the public has some immunity to Covid-19), ensuring the country is no longer at the mercy of coronavirus-induced shutdowns.

At the moment, Covid-19 cases nationally are on the rise, especially in Michigan, where children and adults under age 30 now make up 30 percent of Covid-infected patients statewide and hospitalizations are at highs not seen since last fall. Overall, the US is averaging more than 70,000 cases per day. The rate of vaccinations has also been increasing, with the CDC regularly reporting record-breaking days; at the moment, the US is vaccinating an average of 3.3 million people per day, according to the New York Times. This has led to a situation that Dr. Anthony Fauci, chief medical advisor to the president, has described as “a race between the vaccine and the virus.”

Despite this, there is some concern herd immunity may be further off than it could be, especially in regions with low levels of vaccine confidence and demand. A Quinnipiac University poll released Wednesday found that roughly 45 percent of Republicans do not plan on getting vaccinated, suggesting the inroads Biden has tried to make to depoliticize the vaccine haven’t worked. Some states are already seeing a surplus of vaccines relative to demand. As of early April, Alabama had administered just 61.4 percent of its doses, an Axios analysis found.

If that lack of uptake is due to concern about the vaccine’s safety or efficacy, those number may change. Some research, including polling by the Kaiser Family Foundation, has found the number of Americans who want to see how the vaccine affects others before taking it declining as the pandemic goes on — and the number of people willing to take it increasing. As of March 2021, Kaiser’s pollsters found 62 percent of adults saying they’d gotten the vaccine or would as soon as possible, up from 55 percent in February.

Like the economic numbers, these figures are promising, and could usher in even further economic gains. These are badly needed, as unemployment remains elevated at 6 percent, as of March, (though less than half of its pandemic high of 14.8 percent). Within that unemployment figure is a reminder that the absence of a total economic recovery is affecting workers of color the most.

Overall, however, economists remain bullish. Morgan Stanley is forecasting a 6.4 percent increase in global GDP this year, and a slightly more modest 5.9 percent increase in the US. It would be a stunning reversal of fortunes for a world economy that plunged to record depths in 2020.

“This was the deepest, swiftest recession ever, but it’s also turning into the fastest recovery, ZipRecruiter labor economist Julia Pollak told the New York Times. “And I don’t think we should lose sight of that just because some of the measures are a little stubborn.”

When our TVs were smaller, seeing that black screen wasn’t a big deal. In the age of cheap big screens, they’re an eyesore.That’s especially true if … END_OF_DOCUMENT_TOKEN_TO_BE_REPLACED

If you know of a local opening or closing, please let us know here.. ・ All Weather Selvedge Denim Co. (AW) has opened at The Promenade Shops in Saucon … END_OF_DOCUMENT_TOKEN_TO_BE_REPLACED