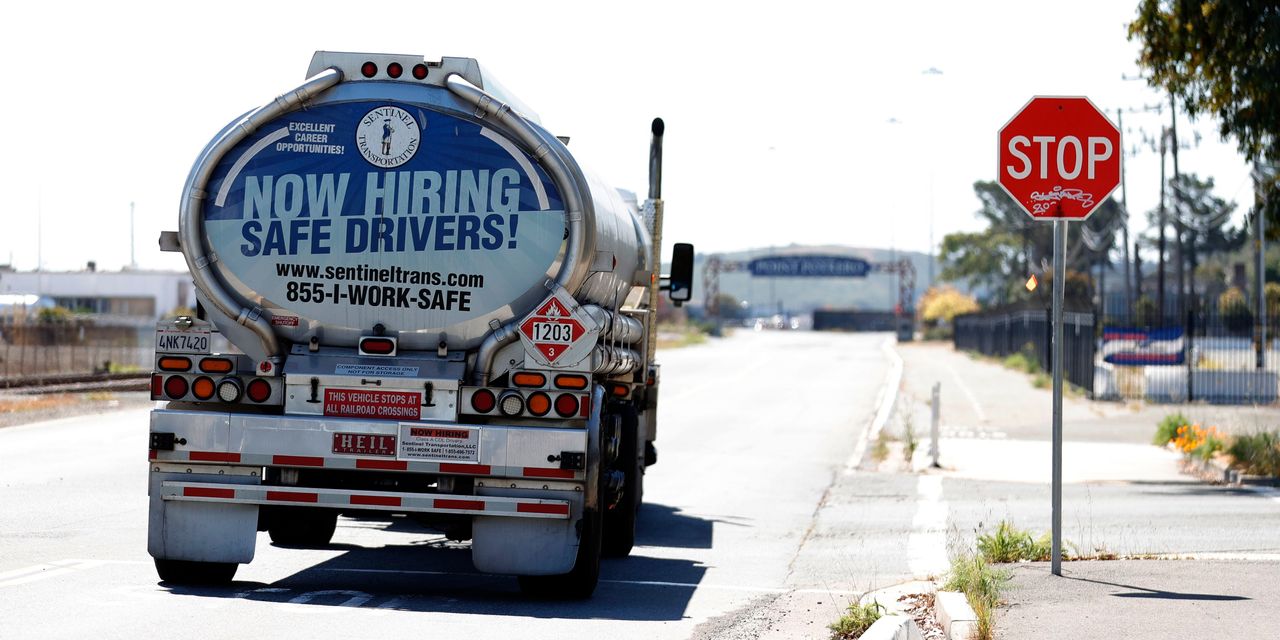 Consumers flush with stimulus money are spending like mad and businesses are rushing to keep up by pumping out more goods and services. So don’t be shocked if the U.S. adds millions of new jobs in the next several months.

It’s already started, in fact. The economy probably created more than 900,000 new jobs in April for the second month in a row, economists polled by Dow Jones and The Wall Street Journal predict.

One of them is chief economist Richard Moody of Regions Financial, who forecasts 1.22 million new jobs. That would mark the largest increase since last August.

Read: Americans grow increasingly confident in the economy and expect unemployment to decline

“Our forecast anticipates a stepped-up pace of hiring in the services sector, reflecting further reopening of the economy and firms positioning themselves for significantly stronger demand over the months ahead,” Moody said.

The official unemployment rate, meanwhile, is seen sliding to 5.8% from 6%.

No one believes the real rate of unemployment is that low — most economists think it’s over 9% — but it would still be a good sign.

Hiring has picked up sharply this year owing to rising vaccinations, declining coronavirus cases and relaxed business restrictions. A massive dose of federal stimulus in March that included $1,400 checks for most Americans is now amping up the hiring spree.

The stimulus money won’t last forever, of course, but Washington hopes that by getting more people back to work the rebound in the economy will become self-sustaining.

As unemployment falls to very low levels, the thinking goes, Americans will have plenty of income to spend to keep the good times going.

Whether the strategy works won’t be known for another year or two, but in the short run, hiring is bound to accelerate.

A chief reason: Many service-oriented businesses — think restaurants, hotels, theaters, casinos, resorts and the like — are sure to add jobs as customers return. That’s what Moody and other economists are banking on.

How come? The tens of millions of Americans who’ve been vaccinated are tiring of sitting at home. People want to go out, travel, catch a game, see a movie or throw a few dice.

What’s less clear is how long it will take to regain all of the more than 8 million jobs that existed before the pandemic. And that doesn’t even take into the account several million new jobs that likely would have been created had there been no pandemic in the first place.

The size of the labor force usually increases by at least one million every year as more people graduate, emigrate to the U.S. or go back to work after taking time off to care for children or older relatives.

Perhaps one potential roadblock to hiring — the coronavirus pandemic aside — are very generous unemployment benefits.

The federal government recently increased payments by $300 a month and extended the amount of time people can collect them. The emergency benefits run through September.

Yet there are growing reports around the country that many companies can’t find enough people to fill open jobs. Some business owners complain people are unwilling to work because they get more from unemployment than they would from their paychecks.

“Clearly there’s something going on out there as many companies are reporting labor shortages,” Federal Reserve Chairman Jerome Powell said last week.

Yet he also suggested fear of catching the virus, especially in jobs that require close contact with customers, could play a role. Restaurants in particular seem to have a hard time getting new employees through the door.

Some working-age adults might also still be caring for young children or older relatives, Powell suggested, because of limited options during the pandemic. These problems will ease as children return to school, daycare centers reopen and more people are willing to trust nursing homes again.

“My guess would be that you will see people coming back into the labor force,” he said, noting that the extra unemployment benefits will run out in five months.

The UK tech community has reacted with an outpouring of shock and sadness upon learning that Tech Nation, the entrepreneur network that has supported … END_OF_DOCUMENT_TOKEN_TO_BE_REPLACED

© APFedEx will cut more than 10 per cent of its global leadership team, adding to the more than 12,000 employees it has shed over the past seven … END_OF_DOCUMENT_TOKEN_TO_BE_REPLACED

The Westfield Town Council voted 7-1 on Tuesday to introduce an ordinance that allows for a downtown redevelopment plan to move forward.It will next … END_OF_DOCUMENT_TOKEN_TO_BE_REPLACED