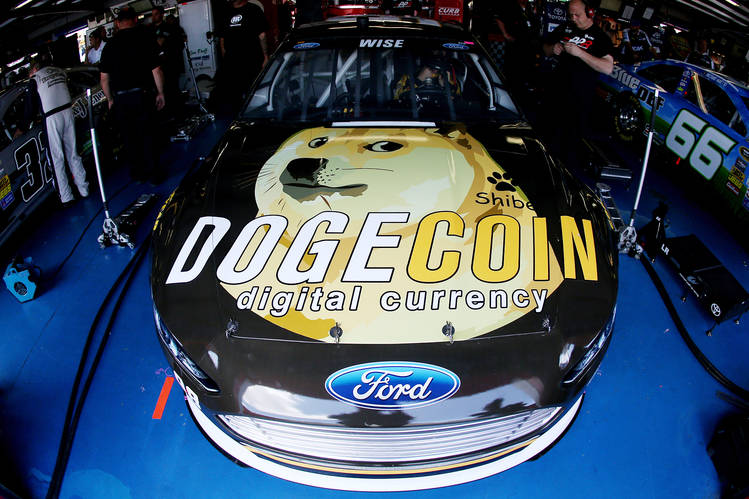 The value of cryptocurrency Dogecoin has increased almost 140% in the last 24 hours.

The digital currency was created as a joke in 2013 by software engineers Jackson Palmer and Billy Markus to poke fun, using memes, at how cryptos were growing. According to its website, it is a “completely anonymous, decentralised and extremely secure” cryptocurrency that allows users to easily send money online.

On Google Trends, queries in the UK of “will dogecoin continue to rise?” increased by 250% in the last 24 hours, with the question “can dogecoin reach $1?” also going up by 140%.

As for the US, searches of “will dogecoin crash?” and “why is dogecoin going up right now?” increased by 650% and 400% respectively in the last day.

The cartoon-styled cryptocurrency is a favourite of Tesla chief executive and prolific tweeter Elon Musk. In February, Musk published a series of tweets about Dogecoin, as did rapper Snoop Dogg, and prices hiked up in response.

“I can’t give financial advice, but if in doing your own research on Dogecoin you discover that its entire thesis is based on a meme of a Shiba Inu dog, you should probably then give up trying to determine any technical or fundamental reasons for price increases,” Tyler Kenyon, marketing director at London crypto custody provider Copper, told Financial News in an emailed statement.

“The Dogecoin market is as rational as the people who trade in it.”

In an interview with The Express, Thomas Perfumo, head of business operations and strategy at Kraken Digital Asset Exchange, said that the exchange had seen a “significant uptick” in Dogecoin at the beginning of the year as the GameStop saga was unfolding.

“Of course, some traders bought DOGE anticipating a rise in price, but the overarching narrative behind the coin’s 30x run this year is a protest against systemic inequities in the traditional financial industry – dogecoin is, after all, the original ‘meme asset’,” Perfumo said.

In January, a group of retail traders using Reddit bandied together to push up the share price of US retailer GameStop, a stock that was heavily shorted by a number of hedge funds.

READ GameStop’s month of mayhem — Everything you need to know about Reddit, hedge funds and Robinhood

Once you buy a business, the real work starts. It’s not enough to simply maintain the status quo, even if you’re making a profit. A fresh pair of … END_OF_DOCUMENT_TOKEN_TO_BE_REPLACED