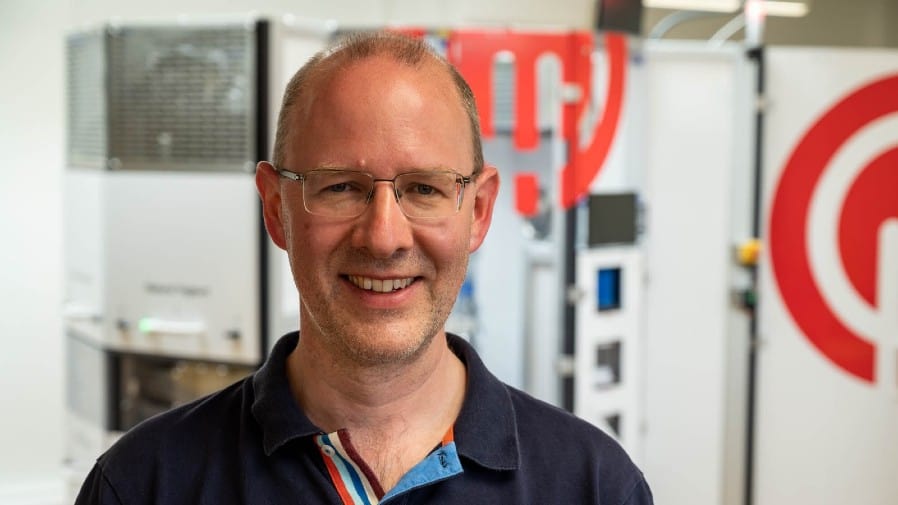 In a move to revolutionise the food and hospitality industry, London-based Karakuri is a food robotics startup that designs, manufactures and installs robotic automation systems for commercial kitchens, restaurants and caterers. Now, the company just announced that it has appointed Dr. Peter Schroder as its Chief Technology Officer.

With unmatched experience in developing new, ground-breaking technologies and applying them in a range of industries, Peter will be a valuable new addition to the Karakuri team. The new CTO has a proven track record of innovation in product development, engineering, data and analytics across multiple markets, including Automotive, Motorsport, Transport, IOT, Aviation & Health.

Earlier, Peter served as CTO for Mclaren Applied and held several positions at McLaren, including chief engineer for the racing team. At McLaren Applied Peter was responsible for the design and development of a number of high-performance products that used Formula 1 technologies to disrupt other established markets. During his time as chief engineer for the Formula 1 team Peter oversaw the development and delivery of technologies across all aspects of car and race operations, including McLaren-Honda’s Formula 1 energy recovery system.

Karakuri’s CTO will be responsible to drive its strategy and the creation of innovative robotics that will deliver the future of food.

Peter will work alongside Karakuri CEO and founder, Barney Wragg to further develop its DK-One robot, the world’s first robotic canteen, ahead of its pilot installation later this year.

Karakuri’s DK-One is being developed to start using some of those senses. Its range of sensors can analyse the food it is using to prepare it in exactly the right way. It also can be precise in a way that no human can, offering exact portions of foods and mixes to cater for dietary and nutritional requirements.

He will lead the engineering team as the company pushes the boundaries of how cutting-edge
robotics is combined with state-of-the-art sensing and AI to transform how restaurants, canteens, hotels and supermarkets will produce and serve meals in a post-COVID world.

Barney Wragg, CEO and founder of Karakuri said, “At Karakuri, engineering innovation is at the heart of everything we do. To lead such a complex multi-disciplined engineering organisation requires a CTO with phenomenal people skills, a passion for driving change and innovation and unprecedented technical ability. Peter is the perfect fit for Karakuri, he brings that passion and enthusiasm and helps us accelerate our ability to build technology that will ultimately change how we interact with food as consumers.”

Speaking of the Karakuri team, Peter Schrodher added, “Karakuri ticked so many boxes for me when it came to moving on from Mclaren. This is a startup with the ambition and drive to develop an entirely new category of made-to-order healthy convenience food using the latest technologies across hardware and software. The achievements the team have made so far are amazing and I’m looking forward to upping the ante and pushing the innovation forward even further.”

A prototype, all-electric airplane took its first flight Tuesday morning in central Washington state. The Seattle Times reports that if the Federal … END_OF_DOCUMENT_TOKEN_TO_BE_REPLACED

Even with the market seemingly finding new depths each day, now is probably not a good time to bet on the Federal Reserve to ride in and save the day … END_OF_DOCUMENT_TOKEN_TO_BE_REPLACED

WASHINGTON (AP) — Democratic Sen. Joe Manchin has abandoned, for now, his push to speed up the permitting process for energy projects, easing the … END_OF_DOCUMENT_TOKEN_TO_BE_REPLACED