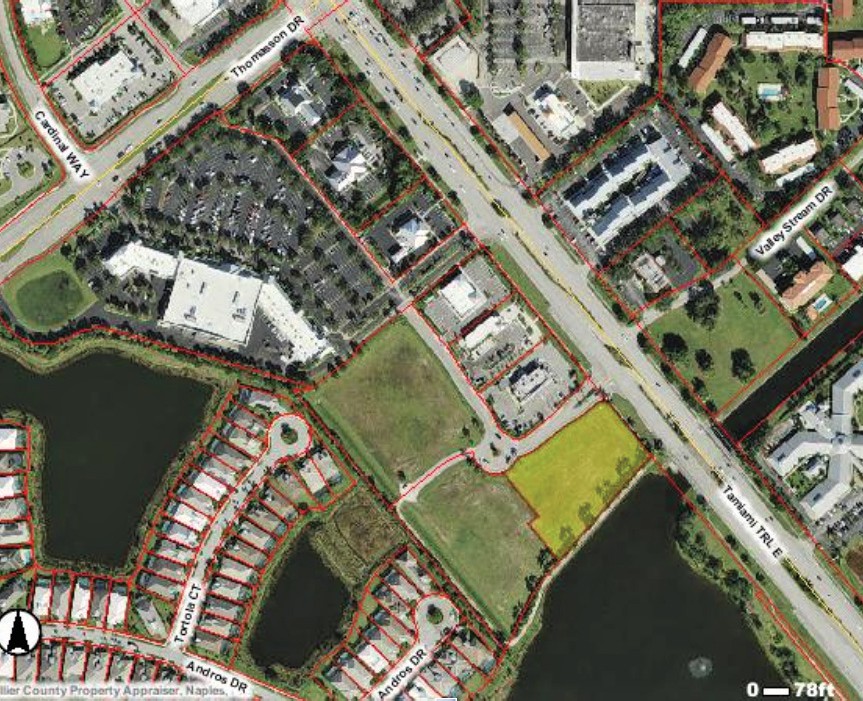 Lamborghini of Naples is proposed for a vacant commercial lot in the Shops at Hammock Cove in East Naples. LAMBORGHINI PALM BEACH

Q: What kind of auto dealership is planning to use that small parcel of land next to Culver’s and The Isles of Collier Preserve?

A: Red hot on the heels of the Ferrari dealership that launched last year in North Naples, another Italian supercar dealer has plans for a location in East Naples.

Lamborghini of Naples is the subject of a Collier County public hearing on Thursday morning, May 27. The hearing examiner is expected to determine that the proposed use of a new luxury car dealership is comparable in nature to other permitted uses in the Sabal Bay mixed planned unit development, said Patrick Utter, senior vice president of real estate at Collier Enterprises.

Collier Land Development Inc., an affiliate of Collier Enterprises, still owns the 2-acre vacant commercial parcel proposed for the Lamborghini dealership. The lot fronts U.S. 41 East between The Isles of Collier Preserve residential community and the Culver’s drive-thru restaurant in the second phase of the Shops at Hammock Cove, just south of Thomasson Drive.

The map portion shaded yellow is the vacant commercial lot where the Lamborghini of Naples dealership is proposed on U.S. 41 East in East Naples. COLLIER COUNTY PROPERTY APPRAISER

An application for an 18,000-square-foot new car dealership was filed May 17 with the county’s Growth Management Department. Lamborghini of Naples has a pending pre-application meeting with county planners. The proposed new dealership will be affiliated with Lamborghini Palm Beach in West Palm Beach.

Running fast behind the prancing horse, it’s still too early to know when we might see the raging bull logo atop a high-performance exotic car dealership on the East Trail. A construction timeline, development plans and renderings for the proposed Lambo dealership are not available yet.

Q: What is going behind the Culver’s on 41 East next to Foxboro’s? — Joe Mastrocola, East Naples

A: Hampton Inn & Suites Naples South will be built at 5146 Tamiami Trail E., a 3-acre vacant commercial lot behind a proposed Lamborghini dealership in the Shops at Hammock Cove adjacent to The Isles of Collier Preserve community. The four-story Hampton Inn, a brand of Hilton Worldwide Holdings, will have 124 rooms and an outdoor pool. “We’re going to have a really nice outdoor area,” said Richard Born, president of Liberty Hospitality Partners, the developer and 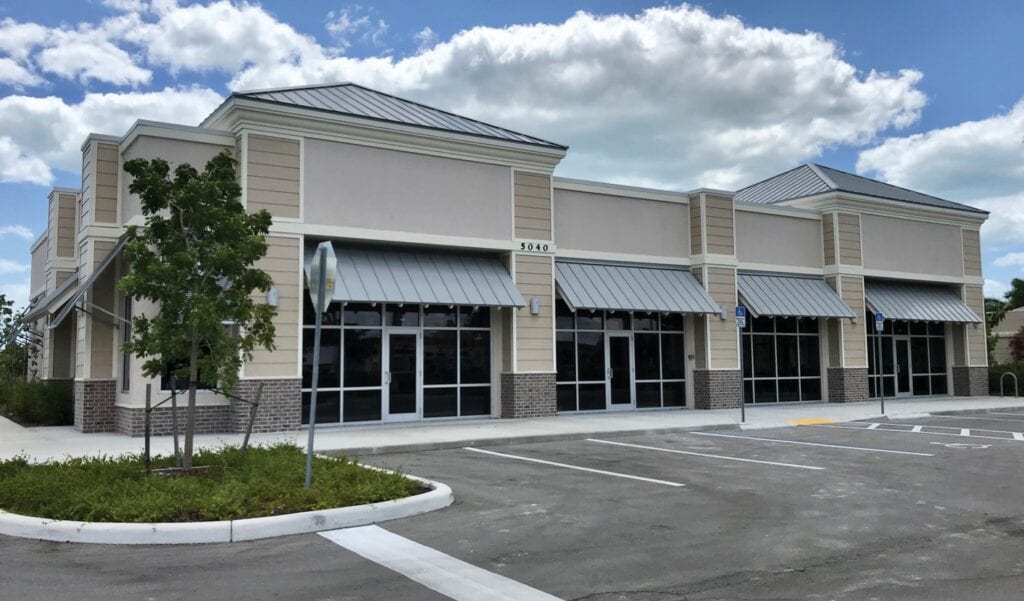 The multi-unit commercial strip is where a dental office and a Jersey Mike’s Subs restaurant are planned in the Shops at Hammock Cove in East Naples. TIM ATEN / FLORIDA WEEKLY

owner of the hotel.

Danko Holdings, a real estate holding company of The Liberty Group of Montoursville, Penn., purchased the acreage in November from Collier Land Development Inc. for $2.5 million, Collier County property records show. The site development plan has been approved and the hotel is in for county permitting. The project is scheduled to go out for bid in July for a construction start date in October, Mr. Born said. “We’d like to open in November 2022,” he said.

Other Hampton by Hilton hotels in Collier County are on U.S. 41 North in Naples and on Northbrooke Plaza Drive in North Naples.

Meanwhile, Pat Utter of Collier Enterprises is working with a prospective buyer for the last vacant developable commercial tract on the market in the Shops at Hammock Cove. That 2.8-acre lot is directly behind the Culver’s restaurant, Cloud10 car wash and a new retail strip.

Q: What is being built next to the car wash at Hammock Cove in front of Foxboro?

A: Construction of a 6,534-square-foot multi-unit commercial strip recently was completed between Cloud10 car wash and the U.S. 41 entrance into the Shops at Hammock Cove in East Naples. In May 2019, California-based Covenant Real Estate Group, the preferred developer for Pacific Dental Services, purchased nearly 1 acre at 5040 Tamiami Trail E. for $1 million to build a dental office and two adjoining units in a freestanding 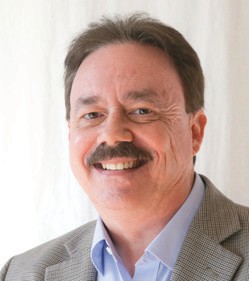 building. Pacific Dental will occupy Suite 300, the largest of the three units at 3,034 square feet, architectural plans show, but its opening date was not available.

Pacific Dental, which has more than 800 supported offices in 24 states, includes three other offices in the Naples area: Naples Modern Dentistry in Logan Landings, Naples Smiles Dentistry in Carillon Place and Dentists of South Naples in Freedom Square.

Next to the dental office space, Jersey Mike’s Subs is targeted to open as early as July in the 1,482-square-foot middle unit, Suite 200, at Shops at Hammock Cove. “The (East Naples) location is expected to open in Q3. We can provide more details as we get closer,” said Kyle Potvin, a corporate spokeswoman for Jersey Mike’s.

The fast-casual sandwich chain, which started on the Jersey Shore in 1956, opened its first Collier location last year in North Naples and will launch an Estero location this summer in the Shoppes at University Highlands at Ben Hill Griffin Parkway and Everblades Parkway. The Estero location is scheduled to open by mid-June, Ms. Potvin said.

More area franchises are planned for fast-growing Jersey Mike’s, which has more than 2,500 restaurants open or under development nationwide.

The remaining more than 2,000 square feet in Suite 100 of the Shops at Hammock Cove centers has not been leased, said Rob Carroll of Investment Properties Corp. in Naples.

One of Georgia Tech's most impactful incoming transfers could be EJ Jenkins. Jenkins is coming over from South Carolina, where he was used as a wide … END_OF_DOCUMENT_TOKEN_TO_BE_REPLACED

In 2021, Las Vegas experienced its most frenzied market in years. Any agent could put a house on the market and it had a considerable chance to sell. … END_OF_DOCUMENT_TOKEN_TO_BE_REPLACED