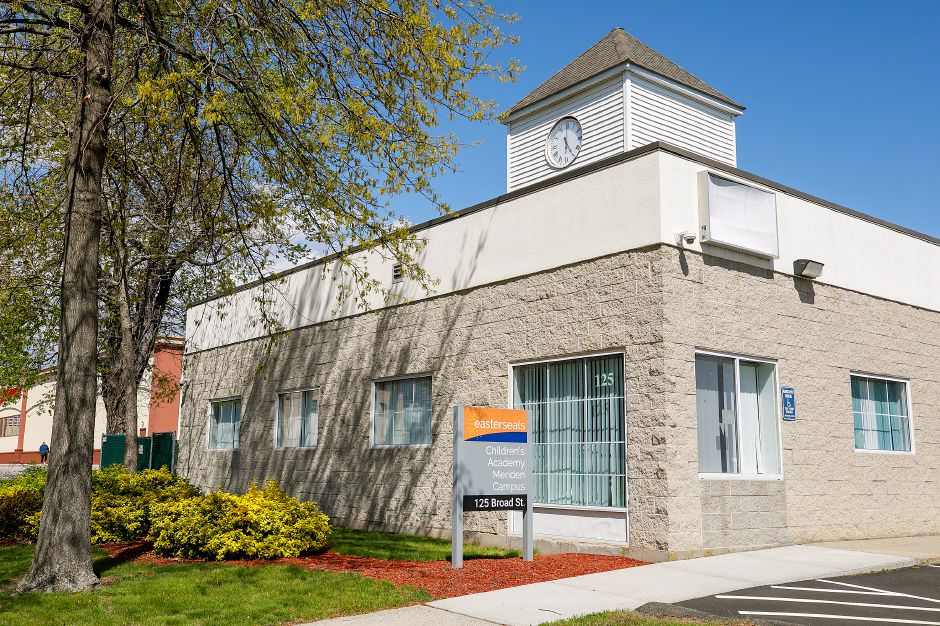 The organizations — MidState Arc, Inc., the Women and Families Center, and Easter Seals of Greater Waterbury — were notified of the newly assessed real estate taxes via letters sent out in late January by city assessor Melinda Fonda. All three groups appealed the assessments.

The Board of Assessment Appeals denied the appeals and upheld the assessments during an in-person meeting on March 23, according to meeting minutes.

Easter Seals of Greater Waterbury sought appeals of new taxes assessed on its rehabilitation services center at 158 State St., which serves a wide age range of adults, and its Children’s Academy at 125 Broad St., which serves preschool-aged children.

The Women and Families Center received a tax bill dated Jan. 31, for its WYSH House, a new residential facility at 183 Colony St. for homeless youth between ages 18 and 24. At the time the letter was issued, the WYSH House had only recently received its certificate of occupancy from city building officials and hadn’t yet begun to take in residents.

Fonda’s determination that the property would not be considered tax exempt appears to be a reversal of a previous determination made by her predecessor, Deborah Zunda. Zunda, in a February 2019 letter to the organization, stated she had determined the proposed use of the property was an accepted use “and will be exempt” from taxation.

Fonda’s January assessment letter to the center notified its leadership that, as of Oct. 1, 2020, the WYSH House had an assessed value of just under $1.18 million.

“This is very upsetting,” said Wayne Valaitis, CEO of the Women and Families Center, who estimated the new assessment would cost his agency more than $40,000.

“It’s going to impact us very significantly,” Shea said. “We were not given a reason why we were denied our tax exempt status. We were just told we would be getting a bill.”

Shea said her organization operates 11 different locations in several municipalities. Of the locations Easter Seals owns, its Meriden facilities are the only ones so far subjected to real estate taxes.

In addition to the new assessments, Shea said Fonda required her agency to file its tax-exempt forms in 2019, which Shea said was off-cycle.

“From a procedural perspective, we believe the tax assessor was off the normal procedure. We weren’t given any reason,” she said, adding Easter Seals had mentioned that in its appeal. However, it wasn’t addressed by the Board of Assessment Appeals, Shea said.

The organization will appeal the decision in court, Shea said.

Pamela Fields, CEO of MidState Arc, said in her 40 years with the organization, which provides services in 26 towns, she has never encountered a tax dispute. The assessment in Meriden is the first, she said.

The organization, which Fields says is largely funded through the state Department of Developmental Services, has already had to pay around $46,000 in taxes to Meriden.

“We have no way to recoup that money,” Fields said.

State law allows local assessors to determine what properties, owned by charitable, agricultural and cemetery organizations, are considered tax exempt. State law also allows any organization that has filed a tax-exempt statement, to appeal local decisions. The organizations must file in Superior Court within two months of a board of assessment decision on an appeal.

Coon, in an email, said because properties used for housing, like the WYSH House and those owned by MidState Arc are subsidized in part by state and federal funding, city officials determined the properties to be non-tax exempt under Connecticut law. Coon added MidState Arc’s properties are considered permanent housing. State law does allow for temporary housing to be considered tax exempt.

City officials contend that because Easter Seals provides medical rehabilitative services at its 158 State St. facility, for which it receives payment through health insurance and federally funded programs like Medicare and Medicaid, the facility does not qualify for tax exempt status.

“The patients in these programs are medically referred and are paid through health insurance. Anyone can be referred by their doctor to have physical therapy at this location,” Coon wrote in an email.

Meanwhile, Coon wrote, because the Children’s Academy charges fees, which are either paid for by program participants or subsidized by state or local government, its services also do not qualify for tax exempt status.

Coon, when reached by phone, said it’s up to state lawmakers to clarify the rules on tax exemptions.

“It’s a state issue. Legislators need to clarify for all the municipalities how they’re going to handle that,” Coon said.

For example, current state law considers properties owned by charitable organizations providing temporary housing, less than six months, to be tax exempt. One proposed law would remove that six-month stipulation to include all housing provided by nonprofit groups.

The Connecticut Conference of Municipalities, in written testimony on the proposal, made clear it opposes such an exemption.

“Permanent housing has never been exempt from taxation and this expansion will result in an unfunded mandate to towns and cities. If enacted, this new property tax exemption will simply shift the burden of providing municipal services to residential and commercial taxpayers,” CCM’s testimony read. “The current property tax system is regressive and this bill would simply compound the problem by further eroding the taxable base available to towns and cities and providing relief to a few at the expense of others.”

The matter may also be addressed by the state Supreme Court, which has heard arguments in a matter over housing that involves the town of Cromwell.

Gian-Carl Casa, president of the Connecticut Nonprofit Alliance, said his organization believes such assessments are illegal under Connecticut law.

Casa said that around five years ago tax assessors in other municipalities began issuing tax bills to nonprofits, despite there having been no changes in property use, deeming them no longer tax-exempt. Now there’s 40 municipalities, including Meriden, assessing such taxes.

“That puts nonprofits in a position of having to hire lawyers and go to court … Or pay the tax bill,” Casa said, adding that most nonprofits have been struggling financially over the past 10 to 15 years.

A lack of communication

The new local assessments did not sit well with some officials, including Mayor Kevin Scarpati.

Scarpati said his biggest issue was the lack of communication between the agencies and the assessors office.

“These nonprofits are operating on limited resources as it is, receiving state and federal funding just to pay the bills, and keep the staff on the payroll,” Scarpati said, noting all three groups have long operated in the city.

“My issue with that is there was little to no communication I’m aware of that took place, saying, ‘Hey, we know you’ve never been taxed before from the city. You’re going to be taxed now. Plan for it.’ I think it took a lot of agencies by surprise, and they weren’t able to plan for it,” Scarpati said.

The nonprofit groups have reached out to Meriden’s state legislative delegation for help.

“Where is this going to end?” she asked, referencing the Women and Families Center’s new tax in particular.

“$41,000, if you look at their financials, that’s a huge hit to them. It’ll impact where they can be offering services, which is what they’re supposed to be doing. I think the city has to figure out why they are doing this and if it’s in the best interest of the residents of Meriden,” Abercrombie said.

The Dallas Cowboys have a vacancy - and just one kicker presently on the roster. And he's a familiar face to Texas Tech fans, as it's Jonathan … END_OF_DOCUMENT_TOKEN_TO_BE_REPLACED