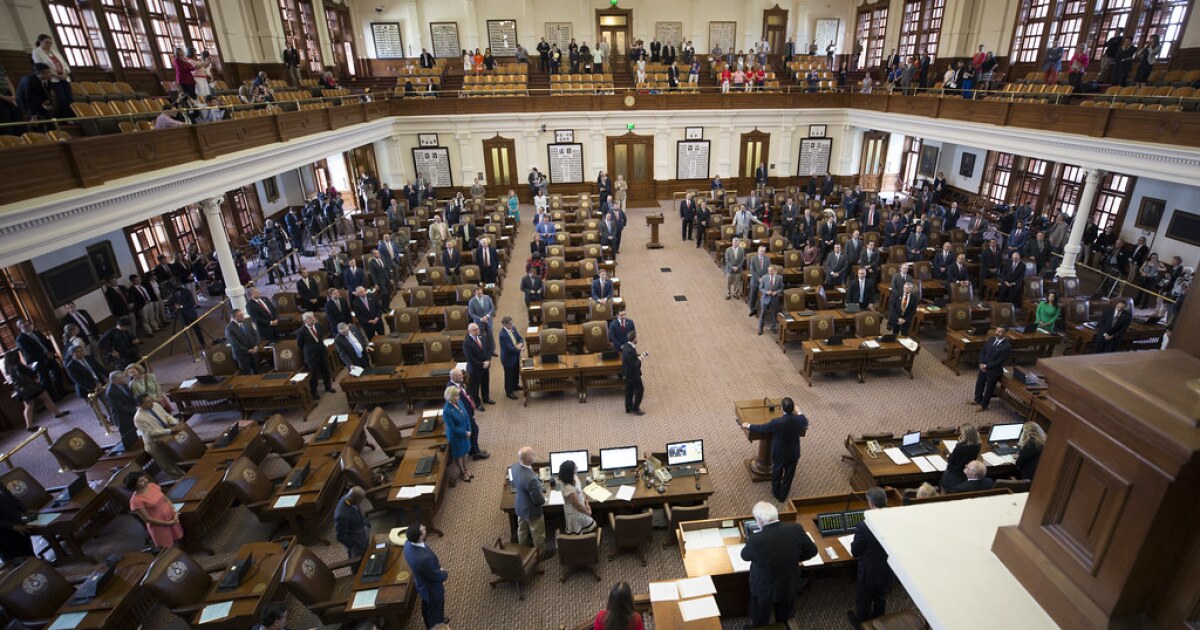 Monday is sine die – the final day of the regular session of Texas’ 87th Legislature.

Many expected the focus of this session to rest heavily on issues that dominated 2020 like the pandemic, and police reform in the wake of racial justice movements triggered in part by the murder of George Floyd. Texans also expected big moves to fix the electric grid after February’s devastating winter storms and power outages.

But once lawmakers finalized the state’s budget, they moved toward more “red meat” items that appealed to a more conservative base of voters, says James Barragán, political reporter for The Texas Tribune.

Barragán, and Scott Braddock, editor of the Quorum Report, spoke with Texas Standard about the key measures that succeeded and failed this session, and about what to expect in the special session this fall.

The State Budget
Braddock says this session’s budget was “remarkably unchanged” from the one two years ago. That’s because Texas took in more revenue during the pandemic than many, including the state comptroller, had expected. That’s partly the result of Texans returning to work sooner than in many other states – something he says had consequences.

“There is a big trade off. Some people argued between what was safe for people and what was good for the economy. But the bottom line on the numbers is that this budget was a lot easier for lawmakers to tackle,” Braddock said.

But it wasn’t just the early reopening that helped keep the money flowing. Braddock says Texas has also received billions from the federal government in pandemic aid.

“It was pointed out to me by a sharp reader at quorumreport.com the other day that it’s been Democratic administrations in the last 20 years to really bail out Texas when we have a tough time: it was President Obama and now President Biden, as they have been spending tons of money in Washington through coronavirus relief and the American Jobs Act,” he said.

Overlooked Issues
Barragán says he and others had expected the pandemic, health care, efforts to stimulate the economy and public education to be bigger priorities than they were this session.

“I think in the beginning there was some attention on the coronavirus, but that kind of faded,” he said.

A ‘Red Meat’ Session
Instead, Barragán says Republicans “doubled down” on issues like guns and abortion, to appeal to their political base.

Texas passed a bill allowing the carrying of handguns without a permit, as well as one of the strictest abortion measures in the country. And Republicans, with the strong support of Lt. Gov. Dan Patrick, also pushed for restrictions on transgender athletes in public school sports, but that effort failed.

Policing
Much of the George Floyd Act, aimed at changing police practices across Texas, was scuttled. And Barragán says the fate of the agency that licenses and regulates law enforcement officers – the Texas Commission on Law Enforcement – is “up in the air” at the end of this session.

“They were supposed to get renewed this session. But the bill to do that sort of just died in the House. And so we’ve got to figure out how to keep that going for the next couple of years until they can get around to it,” he said.

An Immediate Special Session?
On Wednesday, Lt. Gov. Patrick had called on Gov. Abbott to hold an earlier special session in June to address issues he wasn’t able to move forward during the regular session, including the transgender athlete bill, as well as measures related to social media companies and lobbying. Abbott considered the request “pretty goofy,” saying that only he has the authority to call for a special session.

Braddock says Abbott argued the fall special session would give lawmakers plenty of time to address issues, including Patrick’s priorities, that didn’t succeed over the last five months.

The exchange was one example of high tensions at the Capitol in recent days.

“Things are sort of boiling over. These people are not getting along, and they might get along better and be able to work on some of these things if they take a break first,” Braddock said.

What To Expect From The Fall Special Session
Lawmakers must tackle political redistricting once census data becomes available. Barragán says Abbott will also likely prioritize the divvying up of $16 billion in federal pandemic relief money that Congress approved for use months ago. All other items taken up will likely fall in priority below those two.

“So, you know, you’ve got to eat your vegetables first, and then maybe you can play with other bills,” he said.

If you found the reporting above valuable, please consider making a donation to support it here. Your gift helps pay for everything you find on texasstandard.org and KUT.org. Thanks for donating today.

The UK tech community has reacted with an outpouring of shock and sadness upon learning that Tech Nation, the entrepreneur network that has supported … END_OF_DOCUMENT_TOKEN_TO_BE_REPLACED

© APFedEx will cut more than 10 per cent of its global leadership team, adding to the more than 12,000 employees it has shed over the past seven … END_OF_DOCUMENT_TOKEN_TO_BE_REPLACED

The Westfield Town Council voted 7-1 on Tuesday to introduce an ordinance that allows for a downtown redevelopment plan to move forward.It will next … END_OF_DOCUMENT_TOKEN_TO_BE_REPLACED