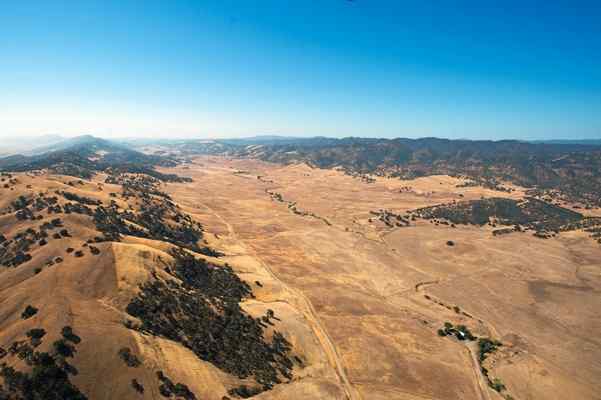 Submit your letter to the editor via this form. Read more Letters to the Editor.

Well, another drought. Surprise, surprise. And again, government officials are acting like they didn’t see this coming.

The effects of this drought could have been greatly minimized. In 2017 and 2019, we experienced extreme rain that produced so much runoff that it caused flooding throughout Northern California. If the Sites Reservoir had been in place during that time, we could have captured and stored much of this excess runoff for use in a dry year like we are currently experiencing to the tune of over a million acre-feet.

The Sites Reservoir Project could have been completely built over a decade ago. But so far not one shovel has hit the ground. Environmental studies, red tape, finger-pointing, and governmental bureaucracy have overshadowed actual work being done. It was Benjamin Franklin who quoted, “Well done is better than well said.”

Simple device could
save a lot of water

Every time we turn on the hot water tap, we have to wait several seconds or longer for the water to get hot. Anywhere from a quart to a gallon of water is lost. This is especially true if the shower is upstairs and the water heater is downstairs.

It appears that we may be in for a very long dry spell, possibly years.

New residence construction should be required to include instant water heaters under every sink. My first experience with one was in France 50 years ago. My current one produces hot water in six seconds.

If the sinks, showers and dishwasher of a residence use an average of 15 seconds to produce hot water and are turned on 20 times each day, it’s like letting the water run down the drain for five full minutes.

To be safe, Dems should
endorse a candidate

The rules of the recall election allow voting for a write-in candidate if the recall passes, but the write-in name must be on a certified list.

I would like the California Democratic Party to endorse a single Democratic candidate on the certified list. I suggest Lt. Gov. Eleni Kounalakis. This would allow me to vote NO on the recall, but still cast a Democratic vote in case the recall passes.

I implore California voters to vote no in the special recall election.

Our current political divide is no longer a choice between liberal versus conservative policy, but rather a choice between multicultural, democratic governance versus autocracy, corruption and chaos. Those who have taken advantage of our state’s low bar for triggering a recall represent the latter.

If successful, a new governor could seek to eliminate public health measures that protect our children from COVID-19, work to restrict voting rights, and in the worst possible case, appoint a Republican United States senator if something happens to one of our sitting senators, depriving Democrats of their slim majority.

Voting no on the recall is the right thing to do, even if one is not a particular fan of Gov. Gavin Newsom. After all, there will be an opportunity to replace him in the real election next year.

Santa Clara County Supervisor Cindy Chavez is escalating her assault on Reid-Hillview Airport. She already has it under a death warrant when the Santa Clara County’s FAA grant assurances expire in 2031, but now she wants to close it immediately based on bogus allegations of imminent danger of lead poisoning children.

But children’s blood lead levels around Reid Hillview are in line with statewide and national levels near or far from airports. They are minimal and not caused by the airport. Worse, she is recruiting naive social service agencies and faith organizations to her cause using bad science to pull on heartstrings.

Readers need to know that progress toward unleaded aviation fuels will soon render her complaint not only false but also irrelevant. Chavez is working for real estate developers and tax collectors, not for children who are not at risk anyway.

In schools such as Liberty Union High and Brentwood Union, positive student cases have been identified after starting school. Parents are worried that their kids will catch the virus through in-person learning.

However, in the two high schools that reported positive COVID cases, “most were infected off campus.” This means that parents and students should be more cautious about attending less health-conscious events, such as parties or concerts. Schools could utilize effective safety procedures, such as ones proven to be effective during last year’s pandemic.

The state of California recently approved Assembly Bill 104 that provides expanded learning and credit recovery options for students who may have struggled during the pandemic. This shows the state’s recognition of how students suffered academically, socially, and emotionally, when learning online at home. In-person interactions and learning instructions are extremely important to the well-being of students of all ages.

The University of Plymouth, the AHSN Network and Boehringer Ingelheim, has launched evidence-based recommendations to drive inclusive digital health … END_OF_DOCUMENT_TOKEN_TO_BE_REPLACED

This year’s Rising Stars of Private Equity has been published at a time of great uncertainty for the sector, as the young professionals on our list … END_OF_DOCUMENT_TOKEN_TO_BE_REPLACED

If you know of local business openings or closings, please notify us here.PREVIOUS OPENINGS AND CLOSINGS· Air Products and Chemicals Inc.'s chosen … END_OF_DOCUMENT_TOKEN_TO_BE_REPLACED