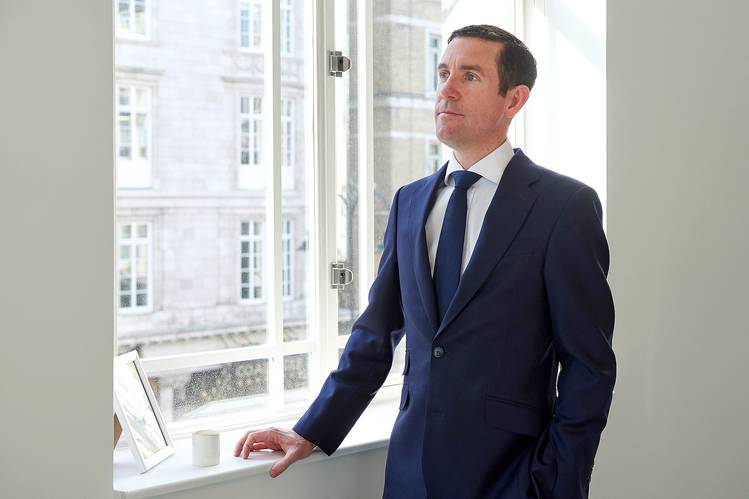 Lex Greensill, founder of the eponymous supply chain finance firm Greensill Capital, apologised for the company’s collapse and took full responsibility for its demise in front of MPs today.

“I am desperately saddened that more than 1,000 very hardworking people have lost their jobs,” Greensill told a Treasury Committee hearing on 11 May. “I take full responsibility for any hardship being felt by our clients and their suppliers and investors in our programmes.”

However, the former Citigroup and Morgan Stanley banker, who founded Greensill Capital in 2011, also pointed the finger of blame at a number of third parties, including German regulators and credit insurers, as well as the impact of the Covid-19 pandemic.

“It’s deeply regrettable that we were let down by our leading insurer, whose actions assured Greensill’s collapse,” Greensill said.

“The ultimate failure of Greensill was for one reason. There are always associated reasons, [but] the reason that Greensill ultimately failed was because a material portion of our funding is provided by investors who require insurance together with the asset they purchase to protect them against the default of the underlying receivables.”

The company filed for bankruptcy in March after it lost the credit insurance that was crucial to its business. Australian financier Greensill was an adviser to David Cameron when he was Prime Minister, before Cameron went on to advise the company once he left office.

Mel Stride, chair of the committee, is leading the “Lessons from Greensill Capital” inquiry, which is focused on the regulatory lessons from the failure of the supply chain finance firm, as well as the appropriateness of the Treasury’s response to lobbying from Cameron during the Covid-19 crisis.

A letter to the committee from Cameron was published earlier today. Despite press reports flagging concerns over Greensill’s stability as early as last May, Cameron said he only became worried about the company’s fortunes when Greensill called him in December.

Greensill echoed this timeline in his hearing in front of MPs, saying that he was first became concerned about his firm in mid-December.

“The first event that gave me concerns – though not for our company – I certainly had reservations and concerns about the state of the capital markets during March, April and May 2020,” he said.

“The capital markets at that time were roiled by the uncertainty of Covid…Although Greensill was funded by more than 50 banks and several dozen institutional investors, one didn’t know what was going to happen in the future. As it was we were able to support each of the supply chains and meet each of the suppliers’ requirements.”

Fielding a round of intense questioning, the former banker was asked by Labour MP Siobhain McDonagh if he was a “fraudster”.

“I am not,” Greensill responded. The grilling by McDonagh continued: “I’ve looked up the definition of fraud. It’s an act or an incidence of deception…it seems to me that this is precisely what your financial model of prospective receivables is – nothing more than a trick.”

Greensill fought back, responding: “The business that we undertook was properly described. All of our investors understood exactly what it was that they were purchasing. In any investment, there is risk.”

Supply chain finance is a form of short-term corporate lending. The startup’s business model required complex financial engineering. It made supply chain loans to companies, then packaged them up into notes, selling those on to investors, which served as off-balance-sheet finance for Greensill.

On 11 May, the committee also released evidence submitted by the Financial Conduct Authority, Bank of England, the Treasury, UK Government Investments and Cameron as part of its inquiry.

During the first evidence session held by the committee on 28 April, Lord Myners, the finance minister under ex-Prime Minister Gordon Brown, said that Cameron “should have known” that the firm was in financial difficulty.

READ Cameron only concerned about Greensill as late as December, inquiry hears

The government has also launched an investigation into Cameron’s lobbying on behalf of Greensill. Nigel Boardman, a former partner at law firm Slaughter and May, is leading it.

To contact the authors of this story with feedback or news, email Bérengère Sim and Justin Cash

Once you buy a business, the real work starts. It’s not enough to simply maintain the status quo, even if you’re making a profit. A fresh pair of … END_OF_DOCUMENT_TOKEN_TO_BE_REPLACED