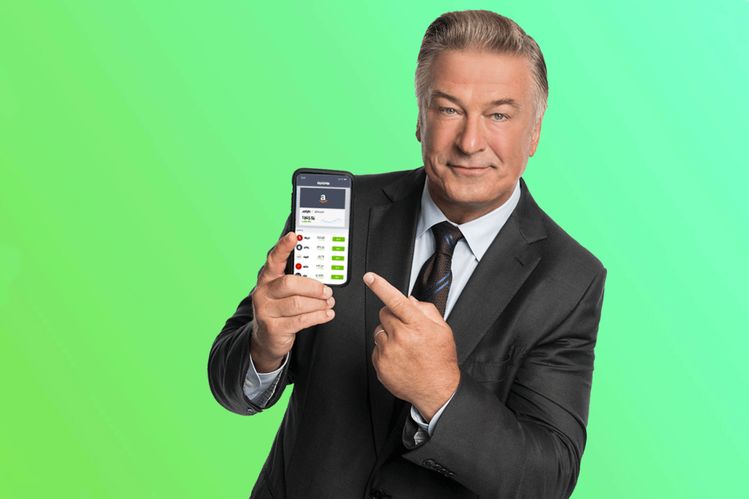 Anyone who thought that the pandemic would dull investors’ appetite for going public should think again. Listing this year so far: Investment platform Allfunds and pensions technology company PensionBee, while more talk up their listing potential despite Deliveroo’s rocky start.

But which will be the next investment business to debut shares to the public? Financial News rounded up the contenders.

Best known as a retail platform with more than £30bn of customers’ money on it, Interactive Investor also used to own the Money Observer and Moneywise magazines until it shut them down last year.

That was seen as a significant step in the path towards a listing, allowing the platform to focus on its core business, the firm said at the time.

READ How to invest in cannabis stocks: ‘People have an emotional attraction’

The firm remains the second-largest fund supermarket in the UK – as lockdown has focussed minds on  investing during the pandemic, not to mention the increased interest in retail investing amid frenzies around the likes of GameStop and cryptocurrency trading.

In the three years to 2020, Interactive Investor spent some £167m on acquisitions, including rival The Share Centre. It remains profitable, making some £27m over the same period.

Having then spent another £48.5m on a direct-to-consumer offering from Equiniti this March, commentators have noted that Interactive Investors’ absence from public markets is notable amid substantial valuations from Hargreaves Lansdown and AJ Bell.

Chief executive Richard Wilson told the Financial Times earlier this year that the “natural outcome for a firm like us, as a kind of a consumer-facing retail firm, would be [an] IPO”, but downplayed the potential to take the UK-focussed business stateside via a Spac, or special purpose acquisition company deal.

It could be a compelling offer to retail clients if they could also take part in the IPO, as AJ Bell did.

“One natural end point for us as a business would be an IPO, but we have no hard deadlines,” an Interactive Investor spokesperson said.

Embark may be little known — the savings and retirement company was only set up in 2012 — but it has quietly amassed some £38bn in assets.

What makes Embark different from the likes of Interactive Investor and other direct-to-consumer platforms is that its audience is financial advisers, not the end retail investor themselves.

Financial advisers have become the guardians of billions of pounds more in assets for the mass affluent in the wake of the pension freedoms, much of which has been placed onto platforms like Embark so the adviser can manage the funds more easily on behalf of their clients, with Embark taking a fee for the service.

Latest figures from consultancy The Lang Cat show that the UK financial adviser platform market has grown at a compound rate of 14% a year since 2013, and could reach £1trn by 2025. Competitors in that space, like Nucleus and Transact, have already taken the plunge to go public in the last few years.

Embark is also very much in the product game, acting as the parent for pension providers including Rowanmoor and Hornbuckle, giving it strong distribution power across the marketplace.

Back in 2018, Embark chief executive Phil Smith said that an IPO “would likely be 15 to 18 months away.”

Since then, the firm made more acquisitions, buying Zurich’s investment platform to add to its purchase of Alliance Trust Savings – another business Interactive Investor got rid of in its bid to streamline its operations.

A change of tack might be in the works — earlier this month Sky News reported that Lloyds Banking Group is looking to burnish its wealth management credentials with a potential £400m takeover of Embark.

Trading platform eToro has spent big money to rope in stars like actor Alec Baldwin to front its glossy advertisements, and boasts a full dozen football club sponsorships across the UK and Germany.

It may be paying off: eToro’s 2020 results show revenues jumped 147%, as 5 million more users arrived onto the platform.

Analysts at online trading firm IG put the potential market capitalisation of US firm Robinhood, another potential IPO candidate this year, at $40bn, and eToro has put its own at $10.4bn.

Yet there are regulatory headwinds for firms like eToro that are very much open to some of the more esoteric financial products out there like contracts for difference — complex, leveraged derivatives – after the FCA tightened rules on them in July 2019. The regulator continues to issue warnings to young investors about high-risk investments.

Unlike Interactive Investor, eToro is opting for the Spac route through a vehicle called FinTech V. Founded in Israel and based in the UK, the firm chose the tech-heavy Nasdaq stock exchange as its destination of choice.

A formal date hasn’t been set, but the valuation was revealed in March and a listing provisionally slated for the third quarter, so a deal is unlikely to be far off.

An eToro spokesperson said: “We can’t comment on the timings of the Spac or its progress, but going public was a logical step in the ongoing evolution of our company. The Spac route gave us the opportunity to partner with a sponsor who has deep expertise in the fintech space and an impressive track record in partnering with companies who are looking to become public. It was these synergies with FinTech V that meant we chose to pursue this option for going public.”

It is still a case of if, not when, for the challenger darling Starling. If it does choose to IPO, London is likely to benefit. Chief executive Anne Boden told a Bloomberg podcast in March that the City would be where the bank would look, but it wouldn’t be before the close of 2022.

The listing route is still the bank’s favoured approach though, having reportedly batted off expressions of interest from suitors including JPMorgan and Lloyds Banking Group.

“Big banks taking interest in Starling is not new,” Boden told Financial News at a conference in December. “I’ve always said that I didn’t do this to sell to a big bank, and nothing’s changed. We still have our sights on an IPO.”

The bank still hasn’t broken even, and hopes to by the end of this year. Boden has consistently said though that getting into the black would be a condition that her firm would need to meet before going public.

Alexandra Frean, chief corporate affairs office at Starling Bank, says: “We do indeed have an IPO in our sights, but it is unlikely to happen before the end of 2022/early 2023. We’re London-based and it would not be unreasonable for you to speculate that it would be likely to be in London.”

IG’s analyst placed Starling’s estimated market capitalisation at £1.1bn, just behind its peer Monzo at £1.2bn – another business that has been rumoured to be eyeing up a float for many years but has as yet not confirmed whether or not it has any firm plans to do so.

Even if it does, it is unlikely to pip the other contenders to the post; chief executive TS Anil told Wired last month that a listing could take place as soon as 2023.

Like Starling, it still is lossmaking, but the digital bank doesn’t seem to have any problem securing funding without the need for a float, picking up £60m in December.

Two other notable mentions from the wealth management space: Tilney and True Potential. Both have previously been backed by private equity firms, and both have been on a growth trajectory in recent years, with market watchers eyeing up either an IPO or a trade sale in the coming months.

The UK’s antitrust watchdog started a new investigation of Alphabet Inc.’s Google, over suspicions it may have abused its dominant position across its … END_OF_DOCUMENT_TOKEN_TO_BE_REPLACED

This is the daily notebook of Mike Santoli, CNBC's senior markets commentator, with ideas about trends, stocks and market statistics. Dip-buyers have … END_OF_DOCUMENT_TOKEN_TO_BE_REPLACED

New York Tech has launched a new integrated marketing campaign, appearing on Long Island and in New York City. The “A Place for You” campaign includes … END_OF_DOCUMENT_TOKEN_TO_BE_REPLACED