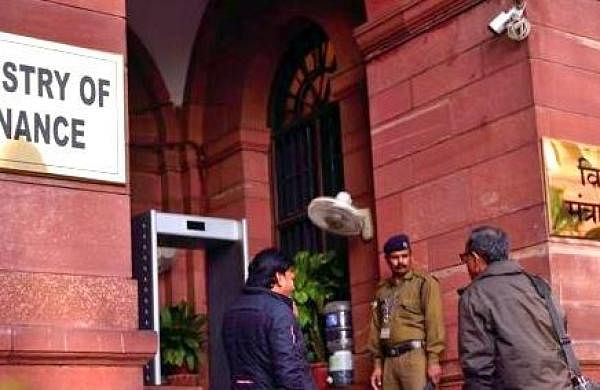 On the 72nd Republic Day, the International Monetary Fund forecast that the Indian economy would grow at 11.5 percent – the only large economy to record double-digit growth. In a hundred days since India has been witness to haemorrhaging of lives, livelihoods and confidence. The hopes of a V-shaped recovery are now stranded between a raging virus and a botched-up vaccination roll out.

The economy is under the long shadow of long COVID – as in the medical condition deleterious effects haunt the economy. In May, a parade of rating agencies as also economists have downgraded India’s growth – the best-case scenario as of now is 9 plus percent GDP growth and the worstcase scenario is 8.2 percent. To appreciate the setback, one must look at the timeline of the slide in economic prospects – where the economy was, where it is and when it could get back to where it was.

Budget 2020 placed India’s gross domestic product at around Rs 203 lakh crore or USD 2.8 trillion. The economy was expected to grow by around 10 percent nominally and touch roughly Rs 220 lakh crore. Instead, it contracted 8 percent post the pandemic pushing the economy down to Rs 195 lakh crore or around USD 2.6 trillion, which is where it was approximately in 2018. This year the economy, as per the budget, is expected to touch Rs 222 lakh crore or USD 3 trillion. Where it will end the year is yet a question – it may just make it to the pre-pandemic level of end-2019 by early 2022 but what is clear is that the economy has lost almost two years.

Budget 2021, this column had commented, rested on critical pillars. The rollout of vaccination, the capacity of states to implement the multi-year, multi-trillion, infrastructure plans, privatisation of public sector assets to fund expenditure and the clean-up of the financial sector. The hypothesis being these moves would trigger the virtuous cycle of demand, income, consumption, investment, jobs and growth.

Consider the state of vaccination. India’s current population is estimated at 140 crore or 1.4 billion. The government had targeted to immunise 300 million of the 60-plus (and frontline workers) by the end of July. Since then, it expanded the ambit to include those above 45 years of age. As of now, just over 180 million doses have been delivered – and the current rate yo-yos between 1 and 3 million shots a day.

On the privatisation front while there is much motion, there is little movement. Privatisation is critical for funding growth, to retire debt and ensure a sustainable borrowing programme – the government will this year borrow Rs 137 crore every hour every day. A persistent argument within government is that this may not be the right time to disinvest/privatise, to wait for the right valuation. For sure the pandemic makes it hard but the focus must be to get it done. What matters is the opportunity cost of maintaining the PSUs and the net present value of what is realised.

It is also important to review history. Ideally Mahanagar Telephone Nigam Limited should have followed the privatisation of Videsh Sanchar Nigam Limited. Air India should have been privatised in 2001 – there were five serious takers then. In 2021, there are hardly any takers for MTNL or Air India. And while the Babudom hem and haw about a point to note is that the rise of the theology of ESG (Environment Social Governance) norms will affect interest and valuation.

The infrastructure for growth strategy requires utilisation and implementation of funds and plans by state governments. This is haunted by the surge of the virus across geographies. Economic growth depends on engagement – social and commercial. As of now, over 90 per cent of the population is under some shade of lockdown or the other. Yes, the curve will flatten at some point ahead but the ‘unlock’ will perforce be gradual given the magnitude of distress witnessed.

It is useful to remember that India’s economy suffered from comorbidities – it migrated from slowdown to lockdown to contraction. There is the supply shock and then there is the spectre of demand shock. Consumption could be affected as all around distress has severely impacted consumer confidence – the competing pressures on income now include contingency plans for exorbitant ambulance charges, the elusive Remdesivir, hospitalisation costs et al. In 2020, rural India was largely unaffected and propped up the economy. In 2021, rural India is ravaged by the virus.

The bard, Henry Wadsworth Longfellow, wrote “There is no grief like the grief that does not speak.” A large part of the economy is informal and is severely affected. The face-to-face segment is yet to open up.  Small and medium enterprises are hit once again – depending on sectoral location, some are on large corp hospitalisation, some are under oxygen and many are on ventilator. The economy cannot yet express its grief for it is enveloped by uncertainty.

India’s economy needs a Plan B – this must start with a review of Budget 2021 and include an aggressive investment plan for healthcare, which could be unveiled as it emerges out of the current wave for the optimum multiplier effect.

(The writer is author of ‘The Gated Republic’, ‘Aadhaar: A Biometric History of India’s 12 Digit Revolution’, and ‘Accidental India’ and can be contacted at shankkar.aiyar@gmail.com)

The Westfield Town Council voted 7-1 on Tuesday to introduce an ordinance that allows for a downtown redevelopment plan to move forward.It will next … END_OF_DOCUMENT_TOKEN_TO_BE_REPLACED

New York CNN  —  Bed Bath and Beyond is closing another 87 stores as the struggling retailer barrels toward bankruptcy. … END_OF_DOCUMENT_TOKEN_TO_BE_REPLACED