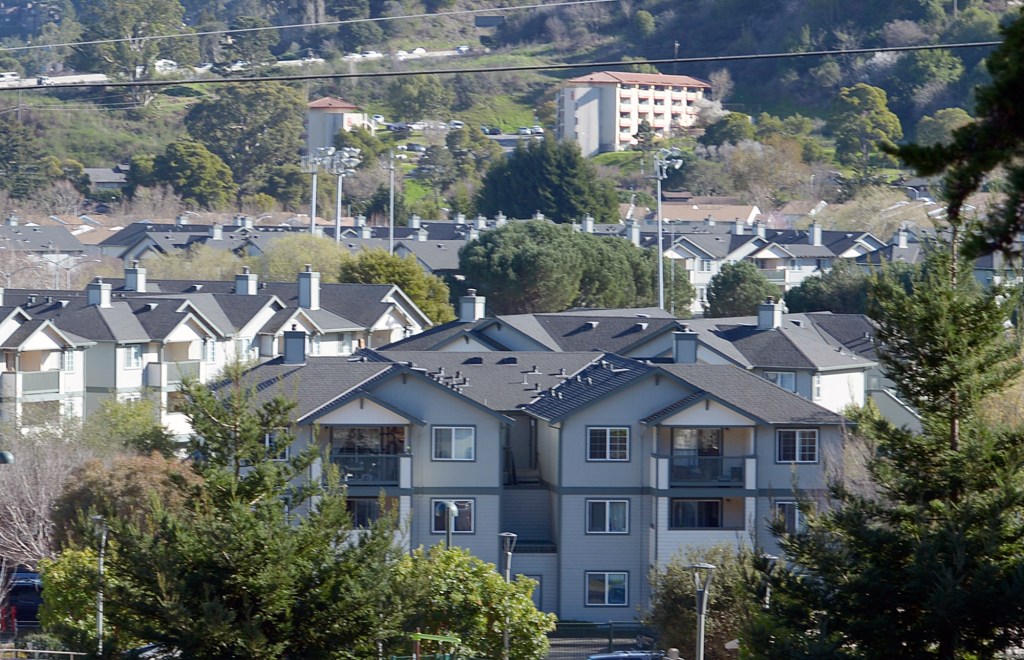 A study based on census data compiled by the University of California at Berkeley highlights Marin’s lack of racial integration.

“The Roots of Structural Racism Project,” released last month by the Othering and Belonging Institute, includes an interactive map based on census data from 1980 to 2019. It shows San Rafael’s Canal neighborhood, Marin City and San Quentin have the highest concentration of Black and Latino people compared to the rest of the county.

In 2019, Marin City’s demographic was 29% White, 26% Latino, 23% Black, 15% other and 7% Asian, according to the study. But because only 3% of Marin’s population of 258,826 people are Black, Marin City is not considered an integrated community, said lead researcher Stephen Menendian.

Menendian said for an area to be considered integrated it must have a low “divergence index” score, which compares racial groups in small areas to the greater population of a region; a decent “entropy” score, which measures diversity in an area; and be in an area that has at least 20% Black and or Latino residents.

“Marin is substantially the most segregated county in the nine-county area,” Menendian said of the Bay Area. “You have a sea of white. … There is basically nothing that is integrated in the entire county.”

“If you look at the other counties that is not the case,” Menendian said, referring to the Bay Area. “Almost every other county has an integrated census tract.

“There are few cities nationally that are fully integrated, but almost every city has one or two integrated tracts,” he said. “It’s very unusual to have a county that is almost entirely segregated, but that’s the case in Marin.”

Walter Turner, a Black educator who is chairman of the social sciences department at College of Marin, was raised in Marin City. He said it was created to house World War II shipyard workers, and boasted the first integrated federal housing projects. But while White people were allowed to purchase property elsewhere in Marin after the war, he said it was impossible for African American families to do the same because of redlining, racial covenants on homes and racist real estate agents who refused to sell to non-White families.

Turner said that by 1960 Marin City had become more and more segregated and starved of its tax base as an unincorporated community. He said the area used to have a thriving Black business community, but due to an exodus of Black families to Richmond, Vallejo, Oakland and other parts of the Bay Area, clientele vanished and so did many of the Black-owned businesses.

“So the way it was portrayed outside of Marin City, by the press, governments and citizens of Marin, was that it was a place not to go to,” he said. “It’s obviously far from the truth because there are hardworking, skilled professionals who lived there and still do, but that was the image that Marin City was given. So it found itself more and more segregated, the same as the Canal district in San Rafael.”

The Canal neighborhood’s demographic is 67% Latino, 21% White, 9% Asian, 3% other and 1% Black. Latino residents make up about 16% of the county’s population.

Tom Wilson, former CEO of Canal Alliance, said he lived in San Rafael’s Canal neighborhood for about 25 years. He said immigration, access to jobs, housing and a sense of community with other Spanish speakers were the main reasons why Latinos settled there.

He said landlords, however, took advantage of families by letting the apartment for more than its worth, knowing three families could split the bill. He said the high cost of living in Marin makes this the only option for many Latino families.

Only 18% of people who live in California can afford to live in Marin, said Daniel Staude, a senior planner for the city of Mill Valley. She said the average rent is about $2,500 and the median price of a single-family home is about $1.6 million.

Supervisor Katie Rice said the county is working to rectify the wrongs of the past by identifying homes with racial covenants, and working to bring a broader mix of housing so people of all income levels can live in Marin.

“I really think it’s important that our community is actually having this conversation and thinking about race, history and how racism in the past has definitely formed the way our communities look today,” Rice said. “That’s not to say the folks here today are to blame, but it’s important to understand what has taken place in the past and to ensure the programs and policies that we have put in place today don’t continue, or exacerbate, the harm that was frankly done to many people of color.”

Unlike the Latino population in the Canal, which has fluctuated between 60% and 80% over the last decade, the population of Black people living in Marin City has dropped by half since 2010.

While some people might have moved to other places in the county, it was not enough to create an integrated tract by the report’s standards. Meanwhile, communities such as Sausalito and Mill Valley, which neighbor Marin City, have maintained a population that is 88% White and 1% Black since 2010.

“Clearly, Marin City has been gentrified and changed for a couple reasons,” Turner said. “Because of economic reasons, the need for housing space and because you can’t get any closer to San Francisco to commute. So the question ‘Why do most African Americans live in Marin City or Latinos in the Canal?’ is not the responsibility of people in San Rafael and Marin City to answer. But rather something the builders, the county’s Board of Supervisors and media have to answer.”

By Rajesh Rege Until very recently, sustainability did not gain currency as a defined corporate objective across a majority of industrial sectors. … END_OF_DOCUMENT_TOKEN_TO_BE_REPLACED

The revelation that a cryptocurrency lobbyist donated £500,000 to the Conservative Party two months before the government pledged to turn the UK into … END_OF_DOCUMENT_TOKEN_TO_BE_REPLACED

WASHTENAW COUNTY – An indoor saltwater pool, vaulted ceilings and rolling hills are the highlights of a spacious 14,000-square-foot estate in between … END_OF_DOCUMENT_TOKEN_TO_BE_REPLACED