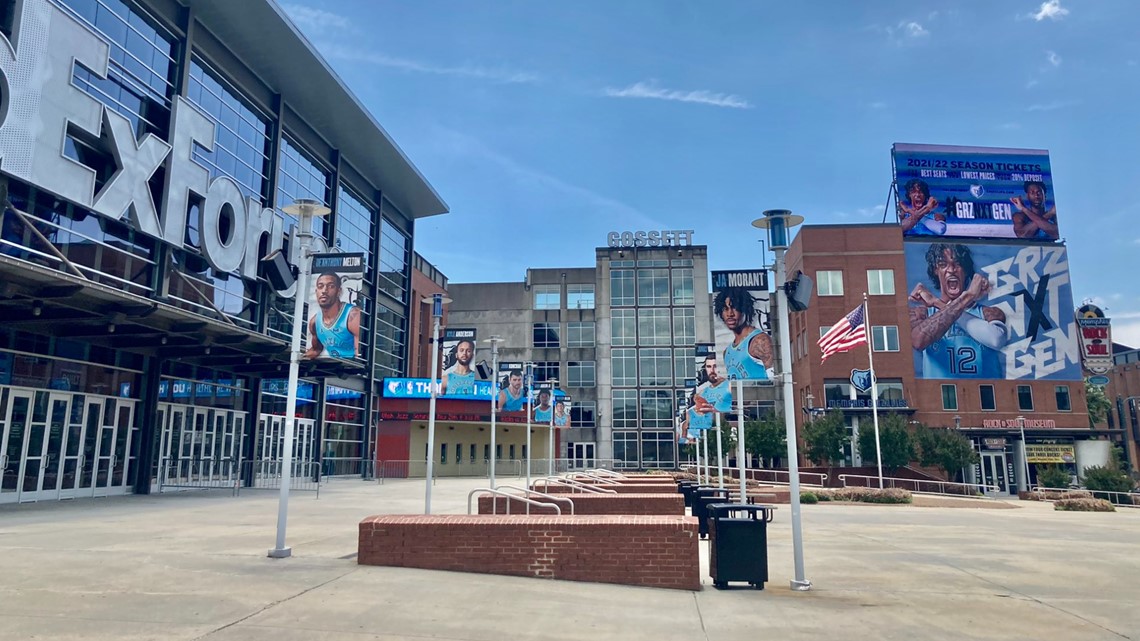 Ticket demand Monday was high for team’s first postseason home games in four years as FedExForum capacity is highest since start of pandemic, at more than 10,000.

MEMPHIS, Tennessee — “We had a group text set up. We all had a plan. We were all on phones and laptops and everything,” Memphis Grizzlies season ticketholder Jason Rosselot said.

For Rosselot, patience and persistence paid off Monday morning.

After some nervous moments, he and fellow season ticketholders got through online and were able to get seats for Saturday and Monday playoff games at FedExForum.

“It was awesome and we will all be able to see each other for the first time really in a year,” Rosselot said.

He isn’t the only Grizzlies fan amped to be in the building for the playoffs, in the largest allowed crowd during the pandemic, at 55% capacity.

“I’m looking forward to seeing what the building is like with 10,000 people in it,” Memphis Grizzlies VP Ticket Sales & Service Dennis O’Connor said

“The watch party the other night you can tell there is so much interest because everybody has been waiting,” Rosselot said.

The timing couldn’t be more perfect for Memphis Tourism leaders, as the Grizzlies postseason run coincides with the local economy rebounding from COVID-19, especially downtown.

“We are not quite where we were pre-pandemic, but we are getting really close,” Memphis Tourism President Kevin Kane said.

Kane said hotel occupancy improved week over week since March, with 70% of downtown hotels booked already this holiday weekend when the Grizzlies host the Utah Jazz.

With playoff basketball one block over, Beale Street is expected to be booming and busy again, pregame and postgame.

“The Grizzlies in the playoffs takes it to another level. You’ve got a national television audience which is great for Memphis, and you know there is just a heightened awareness of this is a big deal,” Kane said.

The economic impact around FedExForum could grow even more in the coming weeks. Those with the Memphis Grizzlies said Monday afternoon they are not ruling out expanding the attendance allowed inside should the team force a Game 6 or advance to the second round.

Tickets for games 3 and 4 are ON SALE NOW!

CNBC's Jim Cramer on Wednesday told investors that they should take gloomy economic commentary from bank executives with a grain of salt. "Don't panic … END_OF_DOCUMENT_TOKEN_TO_BE_REPLACED