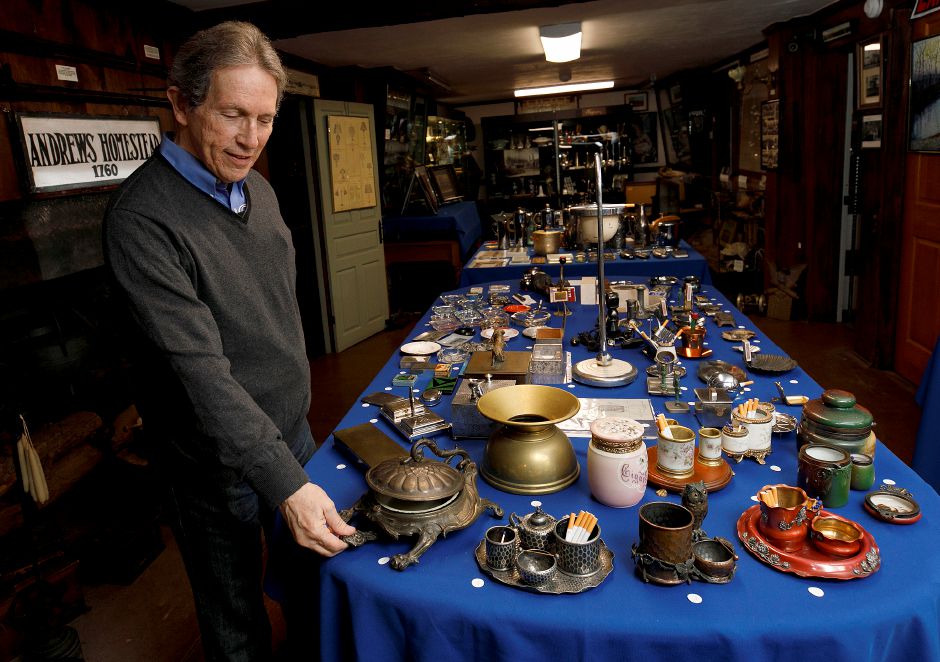 MERIDEN — The Meriden Historical Society closed on a deal this past week to purchase the former Silver Museum at 41 W. Main St. for $500,000.

The purchase will allow the historical society to expand its offerings to the general public, while closing its research center on Hanover Street, historical society officials said. The new quarters gives the non-profit four times the space it now has.

“We’ve outgrown the facility and have been looking for an opportunity to be more accessible to the community,” said society President Sherwin Borsuk. “Our new facility will accommodate our growing collection of Meriden related artifacts and give us the much needed space to run additional programming for the community.”

The museum is considered prime real estate in the city’s downtown transit-oriented development district, but has been vacant for several years. Built in 1921 to house the Meriden office of Connecticut Gas & Electric, it later displayed the city’s silver-making heritage,  it has since housed the collection of famed opera star Rosa Ponselle, as well as glassworks and barbershop memorabilia. More recently, it housed office space and Nina’s Cafe.

Daniel Baba of Baba Realty bought the property in 2013 for $500,000 and leased office space, expanded the kitchen and renovated the second floor. But walk-in traffic declined after Middlesex Community College moved from its Meriden campus next door, and the cafe closed.

Borsuk said the museum’s layout is perfect to house exhibits and host events. The city-owned courtyard to the west of the building provides additional space for outdoor gatherings. The society is financing through a short-term loan, a capital fundraising campaign already in progress, and the sale of the Hanover Avenue property. The MHS is an independent non-profit relying on dues, contributions and bequests.

“Interest in the MHS extends far beyond the city limits. Information about Meriden manufacturers is sought by collectors, dealers, auction houses and museums around the country and around the world. “Meriden is well known for its manufacturing legacy and we look forward to opening up other aspects of Meriden’s rich history, including its community traditions and the lives and contributions of the people that have called Meriden home,”  Borsuk. said.

The Andrews Homestead on West Main Street will remain open and continue to host exhibits and tours.

The move downtown offers more exposure and its proximity to the YMCA, a new ice cream shop next door and small restaurants can make it a destination for families, said City Councilor Michael Rohde, who recently joined the historical society’s board of directors.

“The Meriden Historical Society purchase of the former Silver Museum and the Barber Shop Museum is a positive game-changer for the society and a welcome boost to Meriden’s downtown economic development,” stated former Mayor and current MHS board member, Michael Rohde. “This acquisition of a historic building will bring a renewed vibrancy to downtown, drawing visitors for presentations and events celebrating Meriden’s unique history and importance.”

Borsuk said the small auditorium on the lower level of the building is perfect for talks and lectures, and the display space is ample for the society’s collections. The society has no immediate plans for the cafe portion of the building, but will reevaluate the space after it moves its collections.

There are a tremendous amount of artifacts detailing the city’s history, and the city is going to clear out the courtyard to make a plaza, Rohde said. The plan is to draw children and families and work on programming with the schools.  An opening gala is set for October.

“We’re going to have something to do downtown,” Rohde said.

Mayor Kevin Scarpati said the historical society is underutilized and filled with untapped resources. The idea of a museum and cafe with the open courtyard could be a plus for downtown. He recalled visiting the silver museum as a student.

“I think this is going to be a great resource to our community and our students,” Scarpati said. ”A lot of items that the society has in the way of artifacts and pictures is hidden, unknown or not so accessible. Connecticut has so many museums and Meriden has such a rich history. If there is a way to utilize that space, it could be a huge asset.”

By Rajesh Rege Until very recently, sustainability did not gain currency as a defined corporate objective across a majority of industrial sectors. … END_OF_DOCUMENT_TOKEN_TO_BE_REPLACED

The revelation that a cryptocurrency lobbyist donated £500,000 to the Conservative Party two months before the government pledged to turn the UK into … END_OF_DOCUMENT_TOKEN_TO_BE_REPLACED

WASHTENAW COUNTY – An indoor saltwater pool, vaulted ceilings and rolling hills are the highlights of a spacious 14,000-square-foot estate in between … END_OF_DOCUMENT_TOKEN_TO_BE_REPLACED