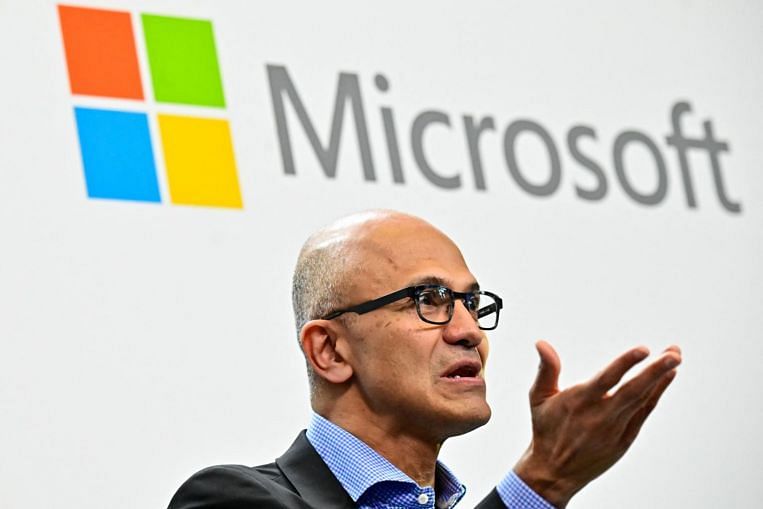 REDMOND (BLOOMBERG) – Microsoft named chief executive officer Satya Nadella as board chairman, strengthening his influence at the world’s largest software maker after more than seven years as the top executive.

Mr Nadella, 53, succeeds Mr John Thompson, who will return to the role of lead independent director, a position he held before being named chairman in 2014, Microsoft said Wednesday (June 16) in a statement.

The change is a vote of confidence in Mr Nadella, who was appointed CEO in February 2014. Mr Thompson, 72, has been scaling back his work as chairman over the past few years, Microsoft said. The two have been discussing the new roles since last fall.

When Mr Nadella took the CEO job, Mr Bill Gates stepped down as chairman of the company he co-founded, significantly reducing his role at Microsoft, and Mr Thompson was tapped to replace him. The idea was that Mr Nadella would benefit from mentoring by Mr Thompson, a technology executive for several decades.

Microsoft has undergone a rebirth during Mr Nadella’s leadership, recovering from failures in the mobile phone and Internet search market, as well as a waning of the importance of its flagship Windows operating system.

Mr Nadella has refocused the company around cloud computing, mobile applications and artificial intelligence while breathing new life into the Office software franchise by shifting it more to the cloud and to other operating systems.

The company’s shares have soared more than seven fold and its market value is approaching US$2 trillion (S$2.68 trillion) as Microsoft has been restored to the ranks of the top technology companies.

As fans anxiously awaited the release of the season finale of the Netflix thriller “Stranger Things,” the network went down for a brief period on … END_OF_DOCUMENT_TOKEN_TO_BE_REPLACED

If you know of local business openings or closings, please notify us here.PREVIOUS OPENINGS AND CLOSINGS· Air Products and Chemicals Inc.'s chosen … END_OF_DOCUMENT_TOKEN_TO_BE_REPLACED