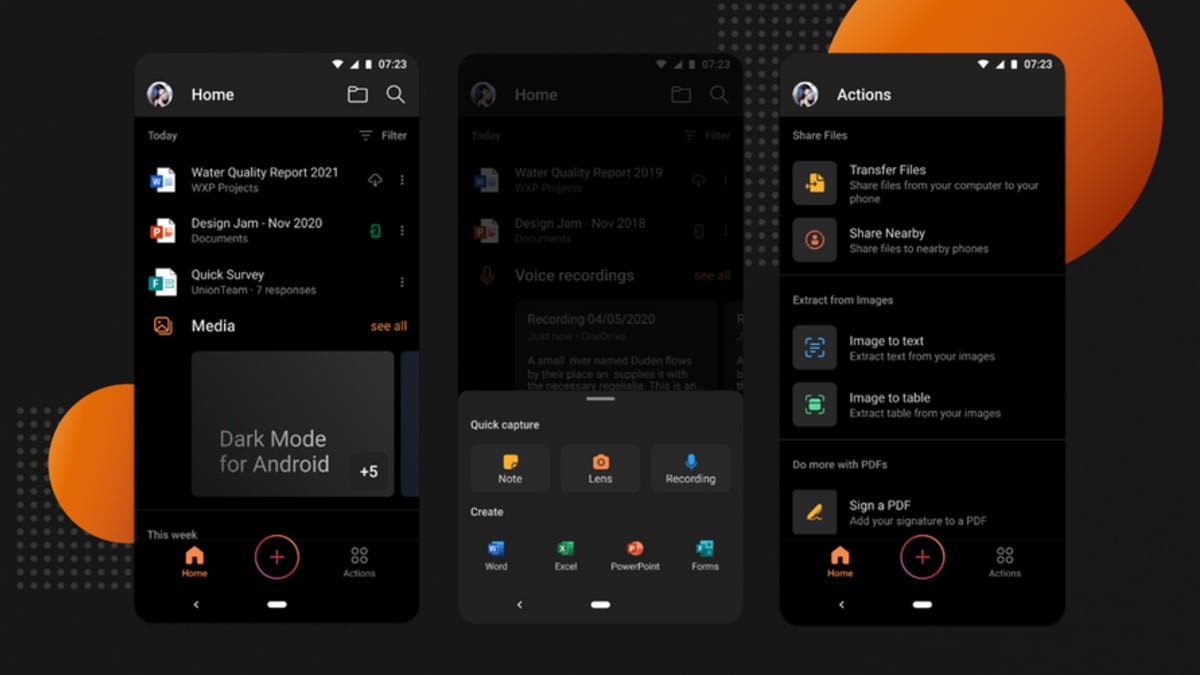 Microsoft is finally adding a dark mode to its Office app for Android. While the Office app has been available on iOS and Android for more than a year, only the iOS version has included built-in dark mode support until now.

According to The Verge, Sourab Nagpal, a product manager at Microsoft admitted that “It has been a highly requested feature by many of our customers. Many people prefer using Dark Mode as they find it provides a more comfortable visual experience for reading and working on mobile devices.”

The latest Office app for Android will now automatically enable the dark mode if you have set that as a system preference on your Android device.

Dark mode can also be toggled from the home tab in the Office app. As per The Verge, Microsoft has said that it is rolling out dark mode for Office on Android over the coming weeks, so it might not appear for all users instantly.

It’s Google I/O time this week on Orbital, the Gadgets 360 podcast, as we discuss Android 12, Wear OS, and more. Later (starting at 27:29), we jump over to Army of the Dead, Zack Snyder’s Netflix zombie heist movie. Orbital is available on Apple Podcasts, Google Podcasts, Spotify, Amazon Music and wherever you get your podcasts.

Firefly Aerospace's Alpha rocket was unable to lift off from Vandenberg Space Force Base, California. A … END_OF_DOCUMENT_TOKEN_TO_BE_REPLACED

Hello there and thanks for joining this latest MARCA In English financial news live blog this Friday, September 30, with this being the space where we … END_OF_DOCUMENT_TOKEN_TO_BE_REPLACED