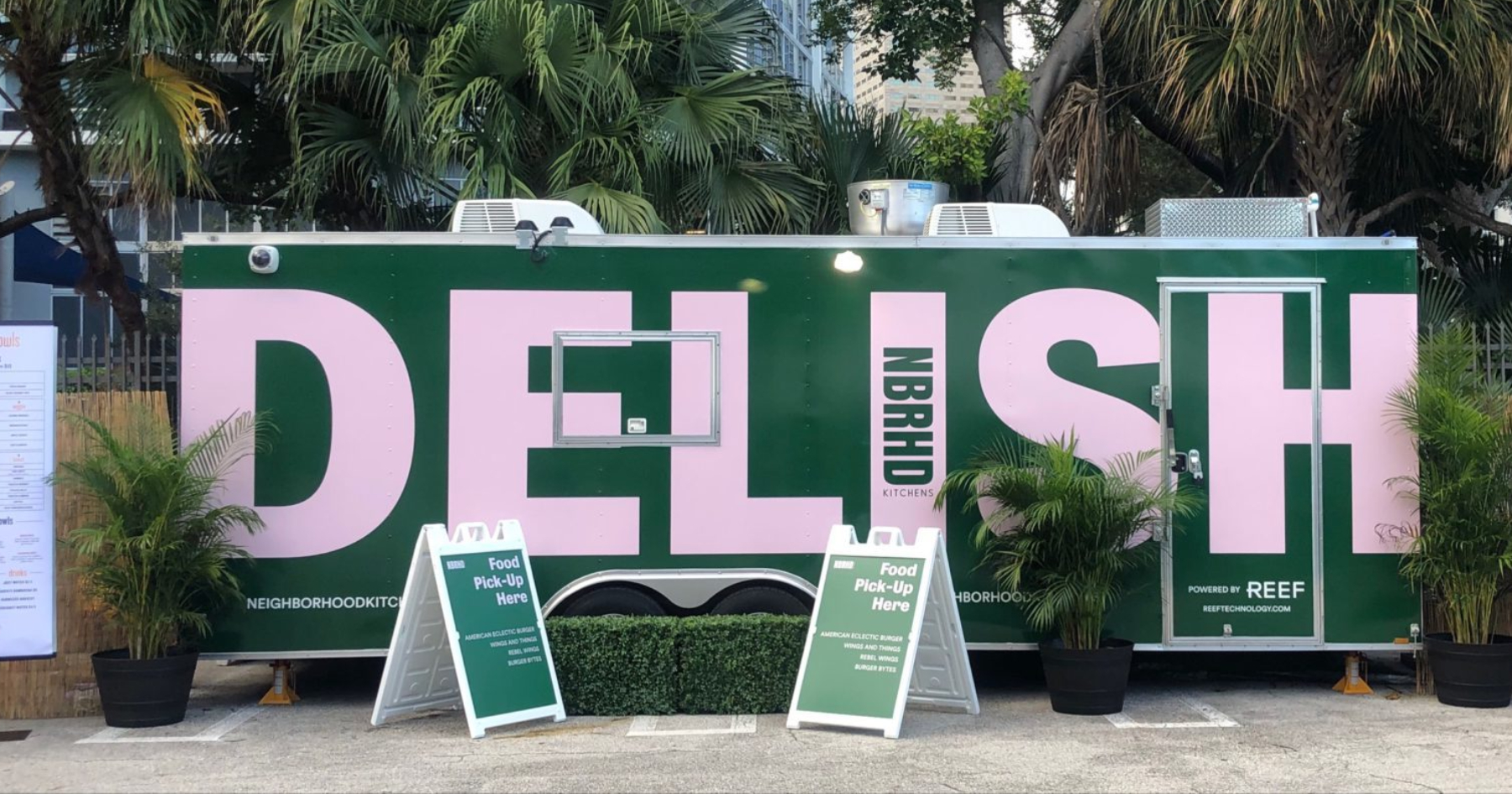 Welcome to RB’s weekly roundup of the latest in restaurant technology. To get this and other tech news sent right to your inbox every Wednesday, click here.

Some midsize chains are betting big on ghost kitchens. Last week, Nathan’s Famous and Saladworks announced plans that could roughly double their U.S. footprints via the off-premise-only route.

Hot dog chain Nathan’s said it will add 60 outposts in the U.S. and 40 in Canada—mostly in Walmart stores—under an agreement with Ghost Kitchen Brands. As of February, it had already opened 100 virtual, off-premise-only locations (and counting) via partnerships with Reef Kitchens, Franklin Junction and independent restaurants. If all goes to plan, its virtual footprint could match the 224 traditional U.S. locations it had in 2020, according to Technomic.

Canada-based Ghost Kitchen Brands focuses in particular on brands that “maybe don’t have the distribution that they would like right now,” President Marc Choy told RB.

Other partnerships include Quiznos, Jamba and Saladworks, which has plans to add 60 U.S. locations with the company in 2021. That’s in addition to the recent Combo Kitchen deal, which could bring it and sister concept Frutta Bowls to five to seven new locations per month this year. It also has locations in Reef ghost kitchens in at least 10 cities. Add all that together, and it’s a significant increase upon the 93 brick-and-mortar locations the chain had in 2020.

That’s a lot of ground to cover in one year for both chains. To be sure, a multibrand ghost kitchen might not generate the same volume that a brick-and-mortar would. But it’s an opportunity to reach new guests at a much lower cost than building actual restaurants. In exchange, they’re entrusting their brands and food to an outside operator—and betting that the current heightened demand for delivery will continue.

As one delivery fee cap expires, another is born. Chicago’s 15% cap on the fees delivery providers charge restaurants expired last week, triggered by the fact that Windy City restaurants have been allowed to offer more than 40% of dining capacity for 60 consecutive days. However, an alderman has already introduced an ordinance to reinstate the cap, saying restaurants still need help.

“Restaurants are still suffering through a lot of different issues,” Alderman Scott Waguespack told the Chicago Sun-Times. He said that he’d like the new cap to stay in place at least through the fall.

In response to the lifting of the cap, DoorDash removed its $1.50 “Chicago fee” for customers in the city.

Meanwhile, Dayton, Ohio, is just getting started. It approved a fee cap of 15% last week that will last until 120 days after the state’s public emergency order is lifted. It’s intended to help restaurants that have struggled during the pandemic.

Temporary fee caps are in place of dozens of municipalities across the U.S. as a way to help restaurants during the pandemic. There has been a push to make the caps permanent in some places.

Two former OpenTable staffers launch a subscription startup. Per Diem will help restaurants and retailers create subscription programs, which have been a hot topic in the industry recently. The company raised $2.3 million in seed funding and plans to use it in part to develop an app for merchants as well as consumers.

It hopes to expand to 2 million businesses in the U.S. and currently lists about 20 clients on its website, including Founding Farmers and a New York location of the Oath Pizza chain.

It was co-founded by Tomer Molovinsky and Doron Segal, former senior product marketing manager and team lead for OpenTable, respectively.

Online ordering platform Allset introduces a new pricing option. Allset Unlimited will cost restaurants $49 per month, rather than charging a commission on each order. It offers web ordering, tablet and storefront ordering, and pickup, curbside and dine-in features, as well as inclusion on Allset’s consumer-facing marketplace.

It is designed for restaurants that want to use Allset as its all-in-one ordering provider rather than an add-on to drive incremental business. The commission-based plan is still available as well.

In case you missed it …

Olo and DoorDash end their dispute over fees.

Why the next McDonald’s could be a virtual brand.

Once you buy a business, the real work starts. It’s not enough to simply maintain the status quo, even if you’re making a profit. A fresh pair of … END_OF_DOCUMENT_TOKEN_TO_BE_REPLACED