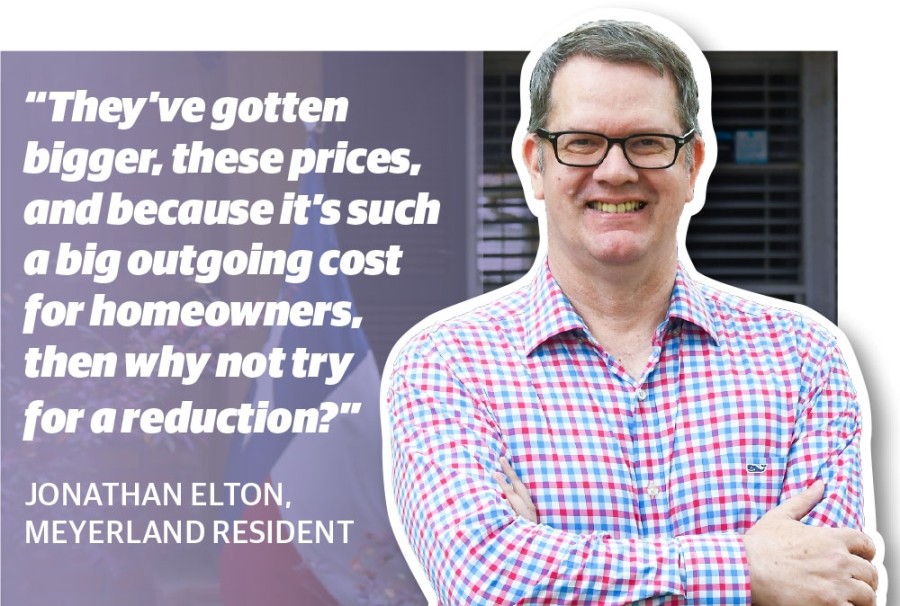 Alex Younes, a First Ward resident for six years, said he has an annual ritual with the Harris County Appraisal District.

While he has had success filing protests on his own, he said he might consider hiring a tax professional if it helps get him more savings.

“The county doesn’t explain how they arrive at their value number. Instead the burden of proof is on us, rather than the other way around,” he said. “It’s mysterious and arbitrary.”

Younes’ home was one of over 415,000 Harris County accounts that appealed their values last year—a record number and part of an upward trend of residents pushing back on their property tax bills.

“People think the process is intimidating, but it’s not,” said Michael Howard, a property tax consultant with BR Lawson & Co. “If you have the time, you should do it.”

While protesting is becoming increasingly popular, results are mixed; the process frustrates some homeowners; and some neighborhoods appear to be more successful than others. For example, more than two-thirds of protests in the Bellaire, Meyerland and West University area are successful, but some areas such as Independence Heights and Near Northside have success rates below 50%.

Protests offer homeowners one tool to reduce their tax burdens. Meanwhile, some state lawmakers are pushing for additional reforms to the property tax system that was overhauled in 2019 with Senate Bill 2, including calls for new caps on appraisal increases.

Each spring, the Harris County Appraisal District—which is an independent entity separate from the county government—begins mailing property owners their market and appraised values for the tax year. The appraised value takes into account any exemptions a property owner might have, such as a homestead exemption.

In turn, these appraised values inform taxing entities such as cities and school districts, which set a tax rate to generate revenue. In lieu of a state income tax, property taxes fund a wide range of services, HCAD Chief Communications Officer Jack Barnett said. ••“Property taxes are what support critical local services, primarily education but also police, fire, road maintenance, parks, libraries, all of those things that make a community more desirable to live in,” he said.

Appraisal districts use a process called mass appraisal, which looks at comparable properties within an area to determine a base level of market value, but on a house-by-house level, this approach can result in inconsistencies.

“We saw the same proposed values and logic applied to our house as those that received massive renovations,” said Lisa Gossett, whose Meyerland home flooded during Hurricane Harvey in 2017.

Since the county includes land values along with structures, a property value can also increase year over year as the area becomes more attractive.

“This is kind of where it gets tricky between appraisal and real estate because if the properties in your neighborhood go up because it’s a desirable neighborhood, the market value of your house is going to go up,” Barnett said.

Texas nondisclosure laws prevent sales prices from being released, so the county relies on data provided by third-party firms to get a sense of real estate trends. The county also takes into account alterations—from new fences to a patio addition—as well as the overall quality of a structure.

Gossett, who repaired but did not renovate her flooded home, said she felt the county overvalued her property last year at $478,000 in part because neighboring properties were significantly renovated.

After a protest, she brought it down to $330,000, effectively cutting her tax bill by a third.

The appeal of protests

With an appraisal on hand, homeowners face a choice: either accept the number or file a protest—either on their own at no cost or by hiring a consultant.

The protest deadline typically falls May 15 with the county accepting both paper forms or online submissions through its iFile system.

The filing is followed by an informal meeting with a district appraiser, who might provide a revised appraisal. The owner then can either accept or reject it.

“I would say in the ballpark range of about 30%-40% of our accounts are settled in that process,” Howard said. “But after that meeting, if we can’t settle anything, can’t agree on a value, then we’ll go to the Appraisal Review Board.”

There are 190 members on the board, which serves as an independent body that resolves disputes between property owners and the appraisal district. The board holds 1,500 panel hearings each day from May through August, which are being held virtually since the pandemic. During the meeting, appellants have 15 minutes to state their case to three board members.

A property tax consultant, who is paid by taking a portion of the taxes saved, is the preferred choice in Harris County with over 68% of property owners choosing that option when pursuing a protest. However, according to a 2019 January Advisors report, there was not a significant difference in performance between homeowners who hired a firm compared to those who filed a protest on their own.

“A property owner could very well get better results than a consultant because they are so much more familiar with the property,” said Darlene Okonski, a homeowner tax consultant with Marvin F. Poer and Co. “They know the ins and outs of the neighborhood and everything. They’re going to know way more than we would, as far as that goes.”

Gossett has hired a firm in years past but gave it up when no property tax reductions materialized. She returned to protesting by herself.

“The preparation makes all the difference, but residents can get somewhat varied results,” Gossett said.

January Advisors also found the effective discount on property taxes seems to favor residents in wealthy neighborhoods, who are also more likely to protest their values.

“HCAD is generally applying increases equally if you’re looking at percentages … but a $5,000 increase in Denver Harbor is arguably worth more to a family there than a $60,000 assessment value increase in Piney Point Village,” January Advisors founder Jeff Reichman said.

Protest activity has been on an upward trend for at least the past decade with the number of accounts under appeal increasing almost 30%, according to HCAD data.

These appeals are increasingly settled beyond the ARB process with 10 times as many cases going before arbitration in 2019 as in 2010 and almost three times as many cases going into litigation. Many of these cases involve multimillion-dollar commercial, industrial and multifamily properties, Barnett said, which are subject to higher rates of increases because they do not have access to caps such as the homestead exemption, which limits year-over-year value increases to 10% or less.

State Rep. Cody Vasut, R-Angleton, is one of several state lawmakers who have taken an interest in following up on the Legislature’s 2019 property tax reform efforts by looking to expand these annual caps to business properties and lower the threshold to 3.5%.

“The idea is to make your tax bill more predictable, a smoother increase over time,” Vasut said. “We’re trying to carve off those really high increases so that people can budget for and afford their tax bill each year.”

House Bill 299 is awaiting a Ways & Means Committee hearing, but a date has not yet been set as of press time.

In 2019, reforms largely targeted taxing entities—cities, counties and school districts, for example—imposing a 3.5% cap on annual revenue increases and offering an infusion of state funds to allow for school property taxes to drop slightly. ••That was a good step, Vasut said, but it only addressed one side of the equation because an individual’s tax bill is largely shaped by the value assigned by the appraisal district.

In the meantime, taxpayers continue to have the protest process to try to bring their own tax obligations down each year.

“Even if you think your value is OK, protest it,” Howard said. “You should protest. It’s your right to protest your property taxes.”

Here are the top seven things you must know about Tech with The Hans India on October 18, 2021. Let's begin...Google's Pixel 6 Series Launch Event – … END_OF_DOCUMENT_TOKEN_TO_BE_REPLACED

Colin Powell, former joint chiefs chairman and secretary of state, has died from Covid-19 complications, his family said on 18 October. He was 84. In … END_OF_DOCUMENT_TOKEN_TO_BE_REPLACED