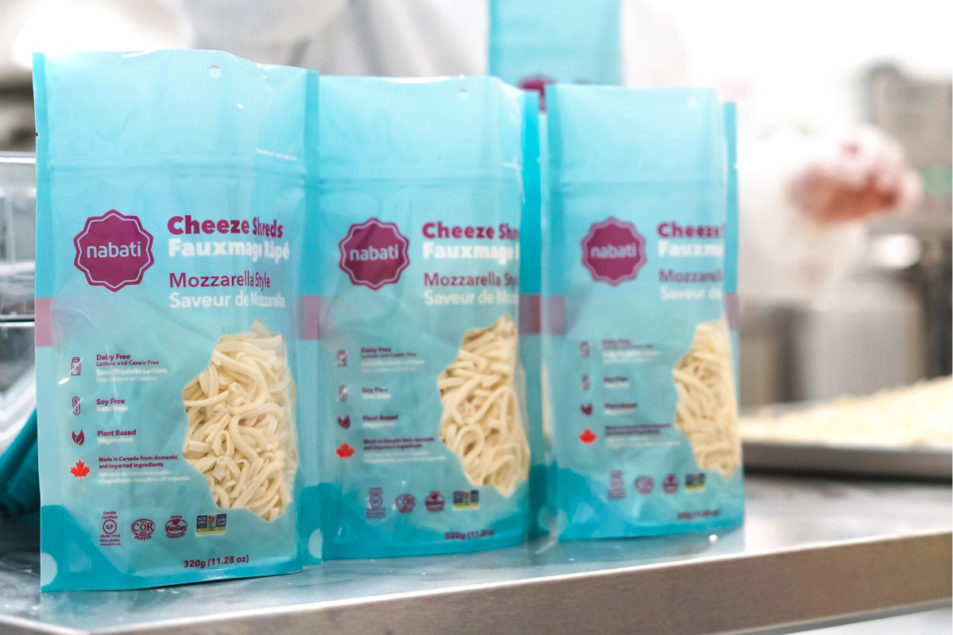 VANCOUVER — Nabati Foods, part of the Eat Beyond Global Holdings Inc. portfolio of companies, has completed construction of a new manufacturing facility in Edmonton, Alta.

The company, which recently announced plans to go public following a $7.7 million private placement, offers a range of plant-based foods, including dairy-free cheesecake, cheese alternatives and meat alternatives. Its products are compatible with most dietary restrictions and are free from all common allergens. They are non-GMO and contain no refined sugars, dairy, eggs, gluten or soy.

“With this new facility, Nabati Foods is now capable of producing 1.2 million lbs of plant-based cheese and about 1 million lbs of plant-based meat, with capacity potentially continuing the increase as the equipment is upgraded,” said Patrick Morris, chief executive officer of Eat Beyond.  “Nabati Foods has wisely reinvested a portion of its $7.7 million capital infusion from its recent oversubscribed financing round into this project.  Eat Beyond is confident that Nabati will quickly see a significant return on that investment as it extends its geographic reach across North America and eventually into Europe.”

The new facility also will house the company’s research and development department.

“Demand for our products, especially Nabati Cheeze, has been so enormous, that we had waiting lists that were several months long,” said Ahmad Yehya, CEO of Nabati Foods. “This new production space will enable us to keep pace with increasing demand and supply our growing list of clients.”

The UK’s antitrust watchdog started a new investigation of Alphabet Inc.’s Google, over suspicions it may have abused its dominant position across its … END_OF_DOCUMENT_TOKEN_TO_BE_REPLACED

This is the daily notebook of Mike Santoli, CNBC's senior markets commentator, with ideas about trends, stocks and market statistics. Dip-buyers have … END_OF_DOCUMENT_TOKEN_TO_BE_REPLACED

New York Tech has launched a new integrated marketing campaign, appearing on Long Island and in New York City. The “A Place for You” campaign includes … END_OF_DOCUMENT_TOKEN_TO_BE_REPLACED