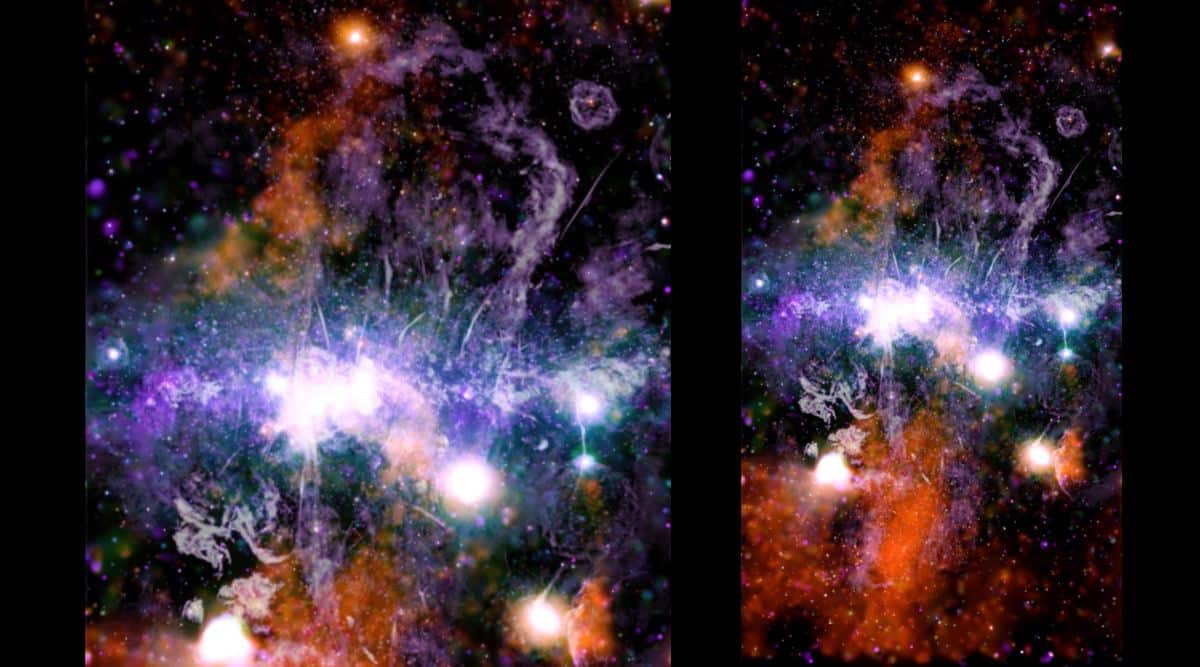 NASA has released a stunning new picture of our galaxy’s violent, super-energized “downtown.”

It’s a composite of 370 observations over the past two decades by the orbiting Chandra X-ray Observatory, depicting billions of stars and countless black holes in the center, or heart, of the Milky Way. A radio telescope in South Africa also contributed to the image, for contrast.

Unravel the threads of superheated gas and magnetic fields that make up the tapestry of energy of our Milky Way galaxy. 🌌

A new image from @ChandraXray brings to life the giant mosaic of data that weaves together this cosmic masterpiece. Discover more: https://t.co/UJZMMDe2Zg pic.twitter.com/jkNgFXk2z2

Astronomer Daniel Wang of the University of Massachusetts Amherst said Friday he spent a year working on this while stuck at home during the pandemic.

“What we see in the picture is a violent or energetic ecosystem in our galaxy’s downtown,” Wang said in an email. “There are a lot of supernova remnants, black holes, and neutron stars there. Each X-ray dot or feature represents an energetic source, most of which are in the center.”

His work appears in the June issue of the Monthly Notices of the Royal Astronomical Society.

Launched in 1999, Chandra is in an extreme oval orbit around Earth.

The UK tech community has reacted with an outpouring of shock and sadness upon learning that Tech Nation, the entrepreneur network that has supported … END_OF_DOCUMENT_TOKEN_TO_BE_REPLACED

© APFedEx will cut more than 10 per cent of its global leadership team, adding to the more than 12,000 employees it has shed over the past seven … END_OF_DOCUMENT_TOKEN_TO_BE_REPLACED

The Westfield Town Council voted 7-1 on Tuesday to introduce an ordinance that allows for a downtown redevelopment plan to move forward.It will next … END_OF_DOCUMENT_TOKEN_TO_BE_REPLACED