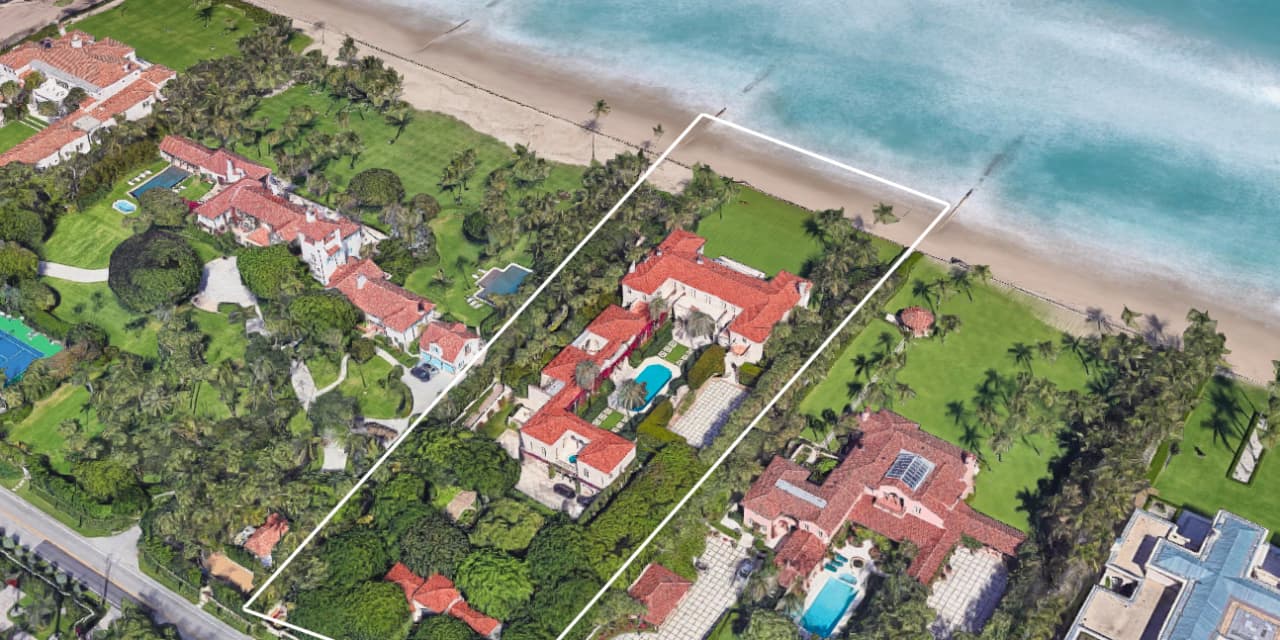 Is there anywhere more popular among the biggest-spending real estate buyers in the U.S. right now than Palm Beach? Wednesday’s $95 million sale of an oceanfront estate in the upmarket Florida enclave suggests not.

Abutting the sandy shores of the Atlantic Ocean, the Italian-style mansion changed hands in an off-market deal, meaning details on the home are scarce.

It spans 28,399 square feet arranged around central gardens and a swimming pool and has seven bedrooms. Broker Lawrence Moens of Lawrence A. Moens Associates handled both sides of the sale, according to the Palm Beach Daily News, who first reported the sale.

Mr. Moens, who had previously listed the property publicly for $110 million, didn’t respond to a request for comment.

The sellers of the home bought the property through a trust in 2001 for $17.68 million, records with PropertyShark show. They demolished an older home to make room for the construction of this one.

The new owner also shielded their identity and made their purchase through a trust, property records show.

Palm Beach trophy homes are selling like hotcakes, and this latest deal comes on the heels of the $49.1 million sale Tuesday of another waterfront compound.

The enclave has become one of the nation’s leading trophy-home markets and in February recorded its highest-priced home sale ever, when an oceanfront spec home—built on land that was once owned by former President Donald Trump—sold for an astronomical $122.7 million.

Washington [US], January 26 (ANI): Google's much-awaited smartwatch may finally release in May 2022.As per GSM Arena, the information regarding the … END_OF_DOCUMENT_TOKEN_TO_BE_REPLACED

Bitcoin and other cryptocurrencies were rising on 26 January, bouncing back after a deep selloff that began late last week. There is optimism that the … END_OF_DOCUMENT_TOKEN_TO_BE_REPLACED

EAST HANOVER, NJ — Sandwich cookie pieces are the key ingredient in one of the most popular ice cream flavors. Now, Mondelez International, Inc., the … END_OF_DOCUMENT_TOKEN_TO_BE_REPLACED