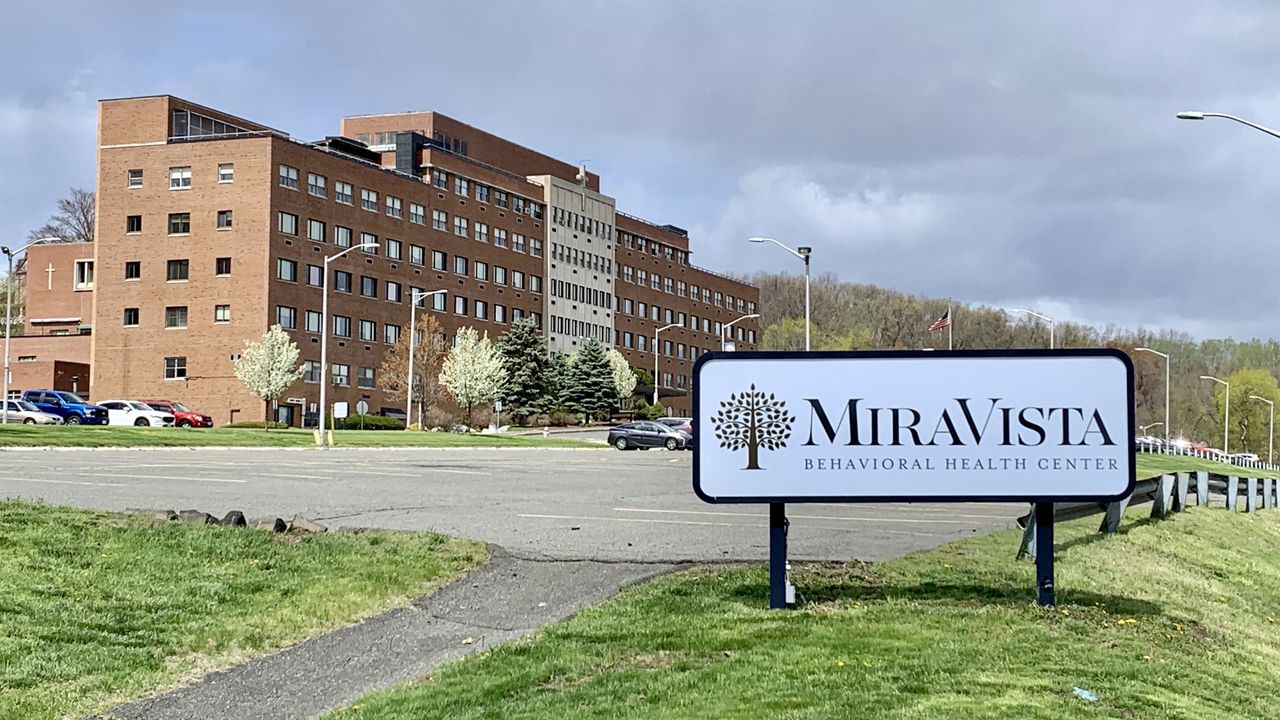 Mercy Medical Center, part of Trinity Health Of New England, was scheduled to end its predominately outpatient addiction services Wednesday. It was announced in February that the 1233 Main St. site had been sold by Mercy for $4 million to Health Partners New England and GFI Realty, which renamed the facility MiraVista.

Plans call for the opening of 36 inpatient beds by month’s end for those 18 and older experiencing a mental or emotional health crisis with or without co-occurring substance abuse, MiraVista spokesperson Bob LaRochelle said. Such services at the 74-bed psychiatric facility had been shuttered in June by Mercy, citing low admissions and staff recruitment challenges.

The closure ended inpatient services for children and adolescents as well, adding to a chronic prolonged wait in emergency rooms for those needing inpatient psychiatric care. (Baystate Medical Center in Springfield plans to open a 12-ped pediatric unit on April 28.)

Health Partners CEO and founder Michael Krupa had said in March that MiraVista hoped to open a 12-bed pediatric unit at the hospital by April 30 — dependent on state licensing approval and adequate staffing — and all beds by fall.

However, LaRochelle said MiraVista’s pediatric unit would not open until this summer at the earliest as it continues working on staff in all departments, including medical providers.

MiraVitas has hired 85 employees to date, he said.

“We have offers out for some top-level positions but are still recruiting for a chief medical officer,” LaRochelle said. “We have hired a chief operating officer.”

Mark Paglia has been hired as chief operating officer and Erin Daley as chief nursing officer, according to the MiraVista website. Paglia was previously the executive director of behavioral health services at Mercy Medical Center, and Daley was director of Mercy’s emergency department.

Eventually, 200 employees or more could be hired at MiraVista, said Krupa. He also said that employees laid off by the sale of Providence could apply for jobs at MiraVista, but that union contracts Mercy had with the Massachusetts Nurses Association and United Auto Workers, Local 2322, would not be honored.

The MNA slated a rally Thursday to address the recent sale of the hospital, which it said impacted about 40 nurses represented by the MNA and 60 members of UAW.

MiraVista is a for-profit, independent hospital with its own set of investors and staff under the umbrella of Krupa and GFI Partners, a Boston-based commercial real estate development company.

Krupa, who holds a doctorate in developmental and child psychology from Harvard’s Graduate School of Education, is founder and chief executive officer of TaraVista Behavioral Health Center, a 108-bed psychiatric hospital for adults and children that open in 2016 in Devens, and whose total patient revenue has been put at close to $67 million.

The fiscal 2021 state budget signed by Gov. Charlie Baker in December included $10 million to fund creation of inpatient mental health acute care beds, with priority given to beds for children and adolescents in underserved areas of the state. Payments upon completion could be up to $150,000 per new bed, particularly if finished early this year.

The Westfield Town Council voted 7-1 on Tuesday to introduce an ordinance that allows for a downtown redevelopment plan to move forward.It will next … END_OF_DOCUMENT_TOKEN_TO_BE_REPLACED

New York CNN  —  Bed Bath and Beyond is closing another 87 stores as the struggling retailer barrels toward bankruptcy. … END_OF_DOCUMENT_TOKEN_TO_BE_REPLACED