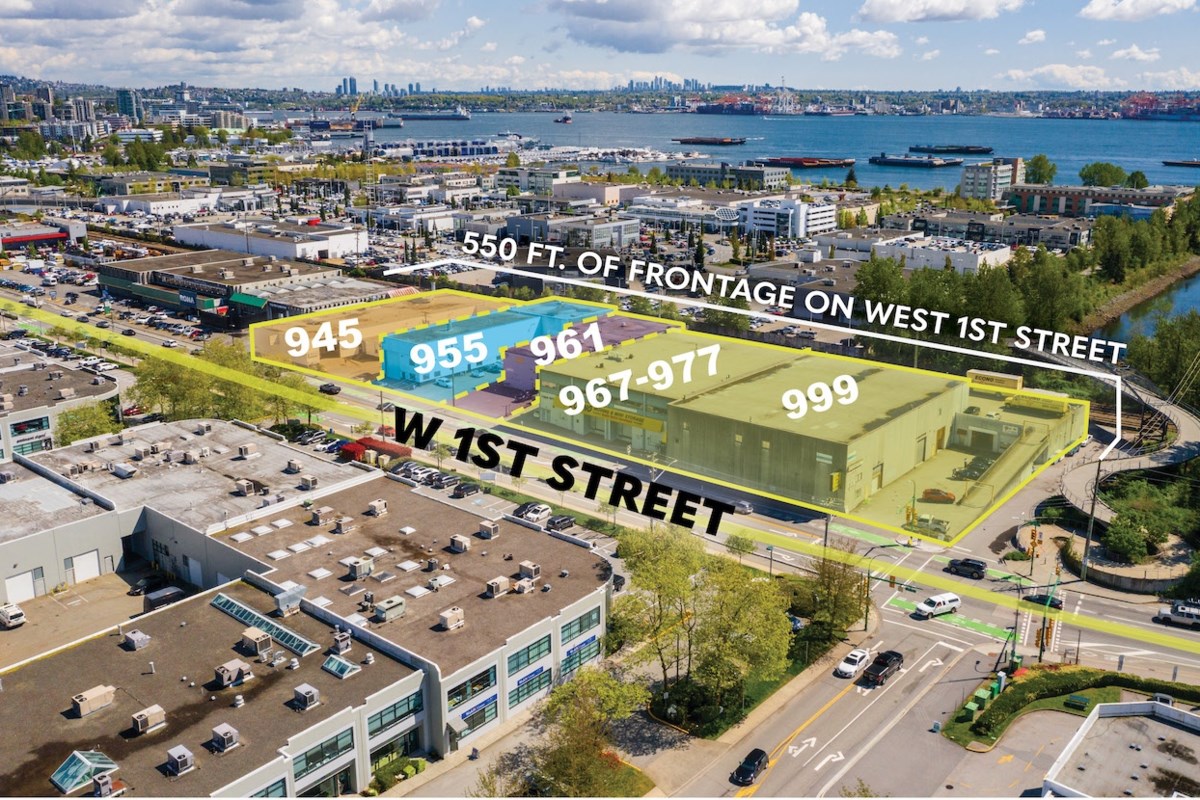 This story has been amended since first posting to correct the number of buildings included in the sale.

In the largest industrial real estate transaction on the North Shore so far in 2021, a 2.79-acre site with four contiguous buildings has sold for $44 million in the City of North Vancouver.

North Vancouver has one of the lowest industrial vacancy rates in Canada, at 0.7 per cent, according to Matt Thomas, a principal at Avison Young, who acted as the seller’s agent in the transaction.

CBRE vice-presidents Yashar Khalighi and Lawson Chu represented the buyer in the transaction.

Khalighi said the location, the size and the zoning of the properties makes them unique on the North Shore from an investment perspective.

The properties have holding income in place with strong tenancies and are under Special Industrial (M-3) zoning, which “offers phenomenal redevelopment potential,” Khalighi said.

“The lack of new industrial supply over the past few years has severely impacted availability and vacancy rate levels. There is currently no new proposed supply for the near term for industrial product on the North Shore,” he added.

Metro Vancouver has the highest industrial lease rates in Canada, at an average of $13.87 per square foot, and North Vancouver has become one of the priciest markets.

“Much of the available [North Vancouver] industrial product is obsolete space as it was constructed in the 1960’s, 1970’s and 1980’s and warrants redevelopment. As a result, the asking net rent rates have reached levels on average around $18.00 per square foot , depending on the quality of product. Rates have netted over $20.00 per square foot on certain small bay quality industrial properties,” Chu said.

The price per-acre in the deal, at $15.7 million, eclipses the highest per-acre priced paid for Metro Vancouver industrial property in 2020, which was the $12.1 million per acre paid by developer Wesbild for a near five-acre site in the 8100 block of Manitoba Street in Vancouver last year, according to Avison Young data.

The previous highest price paid for North Vancouver industrial property was the $40.1 million paid by Nicola Wealth for a 4.3-acre site on Dollarton Highway in 2020.

In January, former Bloomberg Media chief executive Justin Smith said he was leaving his high-profile job to launch a news startup that would serve … END_OF_DOCUMENT_TOKEN_TO_BE_REPLACED

Comment on this storyCommentA 20-year-old college student went big on Bed Bath & Beyond at the right time, making close to $110 million off the … END_OF_DOCUMENT_TOKEN_TO_BE_REPLACED A healthy workplace is everything. This much was underscored by COVID-19. As the pandemic revealed, if one person came down with the virus, the whole … END_OF_DOCUMENT_TOKEN_TO_BE_REPLACED