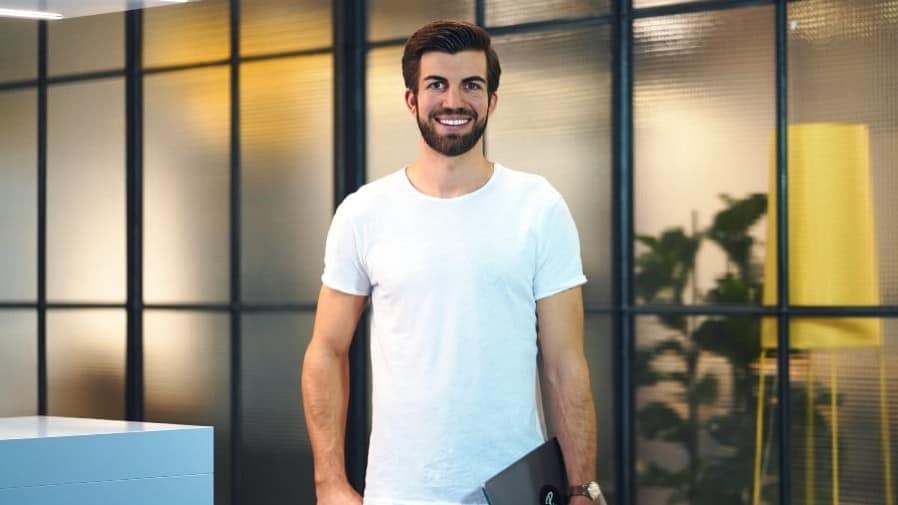 All-in-one HR software for small- and medium-sized companies, Personio, based in Munich works with the mission to make HR processes transparent and efficient. Now, the fast-growing HR tech company has secured $270 million (nearly £200 million) in a Series E funding round, which takes its valuation to $6.3 billion.

The investment round was led by Greenoaks Capital Partners alongside participation from Altimeter Capital and Alkeon. The portfolios of these investors include many notable software companies such as UiPath, Hubspot, Stripe and Snowflake. Also, Index Ventures, Accel, Meritech, Lightspeed, Northzone and Global Founders Capital among existing investors of Personio took part in the round.

The Series E funding follows the funding round it raised in January 2021, bringing the total capital raised to over $500M. The investment allows Personio to evolve its product to lead the People Workflow Automation category and continue to execute its long-term-oriented strategy, focused on the needs of its customers.

Notably, the UK is the second most important and largest market for Personio, which is experiencing an exciting 4x growth year on year. Eventually, Personio is increasing its headcount in the UK and has plans to hire over 100 people in the next year. Some of its recent senior hires include Ross Seychell, Chief People Officer, Nick Peart, VP of Marketing, and Sam Richards, UK Country Manager. There are over 200k organisations in Personio’s target market in the UK.

Hanno Renner, Co-founder and CEO Personio, said: “This investment highlights the continued fast growth of the business and the immense market potential, but also the belief in our vision for the future of HR tech. While I consider this funding a major milestone, we are still at the very beginning of our journey. Now we want to help HR teams go beyond HR. Launching the People Workflow Automation category is a big step forward along this path, serving.”

Neil Mehta, Founder and Managing Partner of Greenoaks, said: “While small businesses are the backbone of the European economy, they have been underserved and overlooked by legacy players for too long. Personio democratizes enterprise capabilities and delivers a step-change in productivity, simplifying HR workflows across the full employee lifecycle.

Founded by Hanno Renner, Roman Schumacher, and Arseniy Vershinin in 2015, Personio, which has offices in London, Dublin, Madrid, and Munich. The fragmentation of processes and applications leads to wasted time, delays and missed opportunities for both employers and employees alike. People Workflow Automation solves issues faced by automating people processes across all applications and teams in an organisation. Changes such as terminations, team changes, promotions, location changes and sick leave requests happen frequently at any organisation.

Each triggers a workflow Personio can help streamline, avoiding those painful delays that lead to missed opportunities, while also freeing up time for HR teams, managers and employees. HR teams can easily manage issues that in the past would have involved manual tasks across multiple departments.

Together with the launch of the category Personio today released several new features that will allow its customers to benefit from workflow automation. This includes the integration of collaboration platforms such as Slack and Microsoft Teams, integrations with identity manager providers such as Okta or MS Azure Active Directory, Workflow Hub where HR teams can oversee status and delays across all their workflows.

Katarina Berg, CHRO at Spotify and Board Member of Personio, said: “HR teams have been constrained by having to work across different tools, departments and stakeholders for too long. At Spotify we have the scale to build our own platforms to mitigate these issues, but HR counterparts in SMEs do not have the resources to do likewise. People Workflow Automation democratizes an important technology trend that will have a significant impact and allow HR to go beyond HR. It’s a fantastic development for the industry.”

WASHTENAW COUNTY – An indoor saltwater pool, vaulted ceilings and rolling hills are the highlights of a spacious 14,000-square-foot estate in between … END_OF_DOCUMENT_TOKEN_TO_BE_REPLACED