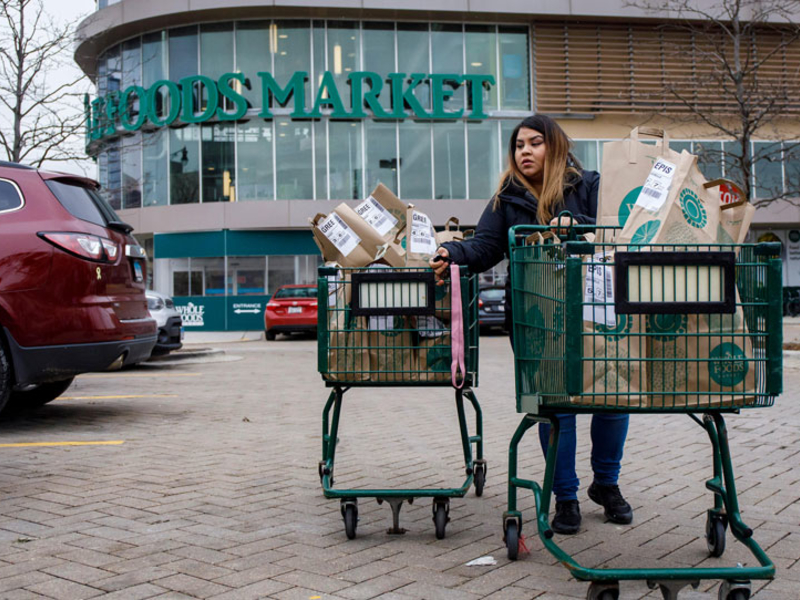 It’s a model that fits these challenging economic times well. It gives students a chance to pursue a college degree with extra income they can make on the side. It gives retirees the freedom to add some much-needed cushion to their Social Security checks. These types of jobs can help bridge income when between jobs, or they can help people earn extra money when times get tight or there’s a specific financial goal. That’s the beauty—they’re flexible.

This has been a particularly important source of income for people in underserved communities in Chicago—those who have been disproportionately impacted by skyrocketing unemployment.

But despite this, Congress is considering a move that could eliminate this source of income for thousands of Illinois drivers and deny them the flexibility on which they depend.

In many cases, the Protecting the Right to Organize Act—or PRO Act—would force independent workers for Uber, Lyft, DoorDash, Instacart and the like to be recategorized as employees, limiting the accommodating schedules that make these jobs so valuable in the first place. It would also take away flexible work options and limit workers’ ability to earn extra income.

If you talk to drivers, they’ll tell you this isn’t what they want. Almost 90 percent of Illinois app-based workers work less than 15 hours per week. Nearly three-quarters of drivers nationally want to remain independent, according to an independent poll from the blog Rideshare Guy. In another survey, 82 percent of respondents said that they would rather be considered an independent contractor than an employee, and 90 percent said their employment classification is a “good arrangement” for them.

Instead of trying to force old rules on a new economy, Congress should create rules for this new economy that protect the independence and flexibility on which drivers depend, while providing access to benefits and protections all workers deserve.

Illinois lawmakers have wisely protected access to jobs and flexibility that gig workers in badly need. Congress should follow suit.

The next wave of successful start-ups will be those that help make the transition to a carbon-free energy affordable, said BlackRock CEO Larry Fink in … END_OF_DOCUMENT_TOKEN_TO_BE_REPLACED

Former Bank of England governor Mervyn King poured cold water on the merits on a central bank digital currency in the UK. From privacy concern to the … END_OF_DOCUMENT_TOKEN_TO_BE_REPLACED

A Dallas urban housing developer is headed to Northeast Dallas for its next project.Larkspur Capital is planning a rental home community near the Casa … END_OF_DOCUMENT_TOKEN_TO_BE_REPLACED