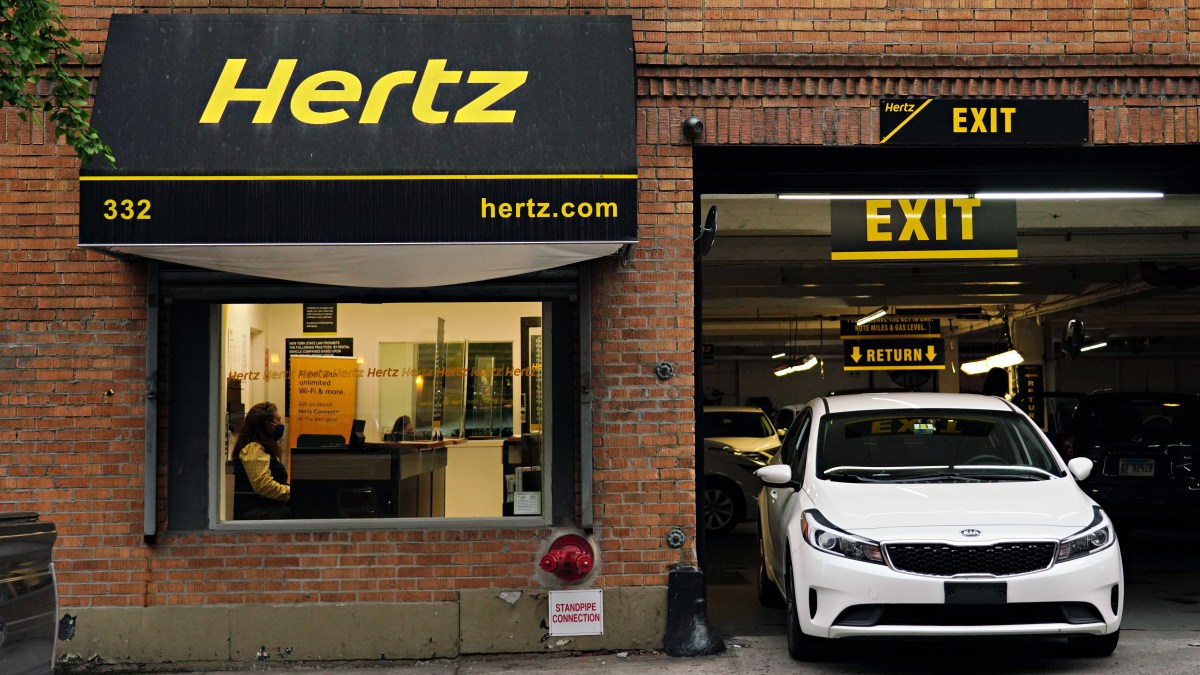 Used-car auctions are crowded affairs these days, with a new kind of buyer competing against dealers and retailers like CarMax and Carvana. The new entrants: rental-car companies, starved for product in an economy now roaring back.

It’s a big change from a year ago, when Hertz, Avis and the rest went lean on inventory to survive the early months of the pandemic.

“These rental-car companies sold off large chunks of their fleet in order to right-size for rental demand,” said David Paris, senior manager at J.D. Power.

With travel demand returning, rental firms can’t replenish their operations with new cars because auto factories around the world are missing critical pieces of their assembly lines.

“We’ve got all of this additional pressure from the semiconductor, seating foam, plastic issues,” Paris said, noting that rental firms “are going out and bidding on used vehicles.”

This has pushed up the prices of used vehicles by 32% since January, Paris said.

A separate measure, the Manheim Used Vehicle Value Index, rose 52% in the first part of April over a year earlier.

That inflation trickles down to rental rates, which can be upward of $150 a day.

“Consumers and households are paying these rates, because it’s, you know, just an opportunity for the consumer to get out,” said Zo Rahim, an analyst with Cox Automotive, the parent company of Manheim.

Rahim said he expects high rates, and sky-high used-car prices, to continue through the summer.

“A friend of mine had a 3-year-old Jeep Wrangler that he was able to sell for more money than what he bought it for brand new back in 2018,” said Steve Lang, a used-car buyer and dealer with the company 48 Hours and a Used Car.

Lang said he offers 10 words of car advice to consumers:

Harrison Butker is going to be playing for another Super Bowl with the Kansas City Chiefs.Butker nailed the game-winning field goal to send the Chiefs … END_OF_DOCUMENT_TOKEN_TO_BE_REPLACED