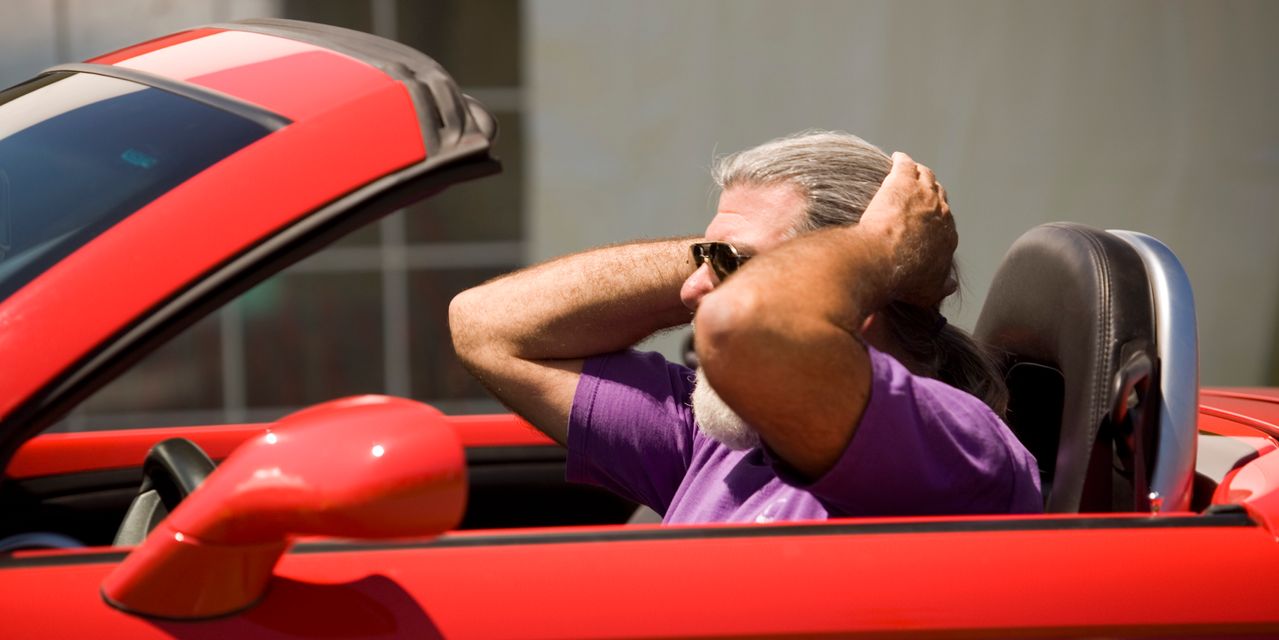 The Employee Benefit Research Institute (EBRI) Retirement Confidence Survey, the nonpartisan group’s 31st annual report, is hot off the presses. And once again, the findings are clear. Americans love a good pair of rose-colored glasses.

“Workers envision a transition to retirement that is misaligned with retirees’ realities,” according to the researchers.

Read: Not sure where to live in retirement? Try our tool, your ideal place may surprise you

Nearly half of retirees retire earlier than they expected —most often because they felt they could afford to, because of a health problem or disability, or because of changes within their organization.

Half of workers expect to gradually transition to retirement. That said, only 19% of retirees report having a stepped down transition, while 73% say their retirement was a full-time stop.

Consistent with prior years, the median retirement age among retirees is 62 years old, while workers’ median expected retirement age is 65. (And if you ask me, given longer life spans and unknown medical bills on the horizon for this generation, that is a foolhardy age to step away, if you can possibly eke out more earning years.)

And to me that’s scary.

Here’s why: The EBRI survey found among workers who provided the value of their savings and investments outside of the value of their home and any defined benefit plan assets, 21% have less than $10,000. However, the savings and investments between those with and without a retirement plan (defined contribution plan, individual retirement account (IRA), or defined benefit plan) are starkly different. Sixty-five percent of those without a retirement plan have less than $10,000 in savings.

And here’s the icing on this fantasy vs. reality scenario. In the EBRI survey, conducted in January 2021 with 3,017 Americans 25 and older (1,507 workers/1,510 retirees), 8 in 10 retirees are confident they will have enough to live comfortably in retirement, including 1 in 3 who are very confident. Seven in 10 workers are confident in having enough money to live comfortably in retirement.

I really am an optimistic person, but for years now I have been worried about the prospect of elder poverty sweeping the boomer generation in the last decades of our lives and a social safety net that is simply unable and unprepared to lend some help.

Read: Can I afford to retire?

It’s already happening. I spend lots of my time reaching out to help people understand the importance of saving for retirement and keeping skill sets relevant to stay on the job in some fashion for as long as they can. It’s non-negotiable.

And these findings from EBRI confirm my fears year after year. People seem to not want to face the future with eyes wide open.

So once again I am highlighting this disconnect and shouting out.

One final finding that intrigued me: A quarter of workers with a workplace retirement plan say adding more investment options designed for post-retirement would be valuable.

This is a huge issue that I am increasingly hearing about and am alarmed and annoyed that financial services firms and employers aren’t stepping it up to help people figure out how to navigate the off-ramps of their retirement investments and the best ways to turn these investments into income to fund their retirement years.

We’re pressed to save and invest and sock it away, but I surmise the unwillingness to see those funds leave their coffers, where they make fees on those account balances and trades, holds the firms who manage those accounts back on sincerely helping people empty out the bucket. It’s simple economics.

A disturbing lack of transparency and investor and financial education has resulted in this scenario: More than 1 in 3 workers rely on family and friends for retirement planning advice. The same share relies on their own research they conduct online. Roughly 1 in 3 workers and retirees currently work with a financial adviser.

The special situation for women and retirement due to the pandemic

Knowing of my interest in older workers and, specifically, older women workers, the veteran press guru at AARP, Dave Nathan, sent me some comments that were put together from Bureau of Labor Statistic’s data by Jen Schramm, senior strategic policy advisor of the AARP Public Policy Institute.

“The pandemic drove up levels of unemployment among older women while also reducing their labor force participation rates,” Schramm said. “Though the job market has been improving in recent months, older jobseekers tend to be unemployed for longer periods than younger jobseekers”

She continued: “Last month, over half of jobseekers ages 55 and older were long-term unemployed. But the longer older women are unemployed or out of the labor force, the more challenging it becomes to find reemployment. This loss of employment could make it harder for many women to save for retirement.”

Nancy LeaMond, AARP’s executive vice president and chief advocacy and engagement officer added this: “Longstanding unfair practices mean women often reach retirement age with significant less savings than men. They have been penalized by earning less due to a gender pay gap. They get less in Social Security if they’ve taken time off from the workforce. They often spend more of their money on caregiving and family expenses relative to men. This is a harsh reality.”

The whole sticky delusional mess gnaws at me when the EBRI report reveals Americans’ inability to get a grip on their future financial security. the older women and money quandary, however, is heartbreaking.

Washington [US], October 3 (ANI): Some recent reports have claimed that the large camera housing on Apple's iPhone 14 Pro smartphones hinders the … END_OF_DOCUMENT_TOKEN_TO_BE_REPLACED

Hello again everybody and welcome to our live blog with all of the latest financial news coming out of the United States this Sunday, October 2. Our … END_OF_DOCUMENT_TOKEN_TO_BE_REPLACED

October 2022 Listing your home for sale is a marathon, but there are some easy tips and tricks to get ahead of your competition. Some of the easiest … END_OF_DOCUMENT_TOKEN_TO_BE_REPLACED