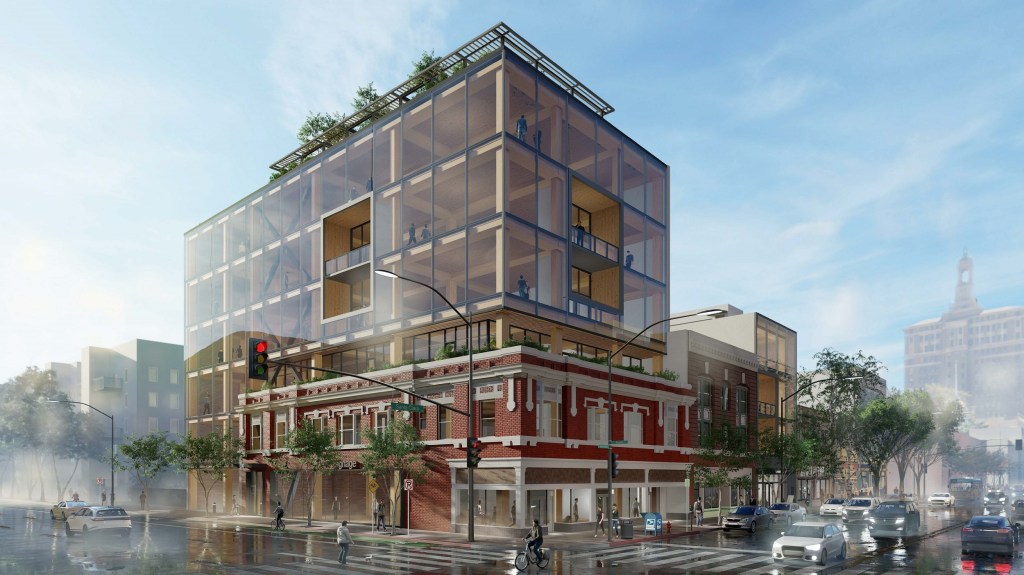 Suzaco, a project proposed by Bayview Development Group, would sprout at the corner of South Fourth Street and East Santa Clara Street in downtown San Jose, the developer said.

“We believe this development will help to change people’s perception of what’s possible in the neighborhood around City Hall and where employers might successfully locate,” said Ted McMahon, chief investment officer with Bayview Development.

The proposed development site is at a key intersection of downtown San Jose and one that is in the process of a dramatic redevelopment.

At one corner is San Jose City Hall with its office tower and distinctive rotunda. At another corner is Miro, a striking project with two residential towers and new retail spaces. A third corner would accommodate the Icon and Echo development, which if built would bring a new office tower and housing highrise to the downtown.

The fourth corner is where Bayview Development aims to build a u-shaped project.

Bayview is betting that its latest project will help to fully activate the Fourth Street and Santa Clara Street intersection, which is a tiny stroll away from a future downtown San Jose BART station.

“It is our hope that this creative office design, which integrates a historic building into the new structure, will breathe new life into this block and better weave this block into the fabric of downtown through activation,” McMahon said.

Concepts for the project show a gleaming and airy-looking development that would wrap around the facade of the State Meat Market building, where 4th Street Pizza now operates a popular restaurant and sports bar. The development site also includes Kronos Mediterranean restaurant and a shuttered taqueria.

The facade of that building on East Santa Clara Street would be preserved while the new buildings are added to the site, the concepts show.

A principal executive with Urban Catalyst, which has proposed the development of the Icon and Echo towers at this intersection, embraced the look and feel of the proposal by Bayview Development.

The Suzaco mixed-use office and retail development is one of several projects, including those planned at First and Santa Clara streets, that would bring major upgrades to what traditionally has been the key street for the area.

Suzaco also makes sense at that location because of the likely future transit amenities in the vicinity, Hayden opined

“This redevelopment makes sense especially considering it’s going to be right next to a brand-new BART station,” Hayden said. “High-density development near transit is city-building 101.”

CNBC's Jim Cramer on Wednesday told investors that they should take gloomy economic commentary from bank executives with a grain of salt. "Don't panic … END_OF_DOCUMENT_TOKEN_TO_BE_REPLACED