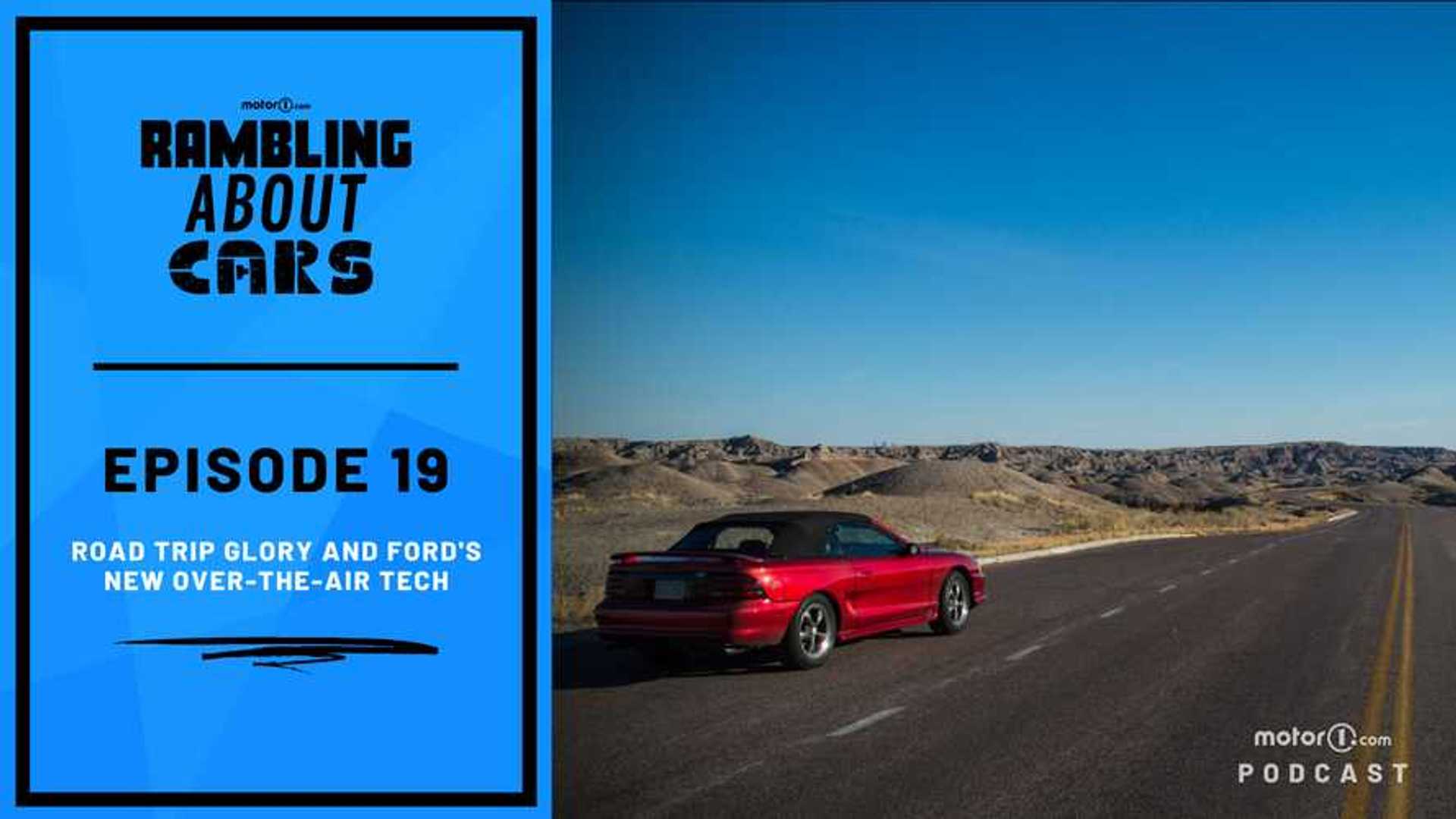 It’s podcast time, and also, it’s time for a road trip! This week, Bruce and Smith chat at length about something that transcends the mere love of cars and motoring. You don’t have to be a head-over-heels car lover to embrace a cross-country road trip, and road-tripping season is upon us in the northern hemisphere. There’s also some major tech news from Ford, and the Chris’s interview a Ford exec on what it’s all about.

Smith recently embarked on a 2,500-mile round-trip adventure across four states, covering the rural highways from South Dakota to the forested regions of upper and lower Michigan. He chronicles the adventure and shares his experience eating up the miles driving a 2021 Toyota Camry SE, though he’s also done this same route in his 1995 Ford Mustang GT convertible. It raises an interesting question about road trips and vehicles – are you better off driving something that just effortlessly soaks up the miles like the Camry, or is the trip made better in something with soul like Smith’s ragtop (and very loud) Mustang?

Of course, there’s more to road trips than just the road and the car. Many road-tripping adventurers have a particular type of food they enjoy en route, and you can’t hit the road without the right music. What does a road trip entail for you, Rambling About Cars listeners? Shoot an email to podcast@motor1.com or drop a comment below to share your road trip necessities and adventures with the world.

This week’s episode also takes a U-turn into the tech world. Ford just announced its Power-Up initiative that details the technological future for Blue Oval vehicles with extensive over-the-air updates. Ford Power-Up also includes a partnership with Amazon to bring hands-free Alexa functionality to its vehicles. Taking a deep dive, Bruce and Smith interview Ford Director of Retail Operations Kate Pearce about the features and functionality of Ford Power-Up, including some interesting questions regarding privacy and security.

The system launches on the new F-150 and Mustang Mach-E, with functionality coming to the Ford Bronco soon. It will provide updates for 80 different computer modules in vehicles (the interview says 110 but Ford later revised that figure) and it will be free of charge for all applicable vehicles. Amazon Alexa functionality will also be free for the first three years, though Ford doesn’t have a pricing structure in place yet for when the trial period expires. Ultimately, Ford plans to have 33 million vehicles using Power-Up by 2028, so it’s certainly a major shift that will guide the Blue Oval to a tech-infused future.

Ford listens to the Chris’s! We speculated in episode 19 that the new electric F-150 should be called Lightning, and that’s exactly what’s happening. The long-awaited EV pickup is scheduled to debut on May 19 and we’re going to take a close look at what Ford says is its most powerful F-150 ever. Expect that and a few surprises for next week.

Look for new episodes of Rambling About Cars every Friday. You can find the video version on YouTube and audio in a variety of places like Apple Podcasts and Spotify. If you have a moment, please like, follow, and review because it exposes the show to more people. And the more people joining us on this automotive odyssey, the better.

Ray Al-Malt spent much of his Tuesday in Orlando, Florida, preparing for rain and high-speed winds. Ray … END_OF_DOCUMENT_TOKEN_TO_BE_REPLACED

Hello again everybody and welcome to our live blog with all of the latest financial news coming out of the United States this Saturday, October 1. Our … END_OF_DOCUMENT_TOKEN_TO_BE_REPLACED