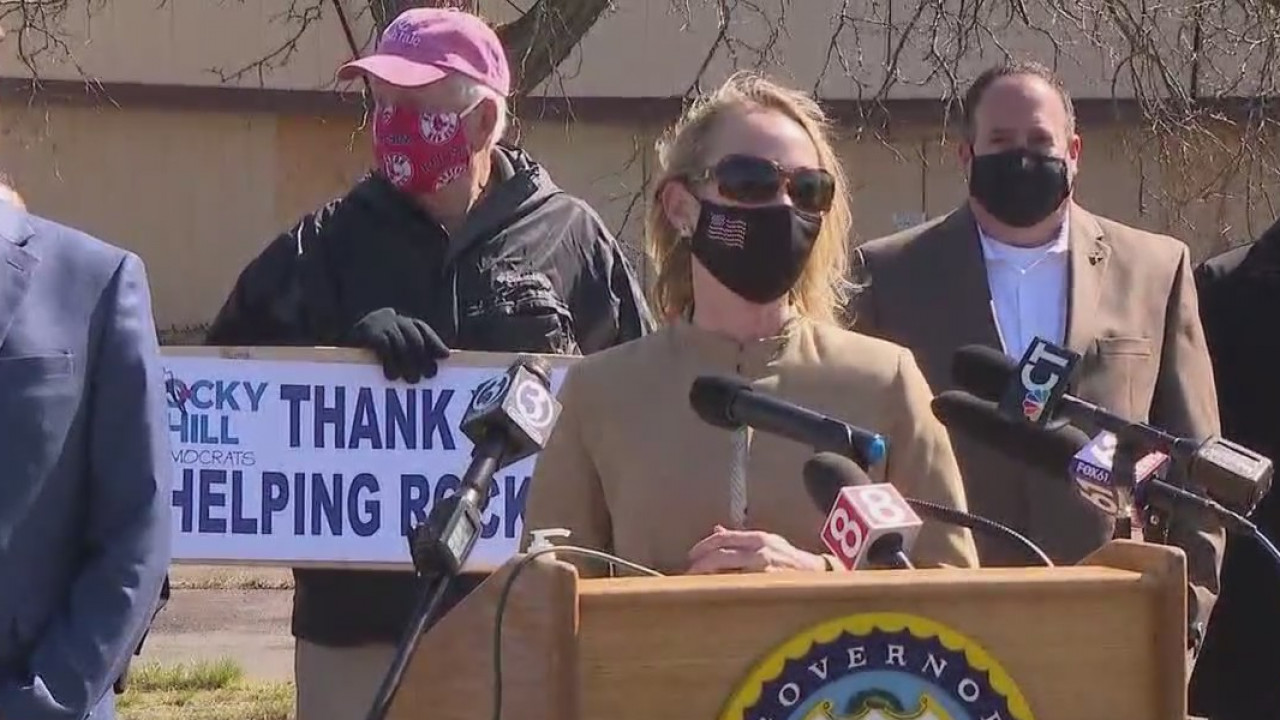 ROCKY HILL, Conn. (WTNH) — Much of Connecticut is known for its town centers. Now, one Hartford suburb is hoping to up its game.

The town of Rocky Hill is hoping to create a lively center by getting rid of a decrepit landmark. And Governor Ned Lamont came to town to help give it a jump-start Monday.

It’s a day people have been hoping for for two decades.

State Senator Matt Lesser (D -9th District) said, “For 19 years, since Ames went out of business in 2002, this has been an eyesore across from our town green.”

The abandoned architecturally insignificant building used to be a thriving corporate headquarters for a retail store chain where people across Connecticut would shop. Ames.

At one point, there were 700 Ames stores, and the company gobbled up other chains like Zayres.

As the century came to a close, Ames had trouble competing with Walmart. And after closing more stores to save money, it went bankrupt.

Now, thanks to state bonding, help is on the way to tear down the building and look ahead to a brighter future.

Governor Ned Lamont said, “The idea that in the foreseeable future there could be mixed-use restaurant/housing – I love housing – what difference this could make in the heart of the community.”

The project will also be a big economic ‘shot in the arm.’

There is no timeline for getting this done yet, but Mayor Lisa Marotta says there is a developer lined up. An announcement will be made at a later date.

Posts on Truth Social in which users call for civil war and advocate for violence against the FBI remained online Friday, some of them days after they … END_OF_DOCUMENT_TOKEN_TO_BE_REPLACED