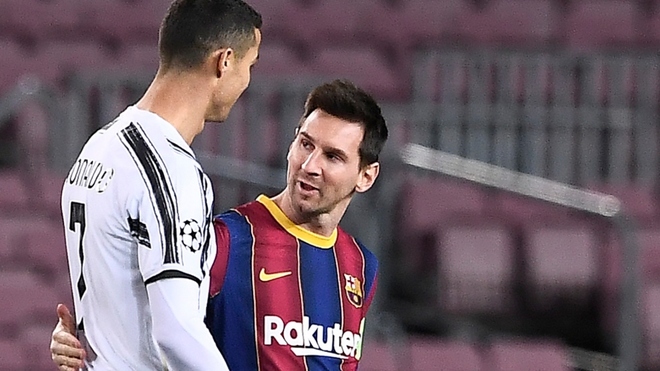 Cristiano Ronaldo and Lionel Messi are the two greatest players in their generation – at least according to the stats – but their rivalry goes beyond the football pitch.

According to France Football (via ilBianconero), the two superstars are also leading the ranks on the financial level.

The famous French magazine released the list of the Top 10 highest earners in the world, and the Argentine star beats his rival to the number one spot.

The study took into account the players’ total earnings, and not just the wages they receive from their respective clubs.

Messi’s earning were estimated at 125 million euros, whilst Ronaldo is just behind with 118 millions.

The two Ballon d’Or serial winners are the only men on the list with 9-digit numbers, as Neymar completes the podium with 98 millions.

It can be said that the Top 3 are in a world of their own in the financial world, as the next entry on the list is Tottenham Hotspur’s Gareth Bale who earns 37 millions per year.

The Welsh is followed by Barcelona legend Andres Iniesta (34 millions) who is still active in Japan.

Right behind the Spaniard, Eden Hazard, Raheem Sterling and Kylian Mbappé are all in 6th place with 32 millions annually.

Bayern Munich’s Robert Lewandowski is at 9th position with 30 millions, whilst Antoine Griezmann and Kevin De Bruyne share the 10th spot with 28 millions – but the Belgian star is expected to rise in the rankings following his latest contract renewal with Manchester City.

Ray Al-Malt spent much of his Tuesday in Orlando, Florida, preparing for rain and high-speed winds. Ray … END_OF_DOCUMENT_TOKEN_TO_BE_REPLACED

Hello again everybody and welcome to our live blog with all of the latest financial news coming out of the United States this Saturday, October 1. Our … END_OF_DOCUMENT_TOKEN_TO_BE_REPLACED