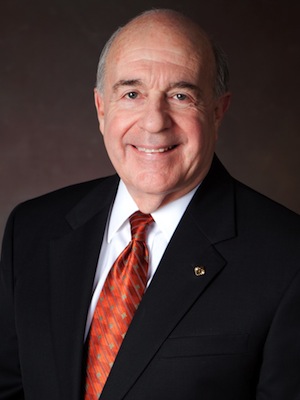 Citizens Bank of Batesville said Thursday that former Baptist Health CEO Russ Harrington had joined its board of directors.

“Growth on our Board is a key representation of our statewide expansion,” Citizens Bancshares Chairman Jeff Teague said in a news release. “Russ’s expertise and insight is a valuable addition to this important group; we are honored to have him join our Board.”

Harrington is president emeritus of Baptist Health. He retired as president and CEO in 2014.

“Supporting a progressive community bank like Citizens Bank is an important key to Arkansas’ success,” Harrington said in a news release. “I’m looking forward to partnering with them as a board member and investing in their mission and growth across Arkansas.”

The UK tech community has reacted with an outpouring of shock and sadness upon learning that Tech Nation, the entrepreneur network that has supported … END_OF_DOCUMENT_TOKEN_TO_BE_REPLACED

© APFedEx will cut more than 10 per cent of its global leadership team, adding to the more than 12,000 employees it has shed over the past seven … END_OF_DOCUMENT_TOKEN_TO_BE_REPLACED

The Westfield Town Council voted 7-1 on Tuesday to introduce an ordinance that allows for a downtown redevelopment plan to move forward.It will next … END_OF_DOCUMENT_TOKEN_TO_BE_REPLACED