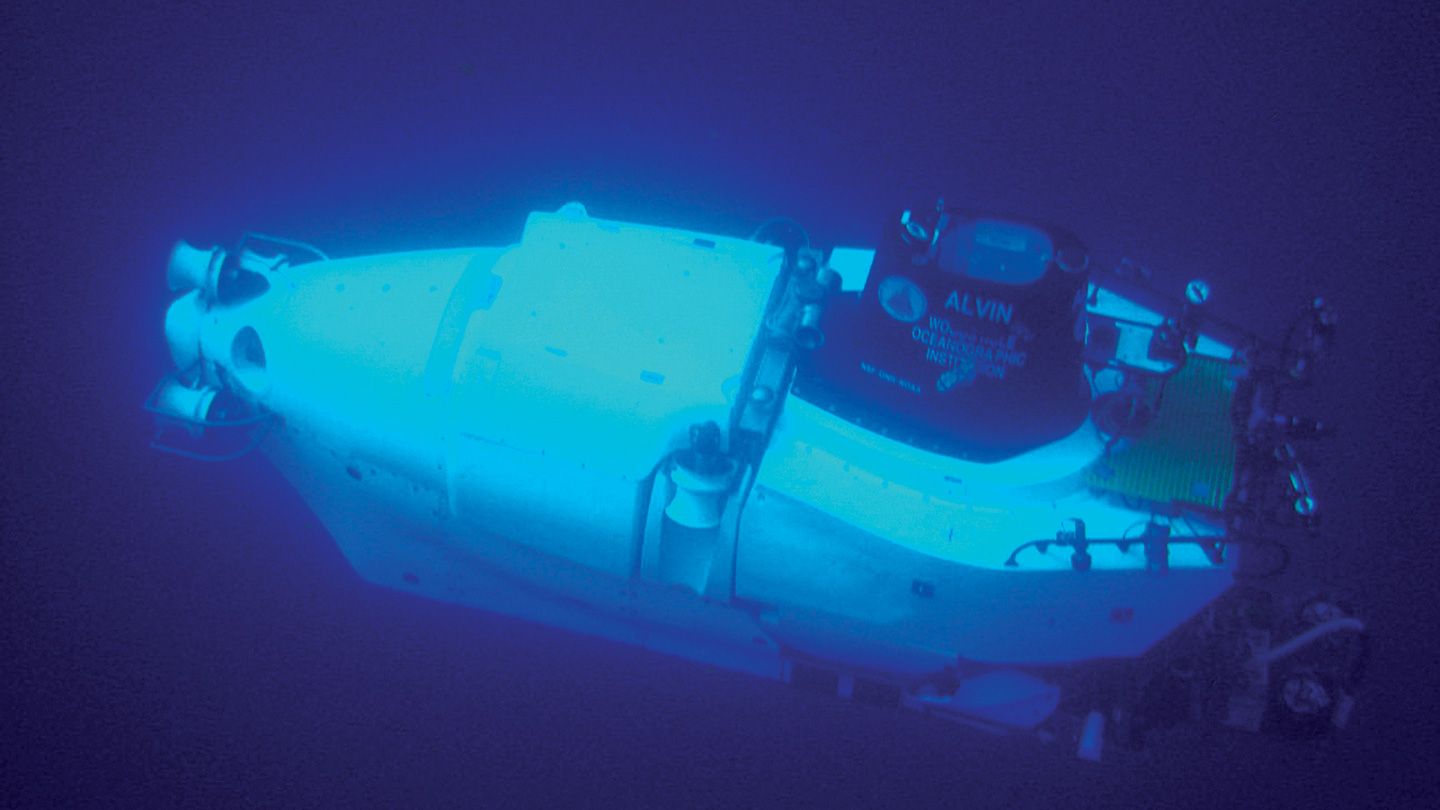 Science on a Mission
Naomi Oreskes
Univ. of Chicago, $40

In 2004, Japanese scientists captured the first underwater images of a live giant squid, a near-mythical, deep-ocean creature whose only interactions with humans had been via fishing nets or beaches where the animals lay dead or dying.

Getting such a glimpse could have come much sooner. In 1965, marine scientist Frederick Aldrich had proposed studying these behemoths of the abyss using Alvin, a submersible funded by the U.S. Navy and operated by the Woods Hole Oceanographic Institution in Massachusetts. During the Cold War, however, studying sea life was not a top priority for the Navy, the main funder of U.S. marine research. Instead, the Navy urgently needed information about the terrain of its new theater of war and a thorough understanding of the medium through which submarines traveled.

In Science on a Mission, science historian Naomi Oreskes explores how naval funding revolutionized our understanding of earth and ocean science — especially plate tectonics and deep ocean circulation. She also investigates the repercussions of the military’s influence on what we still don’t know about the ocean.

The book begins just before World War II, when the influx of military dollars began. Oreskes describes how major science advances germinated and weaves those accounts with deeply researched stories of backstabbing colleagues, attempted coups at oceanographic institutions and daring deep-sea adventures. The story flows into the tumult of the 1970s, when naval funding began to dry up and scientists scrambled to find new backers. Oreskes ends with oceanography’s recent struggles to align its goals not with the military, but with climate science and marine biology.

Each chapter could stand alone, but the book is best consumed as a web of stories about a group of people (mostly men, Oreskes notes), each of whom played a role in the history of oceanography. Oreskes uses these stories to explore the question of what difference it makes who pays for science. “Many scientists would say none at all,” she writes. She argues otherwise, demonstrating that naval backing led scientists to view the ocean as the Navy did — as a place where men, machines and sound travel. This perspective led oceanographers to ask questions in the context of what the Navy needed to know.

One example Oreskes threads through the book is bathymetry. With the Navy’s support, scientists discovered seamounts and mapped mid-ocean ridges and trenches in detail. “The Navy did not care why there were ridges and escarpments; it simply needed to know, for navigational and other purposes, where they were,” she writes. But uncovering these features helped scientists move toward the idea that Earth’s outer layer is divided into discrete, moving tectonic plates (SN: 1/16/21, p. 16).

Through the lens of naval necessity, scientists also learned that deep ocean waters move and mix. That was the only way to explain the thermocline, a zone of rapidly decreasing temperature that separates warm surface waters from the frigid deep ocean, which affected naval sonar. Scientists knew that acoustic transmissions depend on water density, which, in the ocean, depends on temperature and salinity. What scientists discovered was that density differences coupled with Earth’s rotation drive deep ocean currents that take cold water to warm climes and vice versa, which in turn create the thermocline.

Unquestionably, naval funding illuminated physical aspects of the ocean. Yet many oceanographers failed to recognize that the ocean is also an “abode of life.” The Alvin’s inaugural years in the 1960s focused on salvage, acoustics research and other naval needs until other funding agencies stepped in. That switch facilitated startling discoveries of hydrothermal vents and gardens of life in the pitch black of the deep ocean.

As dependence on the Navy lessened, many Cold War scientists and their trainees struggled to reorient their research. For instance, their view of the ocean, largely driven by acoustics and ignorant of how sound affects marine life, led to public backlash against studies that could harm sea creatures.

“Every history of science is a history both of knowledge produced and of ignorance sustained,” Oreskes writes. “The impact of underwater sound on marine life,” she says, “was a domain of ignorance.”

Buy Science on a Mission from Bookshop.org. Science News is a Bookshop.org affiliate and will earn a commission on purchases made from links in this article.

One of Georgia Tech's most impactful incoming transfers could be EJ Jenkins. Jenkins is coming over from South Carolina, where he was used as a wide … END_OF_DOCUMENT_TOKEN_TO_BE_REPLACED

In 2021, Las Vegas experienced its most frenzied market in years. Any agent could put a house on the market and it had a considerable chance to sell. … END_OF_DOCUMENT_TOKEN_TO_BE_REPLACED