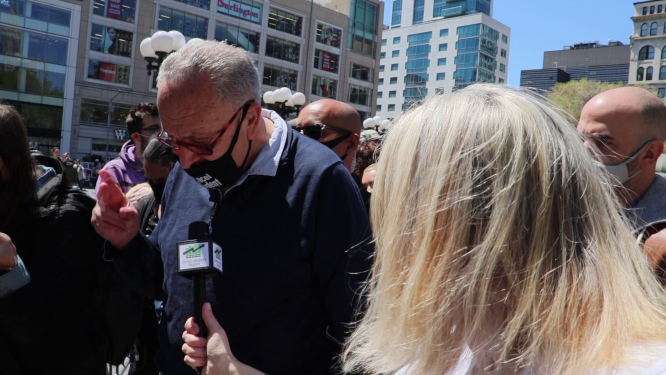 This year’s New York City annual cannabis parade brought out a who’s who of New York politicians and activists. Senator Chuck Schumer told the Green Market Report that he and Senator Booker will be introducing legalization legislation in a few weeks. In addition to Schumer, NY Attorney General Tish James spoke about social equity, Steve DeAngelo reminisced about his first NYC cannabis parade when he was 17. Vlad Bautista from Happy Munkey spoke for legacy operators, Tonya Osbourne represented cannabis women, Grizzzly BoCourt spoke on behalf of social equity applicants and Blinc CEO Arnaud Dumas de Rauly voiced his excitement over the soon to be legal market in New York. Thank you for watching the Green Market Report! Be sure to subscribe to stay up to date.

First-time jobless claims in the state increased by 40%, according to a government report.For the filing week ending July 30, the number of initial … END_OF_DOCUMENT_TOKEN_TO_BE_REPLACED

After landing 2025 outfielder Wesley Bass last week, Georgia Tech Baseball got another talented player to commit from the state of Georgia. Dominic … END_OF_DOCUMENT_TOKEN_TO_BE_REPLACED